Amazon's long-overdue clobbering: Why the online giant is in big trouble

News flash: Emperor Jeff Bezos is wearing no clothes. Investors are finally wondering: Where are the profits? 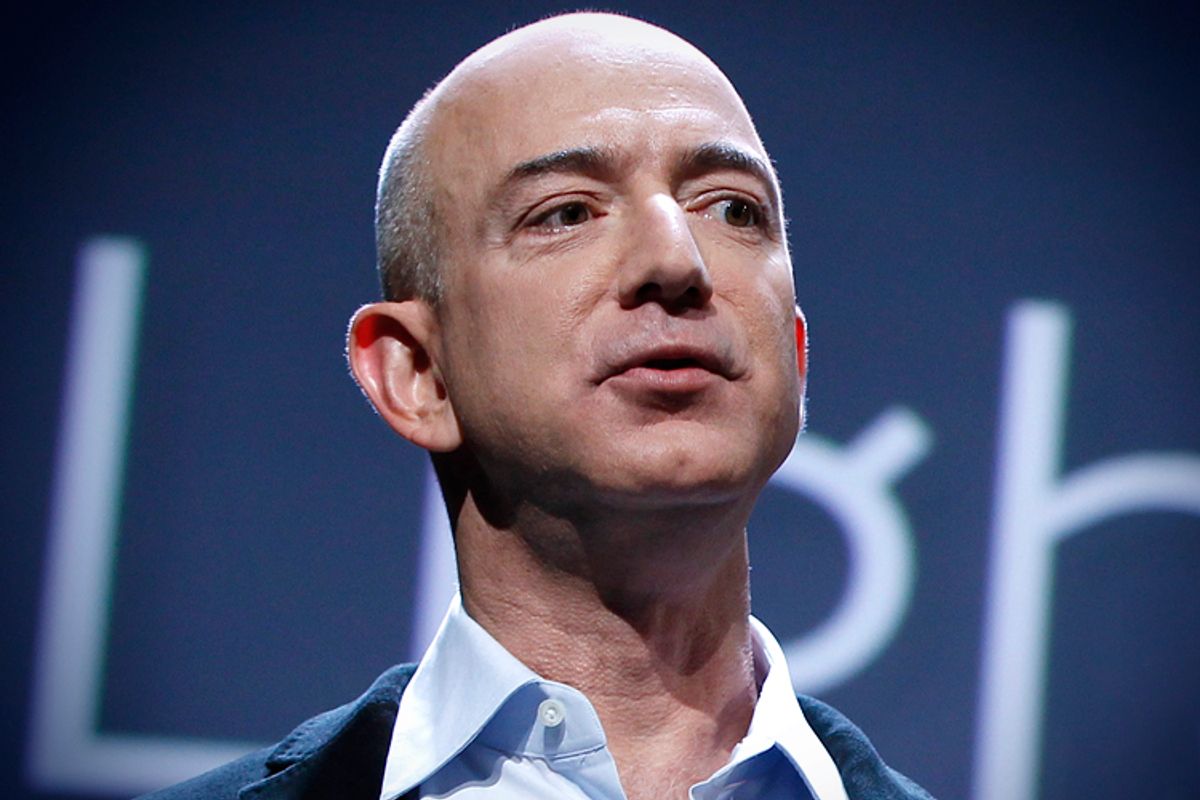 At long last, a turning point for Amazon? Shares in the online retailing giant plunged 12 percent Friday morning, after second quarter earnings came in well below expectations. The company announced a net loss of $126 million, and warned that third quarter losses could be much worse.

From Amazon's perspective, the uninspiring performance was no big deal. $126 million is barely a rounding error for a company that generated nearly $20 billion in revenue in a single quarter, and Amazon officials continued to, as the New York Times' David Streitfeld wrote,  "exude a serene if vague confidence."

“We’re not trying to optimize for short-term profits,” Thomas J. Szkutak, the chief financial officer, said in a conference call. “We’re investing on behalf of customers and share owners,” he said. “We’re fortunate to have these opportunities.”

The problem for Amazon, a company that is celebrating its 20th anniversary this year, is that at some point investors will wonder when the short-term finally becomes the long-term. For years, shareholders have been content to keep the faith. This week, after tech and telecom companies like Apple, Netflix and Comcast reported healthy profits, they seem to be getting itchy.

What does it mean? One sentence from the New York Times report says it all:

The quarterly results are likely to reinforce claims that Amazon is squeezing book publishers to make up for all those investments — not, as the company claims, simply to benefit customers.

The reference here is to the ongoing struggle between Amazon, Hachette and other publishers over e-book pricing. And it's a foreboding message. Now that Amazon is feeling the heat, it's starting to wield its near-monopoly power in anti-competitive fashion. Who could have predicted such a thing?