My mid-cancer photo shoot: How I posed naked and got over my body disgust

As women with colostomy bags and diabetes pumps go mainstream, I cheer because I know exactly what they're feeling 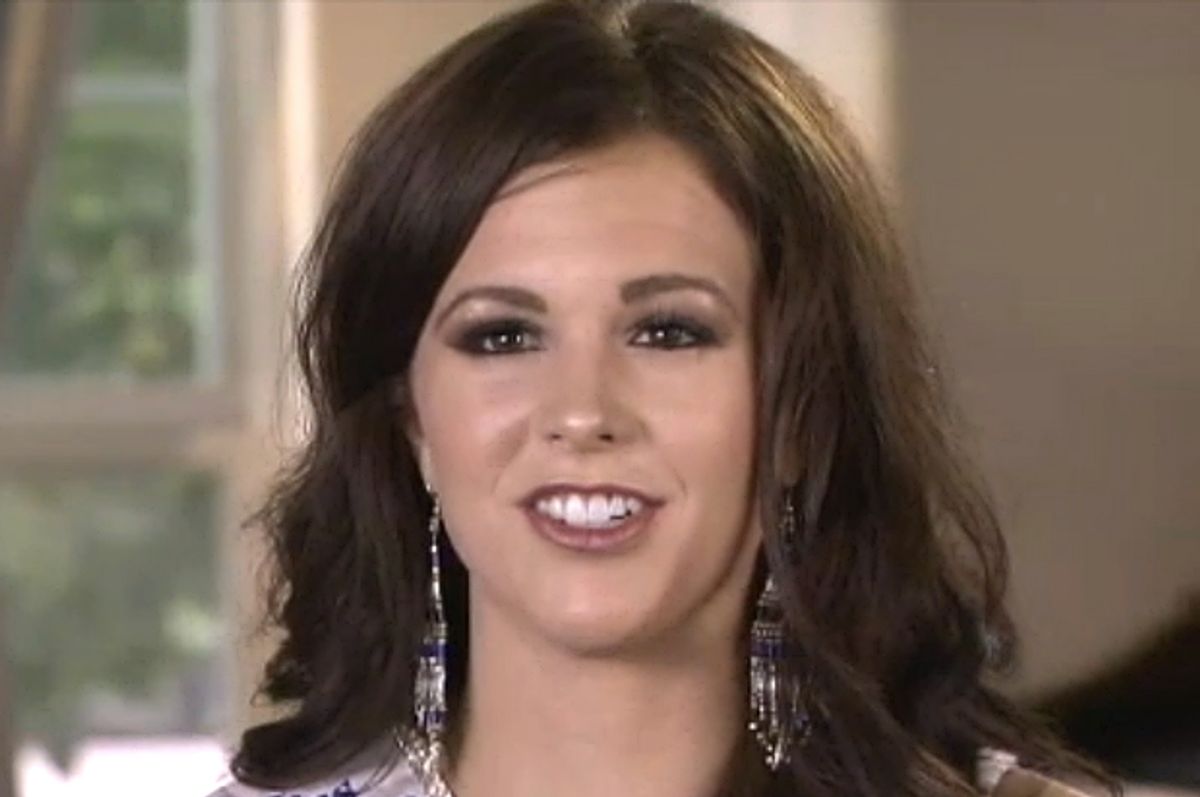 Three summers ago, a photographer friend challenged me to do a nude shoot in the midst of a frightening moment in my cancer experience. A little warily, I said sure. He, an assistant and I spent a long day together in the studio, and in that time my friend shot hundreds of photographs. There was only one that scared me. It happened when he asked me to show him the great big scar on my head.

Of the many things cancer has taken away from me, the most immediately identifiable is a five-centimeter circle off the top of my scalp. That area – once home to a malignant patch of melanoma -- has been replaced with a delicate skin graft, a large bald patch that's easy to miss if you're looking at me head on, but unmistakable from other angles. I also bear scars around my chest from the lung surgery, a patch on my thigh from the skin graft and a neat, small notch in my neck from the lymph node biopsy. But it's my bald spot that always bothers me -- it always feels to me the most unsightly and unfeminine, an old man's pate on top of a woman's body.

It's no secret that our cultural standards of beauty are hard-wired to the ideals of good health. The width of a woman's hips, the flush of her cheeks, the distance between her eyes --  they are all tied to well-being. So what happens, in a culture in which the words "woman," "body" and "flaunts" regularly appear together, when a female shows herself – and her less-than-ideal physical condition?

Last month, 23-year-old Betheny Townsend went viral after posting an alluring bikini photo of herself on the Crohn's and Colitis UK's Facebook page – colostomy bag and all. Describing a condition that has been a part of her life for 20 years – and has nearly killed her – she said, "I decided that my colostomy bags shouldn't control my life. So when I went to Mexico with my husband in December last year I finally showed I wasn't ashamed." The response was potent – an outpouring of support and admiration, as well as a surge in other, similar photos. The page exploded with bag-sporting women, men and children, all, as another "bag lady" cheekily put it, "Out and proud!" Others promised to follow Townsend's example, like the 59-year-old who got a colostomy bag at 21 and vowed, "I am going to wear a 2 piece to the beach."  Townsend, meanwhile, found enough support to go back to her own goals. "I feel confident enough now to put myself out there and pursue modeling again," she says. "I did a little bit of work here and there before I had the colostomy bags, but once I had them fitted I thought that was the end of the dream ... I'm looking forward to chasing my goals, and I know now that nothing can hold me back." And after being viewed by millions, she adds, "I never thought it would get a response like that. For me it's just a picture, but to so many other people, it's so much more."

Surprisingly, that wasn't the end of it. Townsend's bathing suit-clad success was then echoed earlier this month, when Miss Idaho Sierra Sandison wore her insulin pump during competition – including wearing the pump attached to her bikini bottom during the swimsuit portion. Sandison's action, one that she says came from understanding "I could still be beautiful with the pump," soon inspired others to do the same, and the hashtag #ShowMeYourPump swiftly encouraged others living with diabetes to post their own pump pics over social media. "I don't think we can escape what the media describes as beauty," Sandison says, "but I'd like to contribute to the diversity of beauty in the media.

Of course, as Sandison recognizes, it's still easier to gain acceptance as a conventionally beautiful woman – even one with a colostomy bag or an insulin pump – than it is to be a non-beauty queen. Last week, 19-year-old college student Samm Newman found her Instagram account briefly shut down for "violating community guidelines" after she posted photos of herself in her underwear. Instagram subsequently apologized, saying, "We wrongly removed an account." But Newman – who is overweight -- couldn't help noticing that these things don't seem to happen to thin women like the bootylicious Jen Selter, Miley Cyrus and Kim Kardashian, who all get a perpetual pass when it comes to underwear and bikini pics on Instagram. "Fat is not a bad word," she says. "How confident can you be if you keep censoring yourself because people don't want to look at you?"

All three women, in their different ways, are challenging what it takes to let ourselves be seen, and to be seen not as healthfully flawless. It's not an easy thing. I've certainly learned over the years that the hardest thing in the world to show isn't necessarily your body, but your imperfection. I'm not exactly brimming with modesty -- I was never one to breast-feed my babies under a blanket, and that photo shoot during my cancer treatment wasn't the first opportunity to pose nude I've accepted.

So when Chris asked to snap a picture of my head, I didn't even mind that doing so would require bending forward at the waist – the least flattering pose possible in all of nudity. I cared about the vulnerability involved in showing my head – and letting someone document it. But I took a deep breath, bent forward and pulled apart my hair so he could get a full view. The sound of his shutter was both terrifying and liberating. Because, trust me, there's undressed, and then there's "Go ahead and look at my damage" undressed. The photograph was striking -- not sexy, to be sure, but not scary, not ugly either. And from that day on, I have felt a lot less self-conscious about my head, which was pretty much the last thing I'd thought would be the takeaway from a nude shoot.

That's why I'm so grateful when people who look different can lead by example and show that an imperfect body is a powerful thing. It can overcome challenges unknown to Photoshopped Victoria's Secret beauties. When a hashtag like #ShowMeYourPump goes viral or a colostomy bag can feature in a beach pic, it says to everybody else going through their own challenges that there is nothing to be ashamed of, and that you're not alone.