The truth about our Wi-Fi society: What the quest for constant connection really means 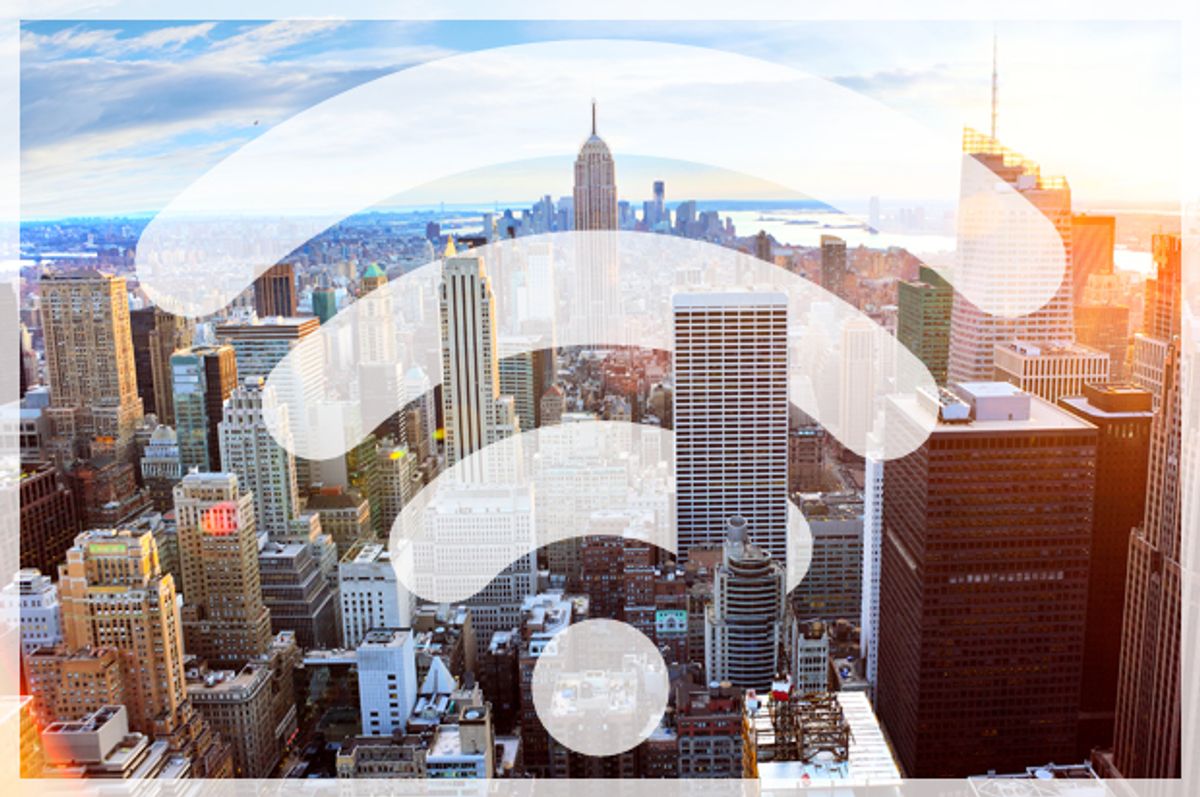 Beware the dark powers of Netflix. There I was, last Sunday morning, reading the news of actor James Garner's death on my laptop and nostalgically recalling how much my father, a longtime TV critic, had loved Garner's benchmark 1970s-era private-eye drama, "The Rockford Files." But my memories of the show were vague -- I was 12 when it premiered. I wondered idly if Netflix might carry it. Because isn't that what our contemporary digital lifestyle is all about? Access to whatever we want, whenever we want. Time has no meaning in 2014  -- get me the 1970s, now!

Before I could check myself, I was sucked down a time-warp rabbit hole, a fact I could not easily explain to my 16-year-old son, who was curious, and perhaps slightly alarmed, as to why I was spending a Sunday afternoon binge-watching car chases. I had expected to be charmed by James Garner. I didn't expect to become obsessed with the question of how Jim Rockford's adventures in L.A. would be different if he had owned an iPhone.

The wide-lapel shirts. The endless car chases. The shocking lack of racial diversity in Los Angeles as presented on 1970s television. There are plenty of obvious differences between the America of 40 years ago and the America of right now. But I couldn't stop fixating on just how often everything stopped in its tracks so that Jim Rockford could put a dime in a payphone: multiple times an episode. Without those payphones, the plot wasn't going anywhere. But in between those payphones, Rockford lived in a kind of L.A. limbo-land, his whereabouts gloriously unknowable. No one is as isolated today as Rockford was in his Pontiac Firebird on an L.A. freeway.

Benedict Cumberbatch's Sherlock Holmes uses a smartphone just as you would expect a genius detective to, with the entire Internet at his disposal to assist in the deductive process. It's clever, but it always seemed like cheating. Arthur Conan Doyle's Sherlock didn't need no stinkin' smartphone! A few puffs on his pipe was all that was necessary!

It was hard for me to avoid the sinking feeling that Jim Rockford with an iPhone would no longer be Jim Rockford. Always-on Wi-Fi would accelerate his genial slouch. The languid ocean outside his trailer would end up a trivialized mote in his Instagram-feed. The string of dames in distress wouldn't appear unannounced at his door; they'd find him on Tinder first.

I don't want Jim Rockford with a smartphone in his pocket. But that forces an uncomfortable conclusion. If I assume that a smartphone will mess up that '70s show, am I not admitting that it is screwing with my own current serial arc?

Those pay phones, of course, stand out in "The Rockford Files" because now, for the most part, they are gone, a prominently invisible marker of massive technological change. The transition has happened so quickly that on Monday I was surprised to read Bloomberg News reporting that Google is one of a number of companies "considering a plan that uses pay-phone locations to give New Yorkers free wireless Internet access."

My immediate reaction: No way! New York still has payphones?

Yes, according to Bloomberg -- around 7,300 of them, down from 30,000 in the mid-'90s. Nationwide, the U.S. only has around 430,000 payphones, down from a peak of 2.2 million. Those that remain are mostly located in low-income areas, where the price of a cellphone minute still matters. In the larger pop-culture imagination, they've vanished. Pick an hour, any hour, of contemporary television -- excluding "Doctor Who" -- and your chances of seeing a payphone are just about nil.

The sports writer and pop-culture critic Bill Simmons has written that in the late 1980s we all became the "short attention span generation," but less than a decade later we were already the "no attention span generation," thanks to the Internet. It's become a cliché to wring our hands about the acceleration of time, about our frenzied need to keep minute-by-minute track of our Facebook likes and Twitter favorites, of our inability to sit through dinner without checking Imgur or Reddit. There's a strong temptation, when one immerses oneself in the past, to wax nostalgic for simpler times, a slower pace, the sound of silence. (Though I think we can still do without the car chases. God, they're boring.)

So when we hear about Google turning old pay phones into Wi-Fi spots its easy to wonder, do we really need this? Do we really need even more access to the Internet. What for? So I can watch "The Rockford Files" on my phone while waiting for the bus without paying onerous bandwidth charges? So that Google can monetize my every online interaction more effectively than ever by geolocating targeted ads as I stroll down Second Avenue? When do we say enough!? We're already connected enough?

But here's the funny thing. The ubiquity, both cultural and physical, of pay phones in the pre-cellphone era tells us, loud and clear, that our frantic need for connection is not merely an artifact of the networked age. Just as Google and Facebook and Apple make their billions profiting off our insatiable need to see that last email or baby pic or viral Mary Poppins endorsement of a living minimum wage video, so to was the AT&T of yesteryear cashing in on our permanent chase for connection.

The first thing Jim Rockford does when he enters his trashy trailer, even before putting ice on the latest bruise sustained from a savage beating by some hired thugs, is check his answering machine. Those of us who are actually old enough to remember owning physical answering machines will recall the impulse. We needed to know who, if anyone, had tried to connect with us while we were out of contact. But that's the same impulse that forces us to check our email today while waiting in line at the cashier, or look to see if anyone has liked our latest wry observation on social media.

It's easy to delude ourselves, when we submerge in what we recall as the "slower" rhythms of yesteryear, that once we lived in slow time and now we live in fast time, but the fact is, we've always lived just as fast as our technology will allow. Paradox alert: We decry, with plenty of justice, how our current technology distracts us from establishing meaningful connection with our fellow human beings, but it is our deeply human desire for connection that keeps us clicking and scrolling and texting and sharing.

Jim Rockford was a cool cat who had a great talent for alternating sly humor with exasperation. After some thought, I'm guessing he, like any private investigator, would have adored a tool that helped him catch crooks. And instead of putting dimes in the AT&T phone, he'd be grabbing coffee at a Google-enabled Wi-Fi hotspot.