This is the best gay character on television: How "Masters of Sex" gets the tragedy of 1950s gay life right

Barton Scully, played by Beau Bridges, perfectly captures the experience of being closeted in the 1950s 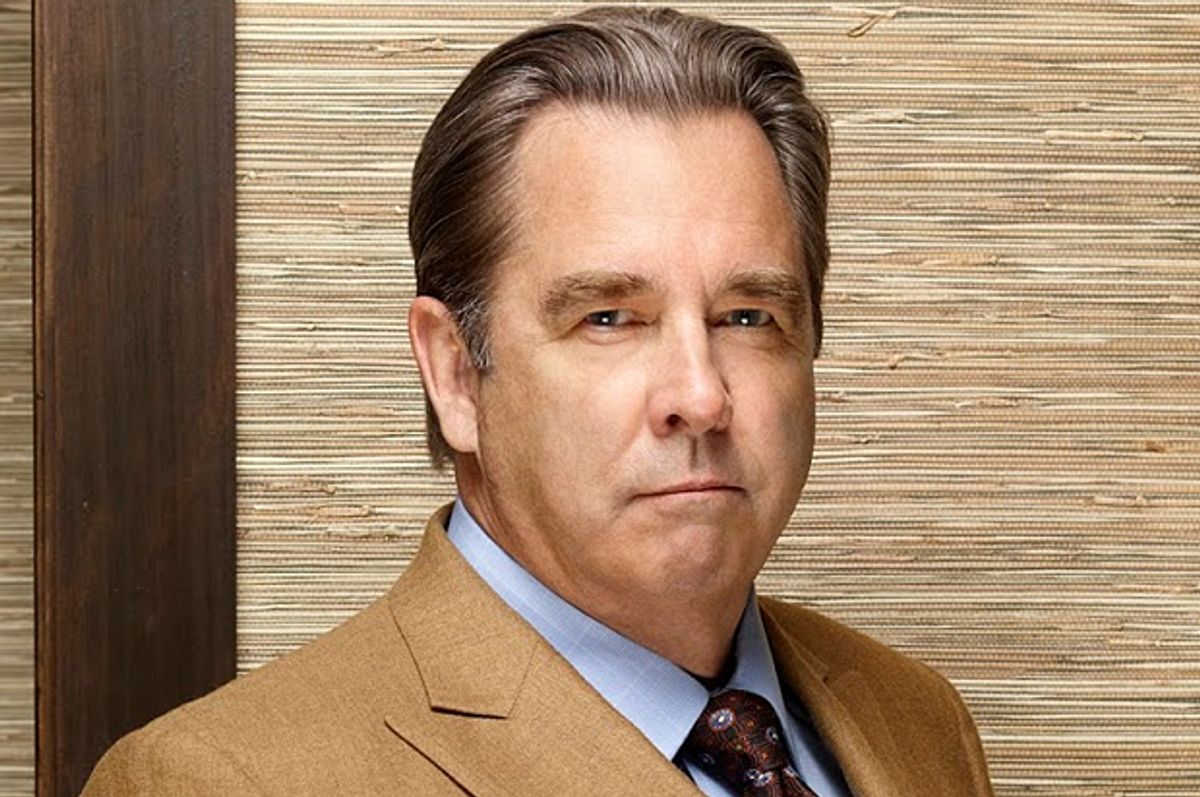 Beau Bridges as Barton Scully in "Masters of Sex" (Showtime)
--

"Masters of Sex" doesn't get nearly as much attention as it deserves -- the subtle, unshowy series about early investigations into human sexuality doesn't stand out in a time of ever-more-baroque investigations of the male antihero. What attention the period show gets is generally for its depiction of the relationship at its center -- between the two sex researchers, the highly respected William Masters and the marginalized Virginia Johnson. (They're played, well, by Michael Sheen and Lizzy Caplan; Caplan is nominated for a best actress Emmy and would be a worthy winner.)

The version of "Masters of Sex" that would likely get much more press, one suspects, would be one that tightly focused on Sheen's internal drama and his power-mongering within the hospital, at the expense of the very real thoughts and feelings of the women around him. Either way, "Masters of Sex," for whatever reason -- its unexplosive subject matter, its less-showy performances -- is low-wattage, as cable dramas go. And so it is that the most fascinating gay character on television has gotten much less press than he deserves. Beau Bridges' performance as a gay man who's not quite in the closet (at least not to his wife) but deeply uncomfortable with his own desires has been a highlight of television over the past year. And Bridges' performance deserves more attention for the way it's able to bring to tragic life the gay experience in the 20th century. Anyone who thinks that "House of Cards'" convenient deployment of Frank Underwood's fluid sexuality is tacky and unrealistic should be calling their cable provider to get Showtime now.

Bridges' Barton Scully, a fictional provost at Washington University (where Masters and Johnson work), only supports the study of human sexuality because he's been blackmailed -- Masters knows Scully sleeps with male prostitutes. Scully wants, very badly, to be "good" by the standards of the day; he's married, with a daughter, and he wants the marriage to work even despite his wife's misery. His wife, Margaret, is a glum survivor who knows that her marriage is not like that of others; the scene in which Allison Janney's tense face betrays her character's embarrassment over her nonexistent sex life is, a year later, painful to watch.

In the season premiere two weeks ago, Barton's inner turmoil came to a head; the character underwent electroshock therapy whose aftereffects were grotesque. He threw up on-screen, begged for his wife, and was, in the end, still gay. His attempt at sex with his wife (from behind, so that he didn't need to look at her) was reminiscent of a throwaway scene in "Brokeback Mountain"; how far entertainment has come that "Masters of Sex" gave Janney the opportunity to speak her mind and beg her husband to look at her.

Everything about the depiction of the Scully marriage is two degrees off from what the viewer expects. Barton's suicide attempt, in the season premiere, would have been in tidier shows the endpoint of a plotline whereby we all learned how tough it was for gay guys in the 1950s. Instead, it wasn't successful, and resulted in a disturbing scene where his daughter and wife tried to get him down as he bounced from the ceiling like a deli salami. He can't even kill himself the right way.

"Mad Men," another show dealing with changing mores in a roughly similar time period, treated its gay character Salvatore Romano with a perpetual wink; it was funny, or at least wry, that no one at Sterling Cooper detected the flames perpetually emanating from the art director. But "Masters of Sex" never winks. It treats the Scullys' marriage as a tragic and gripping story, so complicated it can't be reduced to a truism about the past. Within the world of the show, they're convincingly, platonically in love. Barton gets electroshock not solely to demonstrate the cruel narrow-mindedness of the '50s but because he earnestly wants to be the husband he believes he can be. The misinformation and confusion around homosexuality, here, is all the more heartbreaking for the show's refusal to pander to our prejudices about the past.

There may be cause for concern, though. "Mad Men," when it was done with Sal Romano, wrote him out -- and in last week's episode, the Scullys' daughter tells Masters that her parents have headed to Europe to recuperate. We can only hope that they will come back with more story to tell; the changing attitudes around homosexuality are such a part of the story of sex research that they deserve a consistent spot on "Masters of Sex." That the societal change, and its crushing slowness, is brought to life by two such brilliant performers is a bonus.