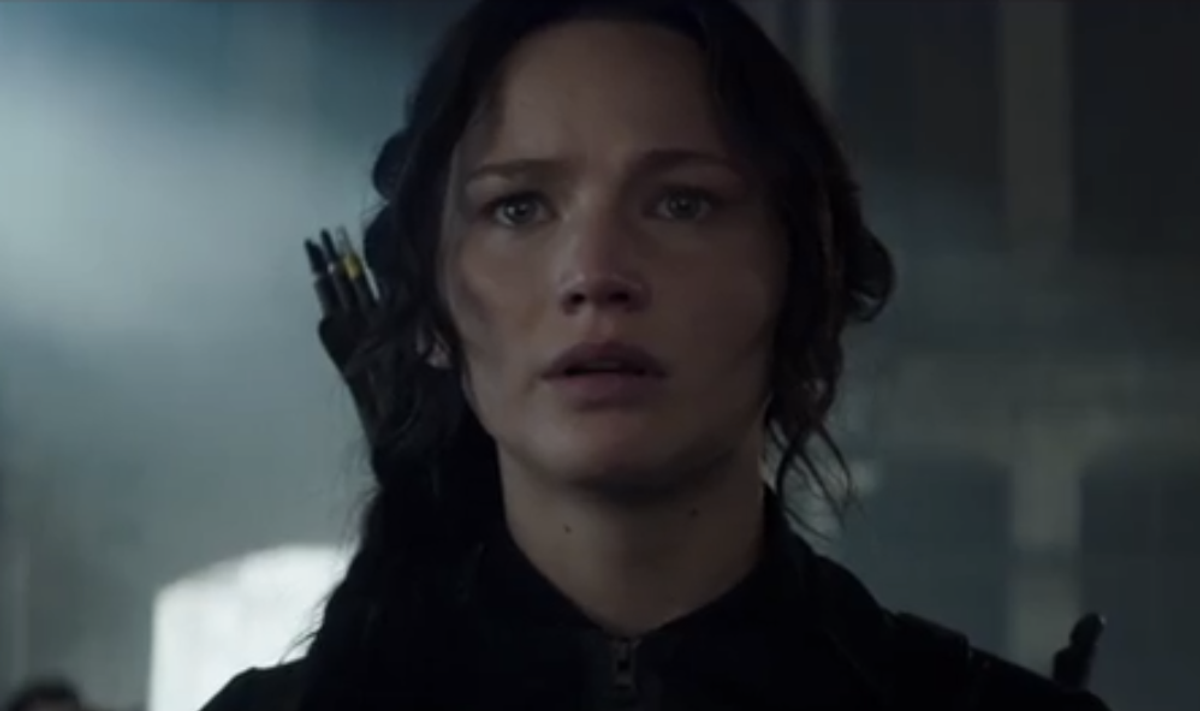 Lionsgate has released another one-minute-long teaser trailer for "The Hunger Games: Mockingjay Part 1," but unlike the previous propaganda messages from the Capitol of Panem, this one gives audiences a preview of the revolt that's about to come. Previous clips showed Peeta Mellark (Josh Hutcherson) standing dutifully alongside President Snow (Donald Sutherland), but protagonist Katniss Everdeen (Jennifer Lawrence), Peeta's fellow tribute, was nowhere to be found. In this trailer, which debuted on Friday at Comic-Con, we finally see what Katniss is up to: leading a group of rebels with the aid of Head Gamemaker, Plutarch Heavensbee (Philip Seymour Hoffman).

"Are you here to fight with us, Katniss?" asks one rebel.