McDonald's pulls all meat from China after expired food scandal 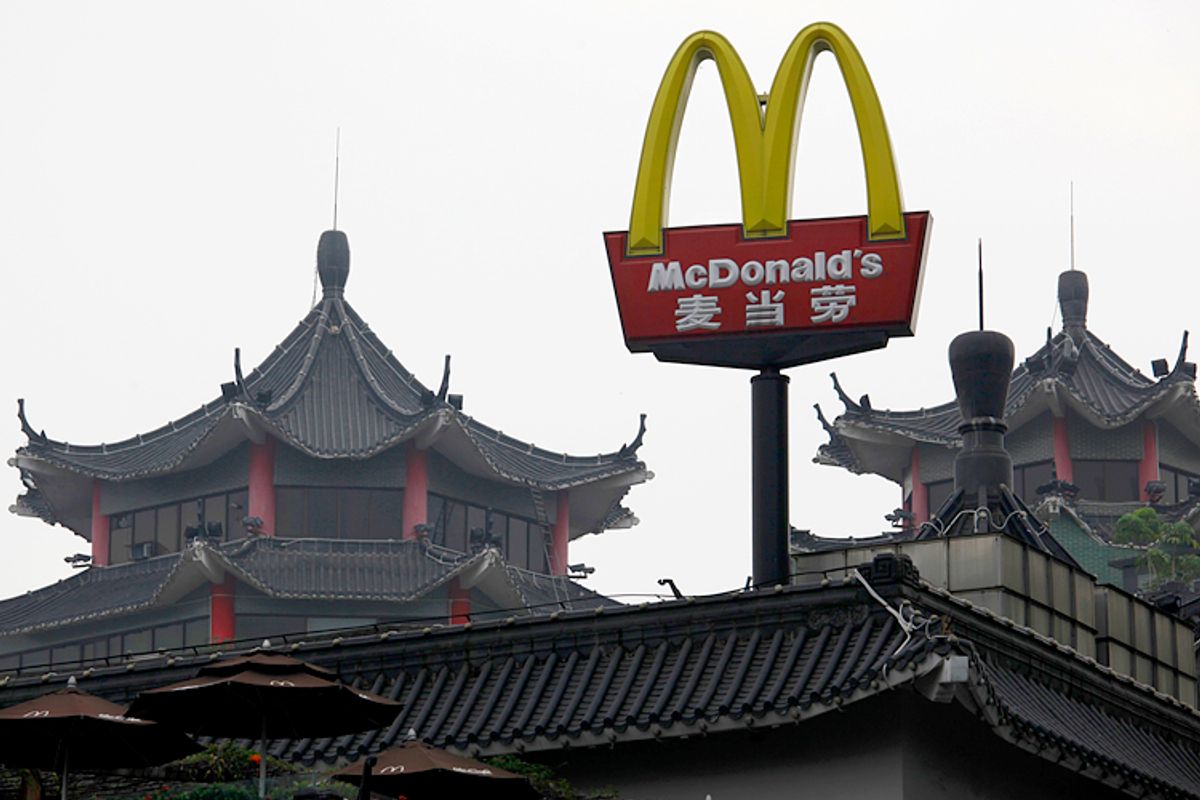 It seems McDonald's does have some standards when it comes to meat quality: the fast food giant has pulled all beef, pork and chicken items from its restaurants in China meaning that fish burgers -- fish burgers! -- are the only sandwiches available. The decision comes after McDonald's U.S.-based food supplier, OSI Group, massively recalled its products after being accused of repackaging old meat as new.

In a statement, the unfortunately named OSI President David McDonald apologized for the screw-up:

Our investigations have found issues that are absolutely inconsistent with our internal requirements... Our China operations will now become a part of the OSI International umbrella.

OSI had operations in 16 countries as of 2013, and was working to process around 300 million chickens per year in China alone. Yum.