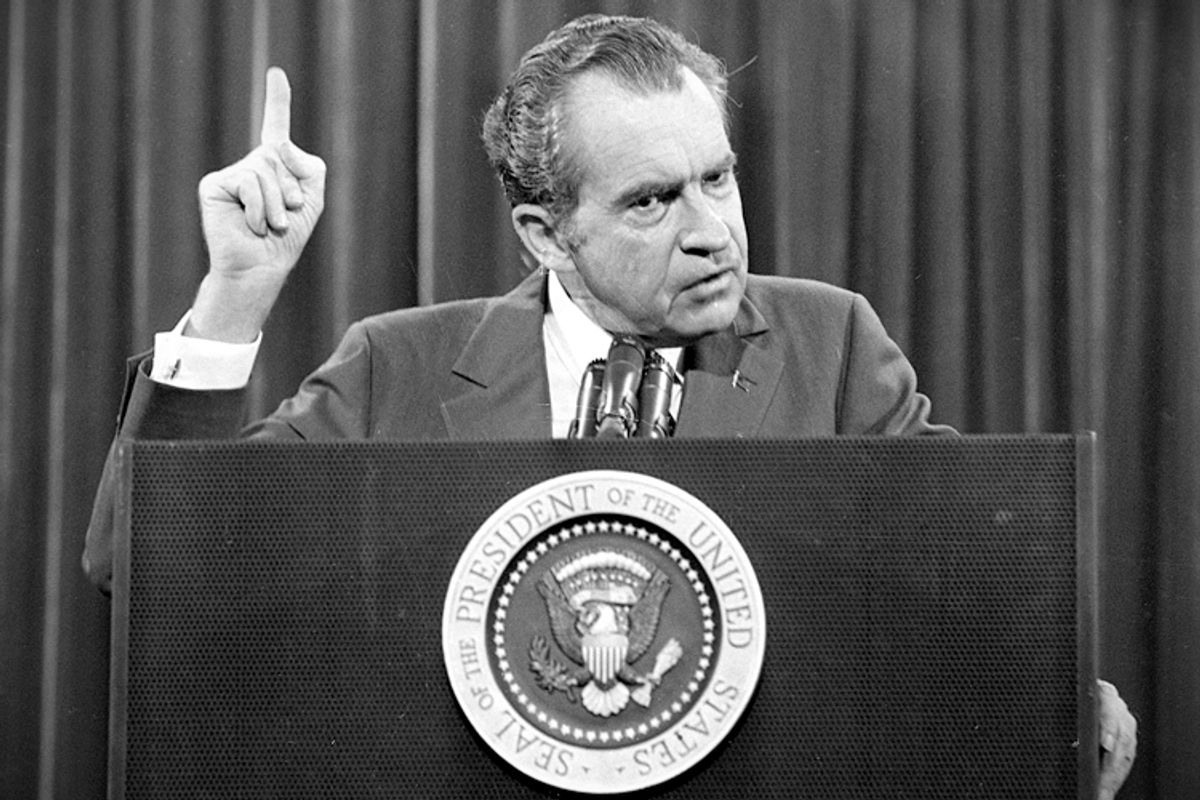 Ah, the Nixon tapes -- such informative, insightful tools of understanding, still providing strange revelations no one ever thought to expect. Take, for example, a factoid recently made available in Douglas Brinkley and Luke A. Nichter's new book, "The Nixon Tapes: 1971-1972," regarding President Nixon's deep interest in Ling-Ling and Hsing-Hsing, the pair of pandas China gifted to the U.S. in 1972. Turns out, the president was super invested in how the fluffy bamboo-loving bears get it on.

As the authors explain on the Washington Post's PostEverything blog, Nixon revealed his odd fascination while leaking news of the pandas' impending arrival at the National Zoo to Washington Star foreign editor Crosby Noyes. In his conversation with Noyes, Nixon expressed pointed concern for young Ling-Ling and Hsing-Hsing's grasp on the whole "mating" thing:

Nixon: Now, as a matter of fact, let me tell you an interesting thing about—that you must know, you can only use on your own if you want, but not on comment. I was just talking to [White House Chief of Staff] Bob Haldeman who talked to his Chinese hosts, and this question of mating is very interesting. These are—This is a male and a female.

Nixon: The problem with, uh—The problem, however, with pandas is that they don’t know how to mate. The only way they learn how is to watch other pandas mate. You see?

Nixon: And, so they’re keeping them there a little while—these are younger ones—

Nixon: —to sort of learn, you know, how it’s done.

Noyes: Sure, learn the ropes—

Nixon: Now, if they don’t learn it they’ll get over here and nothing will happen, so I just thought you should just have your best reporter out there to see whether these pandas—

Noyes: Well, we certainly will—

Nixon: —have learned. So, now that I’ve given you the story of pandas let me let you get back to your more serious questions.

Listen to the full audio below: