A Calgary fertility clinic tried to tamp down "rainbow" families

An awkward attempt to walk back a stunning racial policy 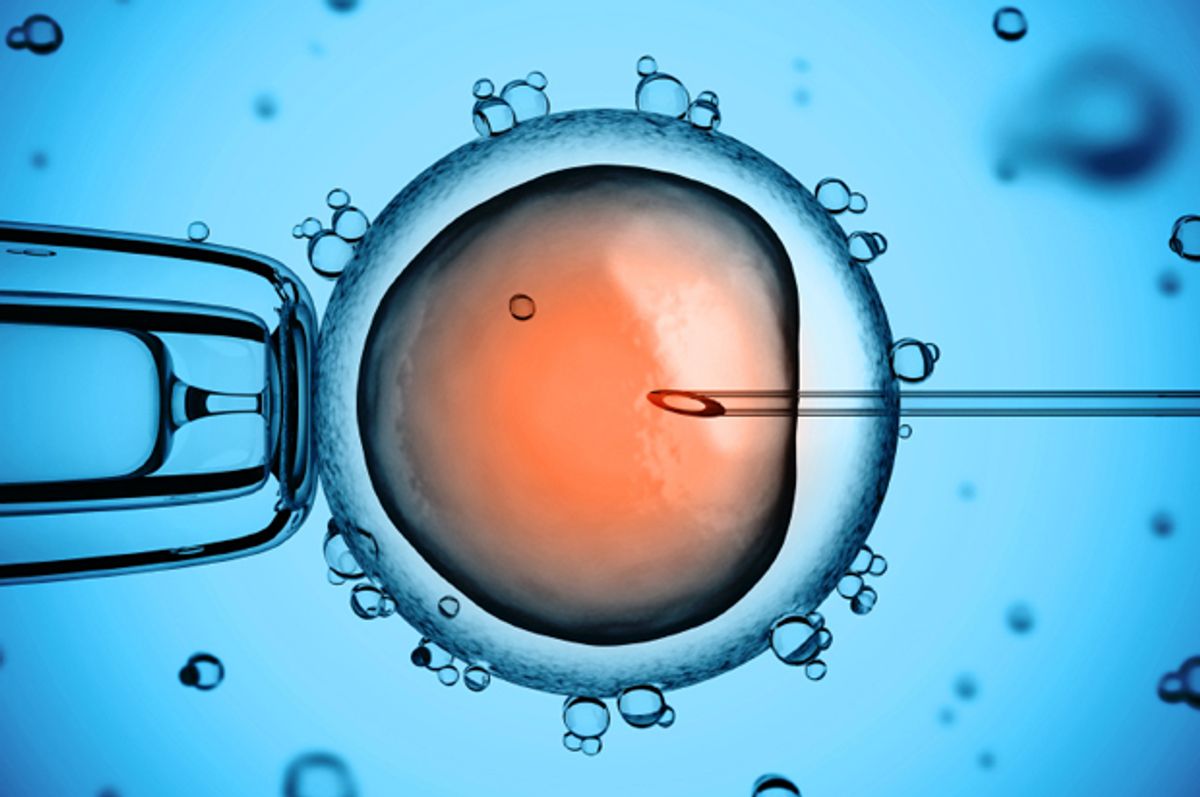 A Calgary fertility clinic would like you to know that it no longer requires clients to limit themselves to choosing donors of similar ethnicities to their own. Any more.

The Regional Fertility Program found itself the center of international headlines this week, after, as the Globe and Mail reports, one of its doctors "told a single Caucasian woman seeking in vitro fertilization that she could receive sperm from only white donors." The woman, known only as Catherine, says, "That’s when everything went downhill. I was absolutely floored."

That directive certainly seemed in line with the policy stated on its site, which as of Monday still explained, "It is the practice of the Regional Fertility Program not to permit the use of a sperm donor that would result in a future child appearing racially different than the recipient or the recipient's partner." And a private facility, its policy demonstrated that it's part of a system in which doctors and administrators can, as Matt Gysler, former president of the Canadian Fertility and Andrology Society says, "essentially write their own rules and then the clinic, which is maybe a group of physicians, will rewrite their own rules and then agree to practice in a similar way."

But after receiving an onslaught of surprised news stories and attention, the clinic has attempted to clarify itself – though it hasn't done a bang-up job of sounding like it has a truly firm handle on the whole "It's the 21st century and mixing races is perfectly okay" thing. Instead, clinic spokeswoman Paula Arab issued a statement that "For more than a year, patients of the Regional Fertility Program have had the choice of egg or sperm donors of any ethnicity. Unfortunately, this change in policy was not updated on our website, which is currently under construction. This was an oversight and that older policy has now been removed." On its site, the clinic similarly disputed the "erroneous media reports about a policy that restricts patients to using donors of the same ethnicity," vowing that "No such policy exists…. Since changing our policy last year, the clinic has treated numerous patients who have requested donors of different ethnicity." All hail the Regional Fertility Program, unafraid of miscegenation since 2013! A whole year ago! And booooo to those irresponsible media reports that directly quoted our own doctors and promotional materials!

The clinic now explains that "Ethics and ethical debates have always characterized the topic of fertility treatments and will likely continue to do so in future but these difficult issues should not detract from the core work of the Regional Fertility Program in assisting individuals and couples create families. The change in policy reflects the multicultural society we live in today. The Regional Fertility Program respects ethnic diversity and the autonomy of the reproductive choices made by our patients." One could say thanks a bunch for that grudging respect for helping create multiracial families -- a subject of "debate" and a "difficult issue" -- but it's still hard to feel convinced it's totally on board. Administrative director Dr. Calvin Green "confirmed" to the Calgary Herald just on Saturday that the clinic would not assist couples or individuals who wanted to conceive children of different ethnicities, saying that the no mixing policy had been in place since the clinic launched in the 1980's. "I’m not sure that we should be creating rainbow families just because some single woman decides that that’s what she wants," he said, in a statement dismissive of both mixed race families and single mothers. "That’s her prerogative, but that’s not her prerogative in our clinic." He added that the clinic believed "A child of an ethnic background should have the ability to be able to identify with their ethnic roots" and that clients should have a "cultural connection" to their donors.

"I would ask you," Green asked in his weekend interview, "why would you not choose somebody of your own cultural background?" How about, because none of your business? Additionally, potential client Catherine said that by the time she looked at the pool of healthy donors of her own race, she was left with a small number, and that she was less interested in race than a healthy baby anyway. "Frankly, it’s appalling how many people have the same donors, probably because of this policy," she added. "A friend of mine just went through this process and used the donor that I would have picked." But Green countered, "She needs to look harder, because I can tell you reasonable people can easily find a suitable donor." Yeah, this sounds like it's totally her problem here.

Five years ago, the Alberta Human Rights Commission upheld the clinic's policy, after a couple who had no infertility issues attempted to use their facilities to conceive a child of a different race. But on Monday, the clinic insisted, "The comments in recent news reports that were attributed to Dr. Cal Greene represent his own opinions and do not reflect policies at the clinic. Dr. Greene, a respected fertility physician, was speaking as an individual physician on the ethics of fertility."

Yet it's hard to imagine how thoroughly respectable Greene will continue to be, with more people now knowing his thoughts on single parents and "rainbow" families. The clinic may have revised its written policy but its attitudes seem to remain deeply engrained. Whether you're going to a clinic or doing things the more old-fashioned way, the question every person contemplating starting a family needs to consider very seriously is, who do I really want to make a baby with? And that's a question usually best determined not by race, but the heart and the mind.