6 obscene celebrity rants in support of Israel's assault on Gaza

Joan Rivers has called for the Palestinian region to be "wiped out," while Bill Maher likens Hamas to a crazy woman 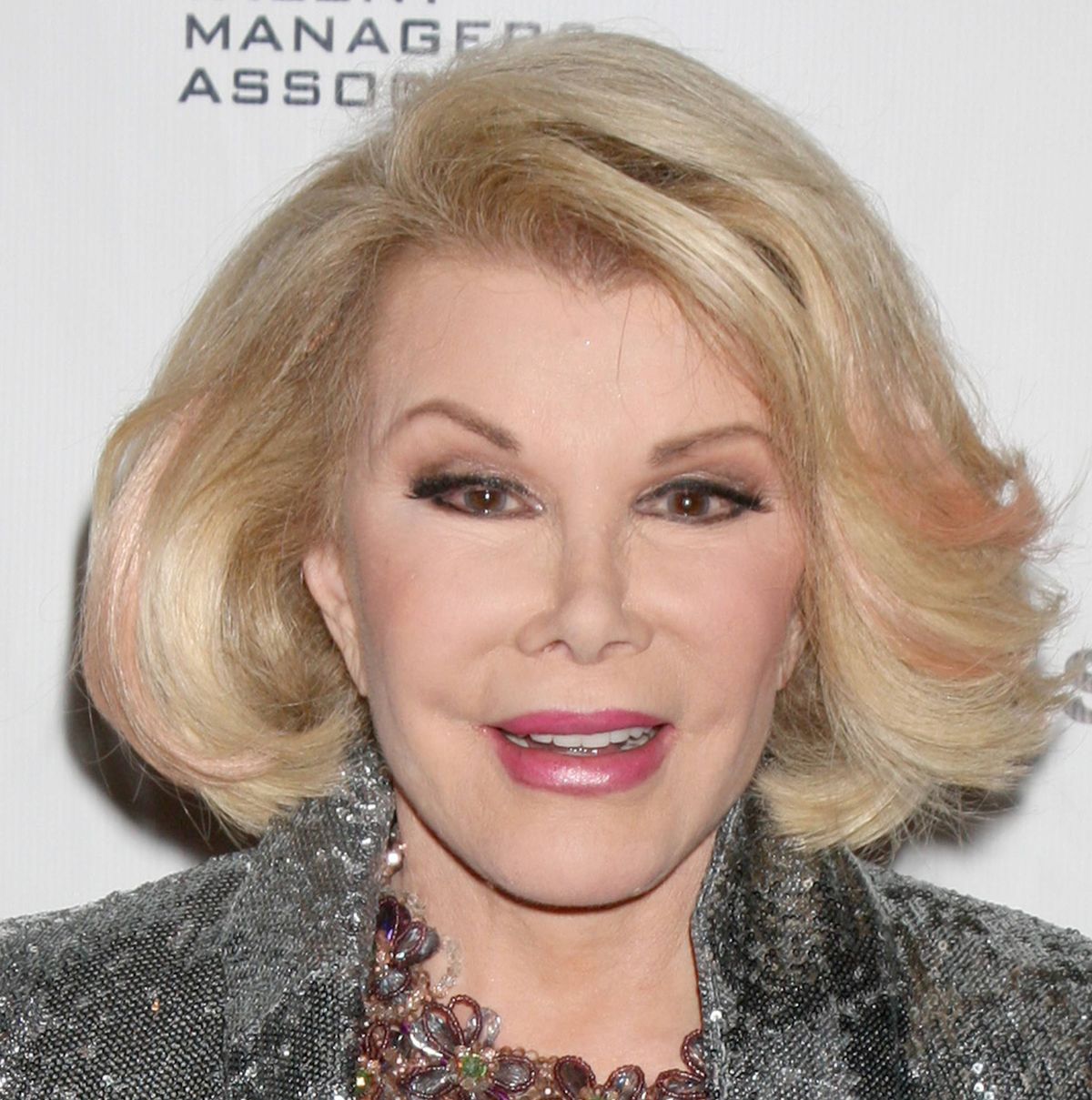 The Israeli assault on Gaza has sparked intense, and often vitriolic, debate across the U.S., and the entertainment business is no exception. A number of Hollywood celebrities have come out in protest of the bombardment of the people of Gaza by Israeli air strikes and artillery, a signal that the mainstream discourse in the U.S., Israel’s number-one ally, is shifting. But the opposing side has also come out swinging.

Pro-Israel celebrities have voiced support for the assault, lambasting other stars in the same business for critiquing the state they support. The high-profile back and forth is a window into how polarizing Israel has become after decades of largely uncritical support in the U.S.

Here are six pro-Israel celebrities who have spoken up in recent days.

1. Joan Rivers. This American actress and comedian delivered what celebrity news website TMZ.com called a “rant” in support of Israel over the weekend.

“If New Jersey were firing rockets into New York, we would wipe them out,” said Rivers. (The analogy only works if New York occupied and put New Jersey under a crippling air, land and sea blockade.) Asked about civilian casualties in Gaza, Rivers echoed Israeli army claims by saying, “don’t put your goddamn things in private homes! I’m sorry, don’t you dare put weapons stashes in private homes.”

Rivers also unleashed a torrent of criticism at Selena Gomez, the pop star who sent out an Instagram post praying for the people of Gaza. “Let’s see if she can spell Palestinian,” she said.

2. Howard Stern. Long a supporter of Israel, Stern did not hold back when a caller on his radio show said that Israel was to blame for the current crisis. His profanity-filled rant on SiriusXM went viral.

“I’m so tired of the bullshit. If you’re anti-Israel than you’re anti-America. It’s the only democracy over there, it’s the only friend we have who’s willing to fight and stand up for what’s right,” said Stern. He also lashed out at Pink Floyd’s Roger Waters, who is one of the most prominent supporters of the boycott, divestment and sanctions (BDS) movement targeting Israel over human rights violations. Stern said Waters should “shut his mouth.”

3. Bill Maher. The comedian is a darling of liberals, but when it comes to Israel, the host of HBO’s “Real Time” is all for war.

Maher kicked up a storm of controversy over a Twitter message he sent that read: “Dealing w/ Hamas is like dealing w/ a crazy woman who's trying to kill u — u can only hold her wrists so long before you have to slap her.”

On his show, he agreed with conservative guest, Daily Caller writer Jamie Weinstein, on the Gaza conflict. “If it’s your father, your brother, your uncle who’s firing those rockets into Israel, who’s fault is it really? Do you really expect the Israelis not to retaliate?” said Maher. He also got in a crude anti-Muslim joke. “Jews have, I think, 155 Nobel Prizes, Muslims have two. That seems like kind of a big advantage for team Hebrew.”

4. Jon Voight. Speaking at a pro-Israel rally in Las Vegas, the Academy Award-winning actor said that President Obama and Secretary of State John Kerry “do not really have Israel’s back covered as they say they do. Instead of telling Hamas to stop sending rockets into Israel aimed at its civilian population, they say Israel has to stop killing civilians. What a travesty of justice.”

5. Omri Casspi. The Israeli basketball player, formerly of the Houston Rockets, has used his public platform to defend the state he was born in.

“600 missiles been fired from GAZA by Hamas in the last 4 days. NUMBERS DONT LIE. STOP LYING,” he tweeted on July 12. That tweet came after his former teammate Dwight Howard sent out a message that read, “Free Palestine.” After a firestorm of controversy, Howard deleted the tweet, saying he would not comment on international politics anymore.

In an interview with the Sacramento Bee, Casspi doubled down on his position. “I think of the people in Gaza… they think Jewish people are monsters with three heads. But Hamas is using humans as shields and building tunnels under people’s houses. What do we do?”

6. Mark Pellegrino. Americans may not know his name, but they probably know his face. Pellegrino has appeared in the popular television shows “Lost” and “Dexter” and the movie The Big Lebowski, among others. His social media messages have been supportive of Israel.

“Great quote from an Israeli Lt. Col: ‘Israel uses weapons to safeguard civilians. Hamas uses civilians to safeguard weapons.’” he wrote. He added: “not Israel's fault that those terroristic cowards hide behind children and fire rockets from apartment complexes. then display the bodies of the children they used as human shields to shame the Israelis. The shame is entirely on Hamas.”

Bonus: Jeff Halevy. "The Today’s Show" fitness correspondent won’t be well-known to most Americans. Nevertheless, he is on TV a lot, and he is also voicing support for Israel on Twitter. Responding to journalist Michael Tracey, Halevy said: “Israel shouldn't eradicate those who preempted the action by firing missiles at it?” He followed up with more tweets, including one that read: “Israel sought peace when it gave Gaza to the Palestinians in 2005 & all they’ve gotten in return is incessant rocket fire.”