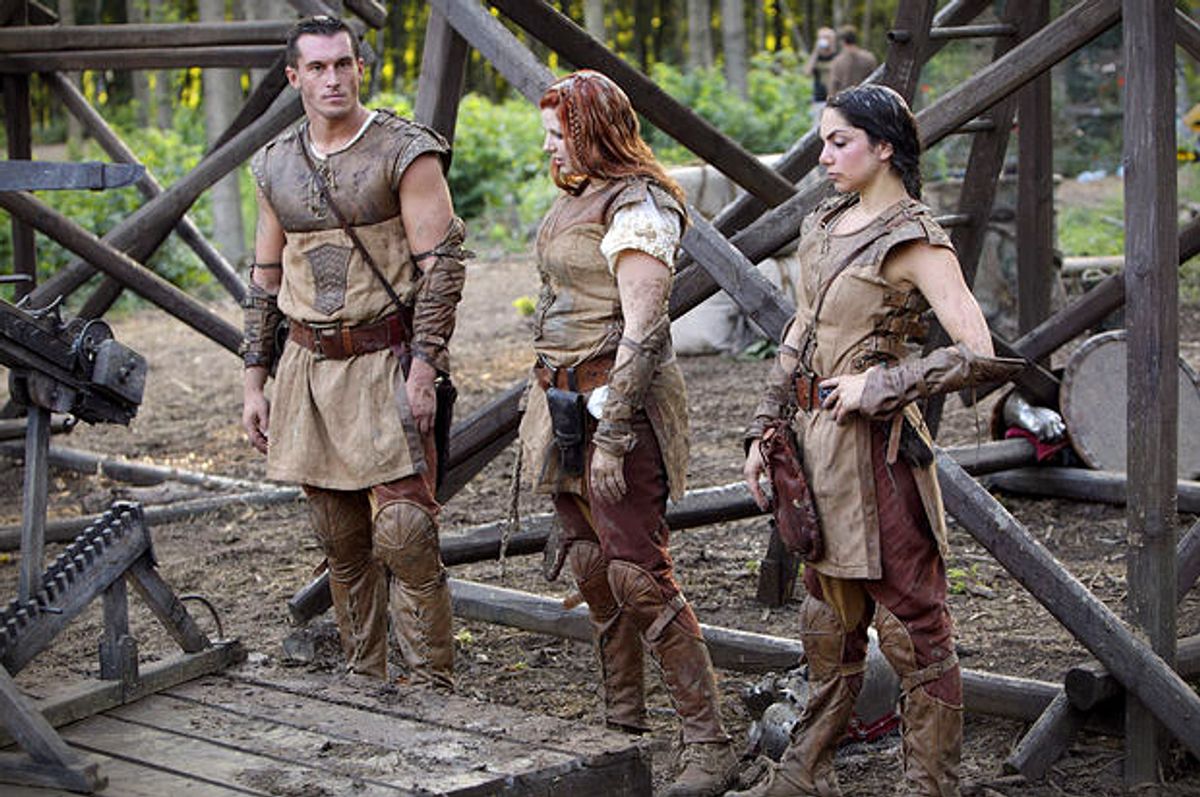 The resemblance between reality television competitions and the corporate workplace was evident even before "The Apprentice" came along. Perhaps one reason this genre of TV has proven so enduring is how readily it speaks to the little dramas of office politics: the series of seemingly meaningless tasks; the superficial praise of teamwork papering over the constant drumbeat of reminders that you are competing against each other; the canned pep talks and two-bit psychologizing; the back-biting, double-dealing, gossip and feuds; the encouragement to blame yourself for failing to succeed in a rigged system and, finally, the nagging awareness that even when you "win," someone else will be making most of the money.

Traditional fantasy films and books, on the other hand, cater to the modern reader's desire to escape all that. They're a doorway into a story where what the characters do matters deeply and easily. The fate of the world hangs upon the hero's valiant actions and it's easy to tell the good guys from the bad. We're not talking George R.R. Martin here, or any of the newer, more complex fantasy narratives; think the late novelist Robert Jordan or the 1985 Ridley Scott film, "Legend." This vein of the genre can be hokey, simplistic and profoundly conservative, but it's certainly not petty.

So, while most viewers will marvel over the impressive way ABC's new reality series "The Quest" mimics the production design of a fantasy film, the most truly audacious thing about it is its determination to blend these two wildly different types of entertainment. The show whisks a band of incredibly uninteresting people with a core competency in fulfilling cheesy reality TV stereotypes to a genuine castle in Austria, staffed with actors pretending to be the cod-medieval denizens of a place called Everealm. Then it delivers a weird fusion of a Renaissance Faire and "Survivor." One minute, the contestants are in civvies, dishing each other to a camera, and the next they're obliged to don jerkins and kneel before the throne of Queen Ralia (Susanne Gschwendtner) or to behave as if a cackling woman in hag prosthetics is a real live witch.

These 12 men and women are supposed to be "paladins," aka knights, and their "quest" involves some palaver about saving Everealm from a guy named Verlox, whose position is made pretty clear by the fact that he appears only in silhouette wearing demonic horns and framed by a seething fog. A trio of racially diverse young women in evening gowns (the Fates) charges the paladins with performing a series of activities -- hammering horseshoes onto a wooden wheel, using a mounted crossbow to shoot dummies over a wall of twigs, smashing a ceramic skull with a hammer while on horseback, scrambling for ingredients to assemble a potion, etc. Some remedial archery is required, but most of these "challenges" amount to the equivalent of picnic games or the squirt gun shooting galleries on a carnival midway. One contestant gets eliminated every day, and the last paladin left standing is declared to be "the one true hero."

It's enough to make a semiotician dizzy -- real people pretending to be the sort of characters expected in a reality TV show who are in turn pretending to be characters in a knock-off of a "Lord of the Rings" film. There's a lovably plump redhead who can't keep up when the gang goes running through the fields, a skinny nerd who repeatedly pronounces his intention to "step outside of my comfort zone," a bleached-blond bartender, a pretty boy with a van Dyke beard who boasts about his skills but chokes in the pinch, and a professional cage fighter (and ringer for Jamie Foxx) named Shondo, a man who has mastered the alert, purposeful glare of an action-movie hero and is fully prepared use it.

In addition to laboring at their inane tasks, the paladins bear witness to an unfolding drama. An ogre grabs a peasant in the woods. A wounded man stumbles into the throne room with terrible news from the front lines. A member of the court is poisoned at the banquet table. There's a manifestly dodgy grand vizier (Marcello de Nardo) and in a quiet moment, the queen regales them with the story of her dead brother, who she believes might have been a better ruler than herself. "The Quest" is a bit like one of those murder mystery cruises or a living-history museum like Colonial Williamsburg, where attendees can chat with an actor pretending to be an 18th-century tradesman or overhear slaves plotting a rebellion.

This innovation, alas, only tends to highlight what's always struck me as a fundamental problem with reality TV competition shows: If you want to be entertained, why not turn to professionals? The actors on "The Quest" seem to be having a grand old time, swishing their cloaks and chewing the scenery. Despite their hackneyed lines ("Only the sun sphere will turn the darkness back!") they register as radiantly fascinating beside the lackluster contestants, who stand around gawping or exclaiming, "This is awesome!" every time a new location or special effect is introduced. Granted, the paladins are not wandering through a historical theme park or performing as characters at a meeting of the Society for Creative Anachronism. They're participants, but they don't know the (tightly controlled) plot. They're both the stars and the audience, which means that the most boring people in "The Quest" are always on center stage.

A more charismatic dozen might have done better, but I suspect not. (Besides, Shondo is pretty charismatic.) There's a lot of starry-eyed talk about who's a hero and who has what it takes to be the one true hero, but it's as absurd and a bit depressing to seek heroism in shooting an arrow into a bale of hay or winning a race to break through a series of trick locks as it is to thrill at being named Employee of the Month. And there's certainly no valor at all in telling a camera, "I think Christian will do what he thinks it takes to win. He's more scheming than he looks." Two mighty battering rams of impacted cliché collide in "The Quest." The high-minded, but timeworn and ultimately flimsy clichés of high fantasy are the stories we divert ourselves with when we wish to forget an uncomfortable truth: that too much of our lives more closely resembles the shabby and spiteful clichés of reality TV.