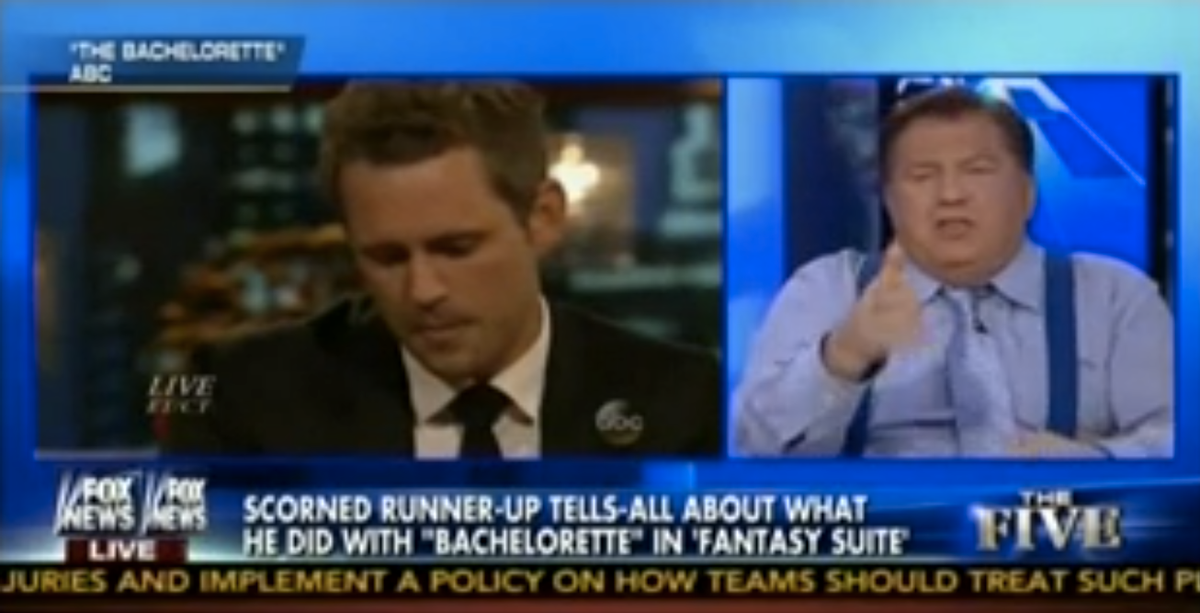 On Tuesday, Fox's "The Five's" famously sexist anchor Bob Beckel opened his mouth, so naturally he said something offensive: This time, he declared "Bachelorette" star Andi Dorfman "a slut" on live TV.

"The Five" were discussing a clip from the recent season finale of ABC's reality TV show "The Bachelorette," in which star Andi Dorfman got engaged to Josh Murray. It was revealed in the segment that Dorfman, who probably does not wear a chastity belt, had sex with another man at one point during the show's run. Sadly, the spurned man turned out to have feelings for Dorfman and attempted to shame her for having wild, hot sex with him (what they did was "like fiancée-type of stuff," the contestant said). This prompted Beckel to declare, "She's a slut!"

His outburst elicited uncomfortable laughter from the male co-hosts, and disgust from the female anchors. "Are you kidding me right now?" asked Andrea Tantaros.

"I'm not kidding you," Beckel said with conviction. "When she sleeps with somebody else and doesn't tell the other guy about it --"

"Excuse me, Bob, you probably sleep with a different woman every night," Tantaros said, pushing back.

Exasperated, Beckel concluded, with a deep sense of loss, "This is where America’s gone to!" Watch the clip below, via MediaMatters: