Tech workers are not the new coolies. The Statue of Liberty wasn't built to welcome the wealthy and powerful 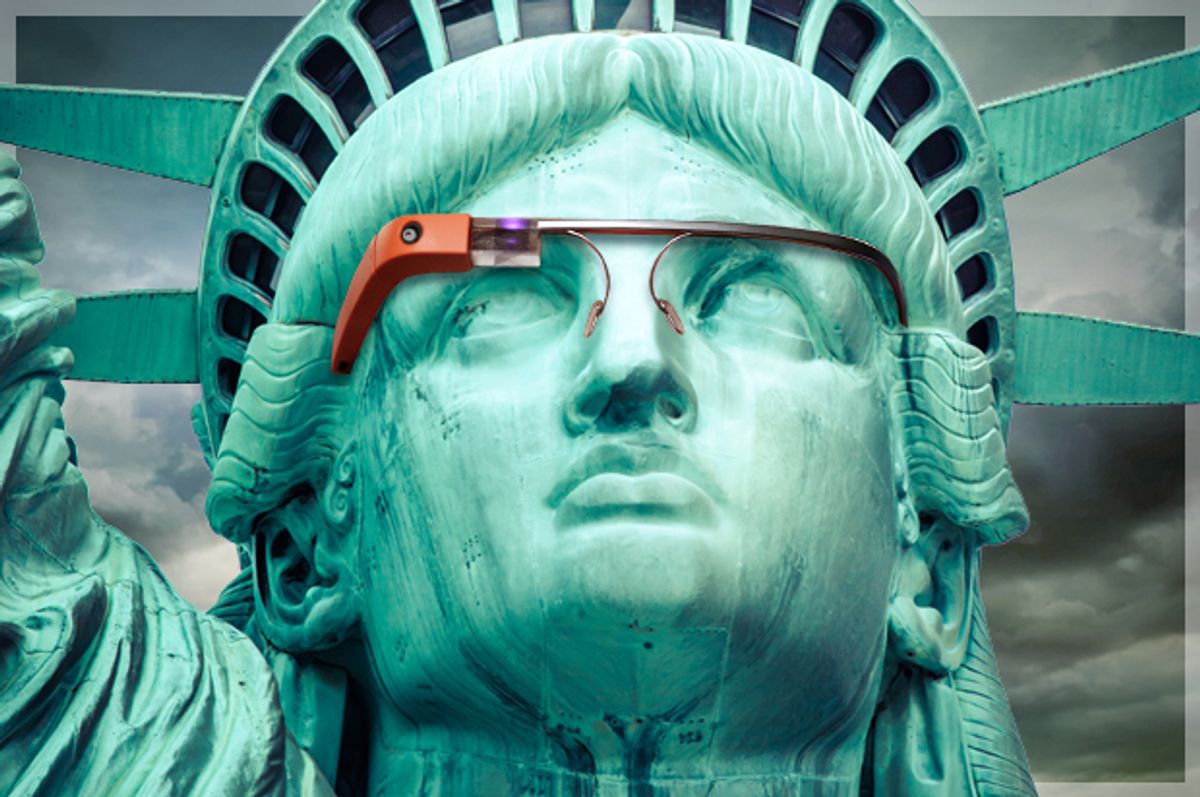 In the middle of a highly politicized debate on tech-driven gentrification already overheated to the point of spontaneous combustion, James Lee, a "software product marketing manager" who lives in the Mission District of San Francisco, could not have dropped a bigger bomb than he did with his Washington Post essay, " comparing anti-tech sentiment to the anti-immigration racism faced by his Chinese ancestors.

The headline "People Say Tech Is Invading San Francisco. They Said the Same About My Immigrant Grandfather" is beyond inflammatory, but Lee's essay is fascinating and nuanced and ends up where all discussions of San Francisco gentrification must always conclude -- a call for more affordable housing in the Bay Area. There's also no question: There is indeed an ugly nativist element in the "die techie scum" rhetoric that bubbles up around every clash over Google buses and Google Glass. It's not hard to see how a third-generation Chinese resident of San Francisco could recall "the Chinese Exclusion Act and the violent protests against Chinese communities ... textbook examples of anti-immigrant propaganda, with their language of invasion and culture-at-stake."

But Lee's essay is color-blind on a critical point. Tech workers are not the victimized class! The displacement caused by the immigration of the wealthy and powerful is something quite different than the change that ensues in the wake of influxes of poor people desperately seeking opportunity.

Let's recall the inscription on the Statue of Liberty: "Give me your tired, your poor; Your huddled masses, yearning to breathe free; The wretched refuse of your teeming shore; Send these, the homeless, tempest tossed to me, I lift my lamp beside the golden door."

It does not say: Give me your wealthy commuters to Sunnyvale and Mountain View, your Google-Glass-affording, eviction-proceeding-starting, stock-option vesting masses, yearning for a friendly angel investor ... and surprisingly influential at City Hall. What makes this current wave of change different from previous immigration flows is the fact that the incumbent poor and homeless are threatened not by people even lower on the economic ladder, but by people who occupy the most advantageous position in the U.S. economy.

The wretched refuse of San Francisco is getting kicked out of town. Previous waves of immigration brought more diversity to San Francisco. That is demonstrably not true of the current transition, despite Lee's observation that at the software company at which he works, "my colleagues come from Canada, Singapore, Venezuela and across the United States." The anecdotal evidence gathered by walking down Valencia Street on a Friday night and checking out who is eating at the restaurants is supported by census numbers: The heart of San Francisco is getting whiter.

It's no fun to be demonized as the invasive culture-destroying "other," especially when you've grown up here and bear the burden of a legacy of racism yourself. But James Lee needs to think harder about the difference between what his grandfather confronted and what the software developers and product marketing managers and start-up entrepreneurs who are remaking San Francisco in their own image face. The new wave is in the driver's seat. They control the levers of power. The old wave was not.