"Show some courage": Survivors call out cowardly GOP on domestic violence and guns

A majority of GOP voters want to keep guns out of the hands of domestic abusers. Will their party listen? 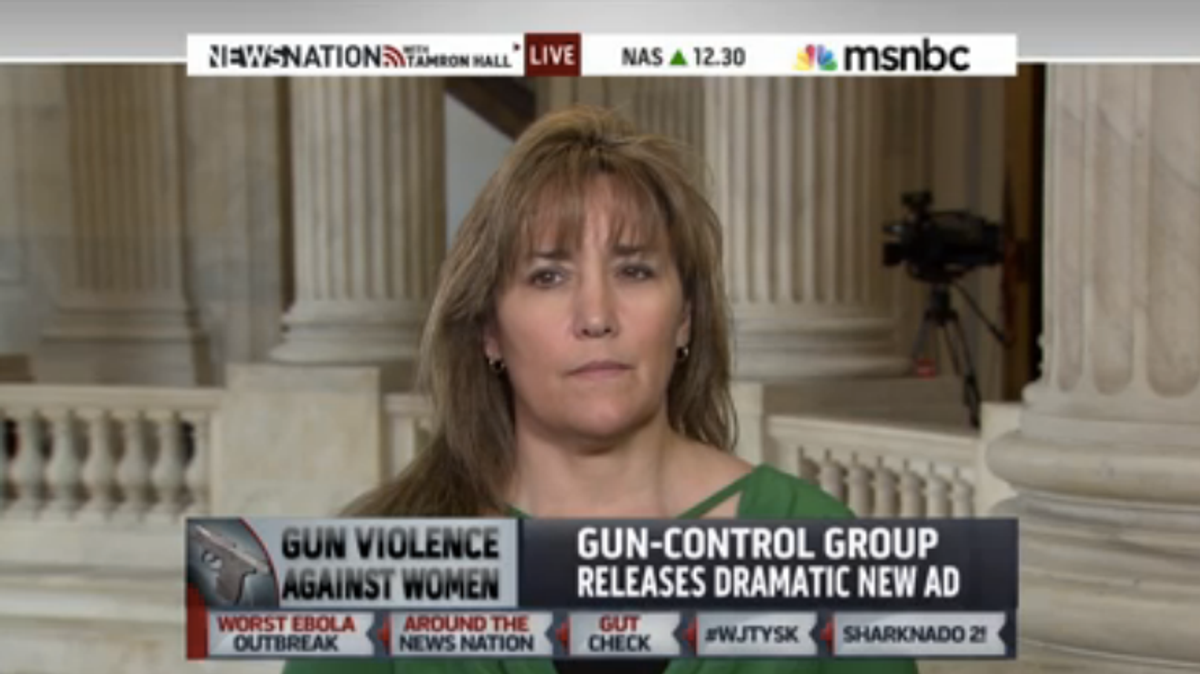 Christy Martin is a legendary boxer. Since she started out at age 21, Martin has won 49 of her 57 total fights, with 31 KOs. She's also a survivor of domestic abuse who was nearly murdered by her ex-husband four years ago. It's the latter that brought her to Washington this week. In 2010, Martin was stabbed three times by the man she says had been threatening to kill her for 20 years. After stabbing her repeatedly, her ex-husband James Martin shot her and left her for dead. Martin survived by flagging down a passing car and begging to be taken to the hospital.

"As I lay there, I could hear the gurgling. I knew my lung had been ruptured, but I wasn't dying fast enough," Martin told MSNBC on Wednesday. "So he came back 3o minutes later and shot me with my own 9mm."

Martin is just one of the women in Washington to testify before the Senate Judiciary Committee in support of a law that would tighten gun restrictions for domestic abusers in dating relationships and stalkers. A bill sponsored by Minnesota Sen. Amy Klobuchar -- the Protecting Domestic Violence and Stalking Victims Act -- would close existing holes in background check laws that allow domestic abusers and stalkers to own guns.

The data on the correlation between domestic violence and gun deaths makes the gaps in policy frighteningly clear. More than 60 percent of women killed by a firearm in 2010 -- the year Martin was shot -- were murdered by a current or former intimate partner. The presence of a firearm during a domestic violence incident increases the likelihood of a homicide by 500 percent.

What Congress -- particularly Republicans in Congress -- has before it right now is an opportunity to enact meaningful gun reform that will save women's lives. Around 50 women's lives every month, to be precise. They've had and blown this opportunity before, when mass shootings have galvanized public support for common-sense proposals to keep people safe from deadly gun violence. The same support exists for restrictions that limit violent offenders' ability to access guns. As Laura Bassett and Emily Swanson at the Huffington Post noted this week, Republican voters break with the National Rifle Association when it comes to restrictions on stalkers and domestic abusers:

More than two-thirds of GOP voters (68 percent) said they would support or strongly support a new law stripping guns from convicted stalkers, according to a new poll by The Huffington Post and YouGov. Fifty-nine percent of Republican voters, and two-thirds of voters overall, support expanding gun restrictions for convicted domestic abusers to include non-married dating partners.

The NRA has said it strongly opposes both proposals, which the Senate will consider on Wednesday in its first-ever hearing on gun violence against women. The gun lobby sent a letter to senators last month urging them to vote against Sen. Amy Klobuchar's (D-Minn.) legislation to ban convicted stalkers and abusive dating partners from possessing guns. The letter claims that the bill "manipulates emotionally compelling issues such as 'domestic violence' and 'stalking' simply to cast as wide a net as possible for federal firearm prohibitions."

It remains to be seen what action Congress will take, and what the GOP will do in the face of strong support for change. They may just do what they've done before: ignore the issue. "There are so many people that just don't realize what's going on behind closed doors in their neighbor's home. There are so many people who don't understand domestic violence," Martin explained on MSNBC. "It seems like if it's not happening in our own home, then it's just not happening."

"Keeping guns out of the hands of abusers and stalkers will take more than a Senate hearing and carefully worded statements that say all the right things," former Arizona representative and gun violence survivor Gabby Giffords wrote of the measure. "It will require our leaders to show some courage and stand up for common-sense laws. It will require some hard work. And it will require overcoming the power of those in Washington who continue to fight against these laws."