The Library of Congress has publicly released the 29th president's steamy descriptions of his penis, Jerry 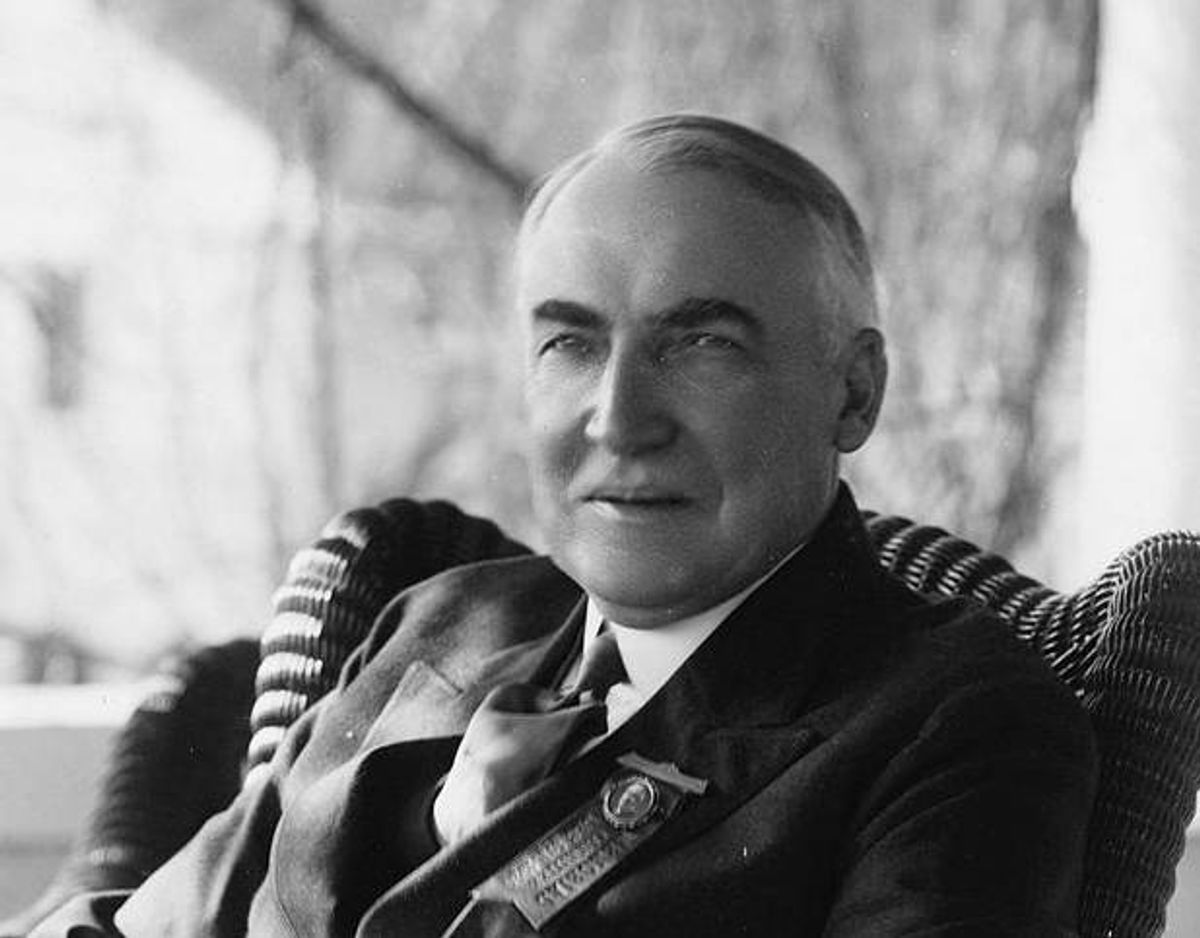 One of the most unpopular presidents in American history found his way back into the spotlight earlier this month, when the New York Times Magazine published excerpts of President Warren G. Harding's explicit correspondence with longtime mistress Carrie Phillips. The love letters, which were written between 1910 and 1920 but first came to light in the early 1960s, reveal the 29th president's fun sexual proclivities, like burying his face in Phillips' "pillowing breasts" and referring to his own penis as "Jerry."

On Tuesday, the Library of Congress made nearly 1,000 pages of Harding's letters available to the public. The New York Times raises the point that the correspondence has a good deal of historical value beyond its titillating prose, and that the letters might help disprove the notion that Harding was possibly the worst U.S. president. That might very well be true -- but the racy language is a bit too intriguing to overlook. Here's a summarizing highlight, dated Sept. 15, 1913:

Honestly, I hurt with the insatiate longing, until I feel that there will never be any relief untilI take a long, deep, wild draught on your lips and then bury my face on your pillowing breasts. Oh, Carrie! I want the solace you only can give. It is awful to hunger so and be so wholly denied. . . . Wouldn’t you like to hear me ask if we only dared and answer, “We dare,” while souls rejoicing sang the sweetest of choruses in the music room? Wouldn’t you like to get sopping wet out on Superior — not the lake — for the joy of fevered fondling and melting kisses? Wouldn’t you like to make the suspected occupant of the next room jealous of the joys he could not know, as we did in morning communion at Richmond?. . .

Oh, Carrie mine! You can see I have yielded and written myself into wild desire. I could beg. And Jerry came and will not go, says he loves you, that you are the only, only love worthwhile in all this world, and I must tell you so and a score or more of other fond things he suggests, but I spare you. You must not be annoyed. He is so utterly devoted that he only exists to give you all. I fear you would find a fierce enthusiast today.

Enjoy the rest of the presidential love letters at the Library of Congress.