Why are people freaking out about a doll penis?

When toys can be fun and educational, that's a good thing -- not something to spark prudish anxieties 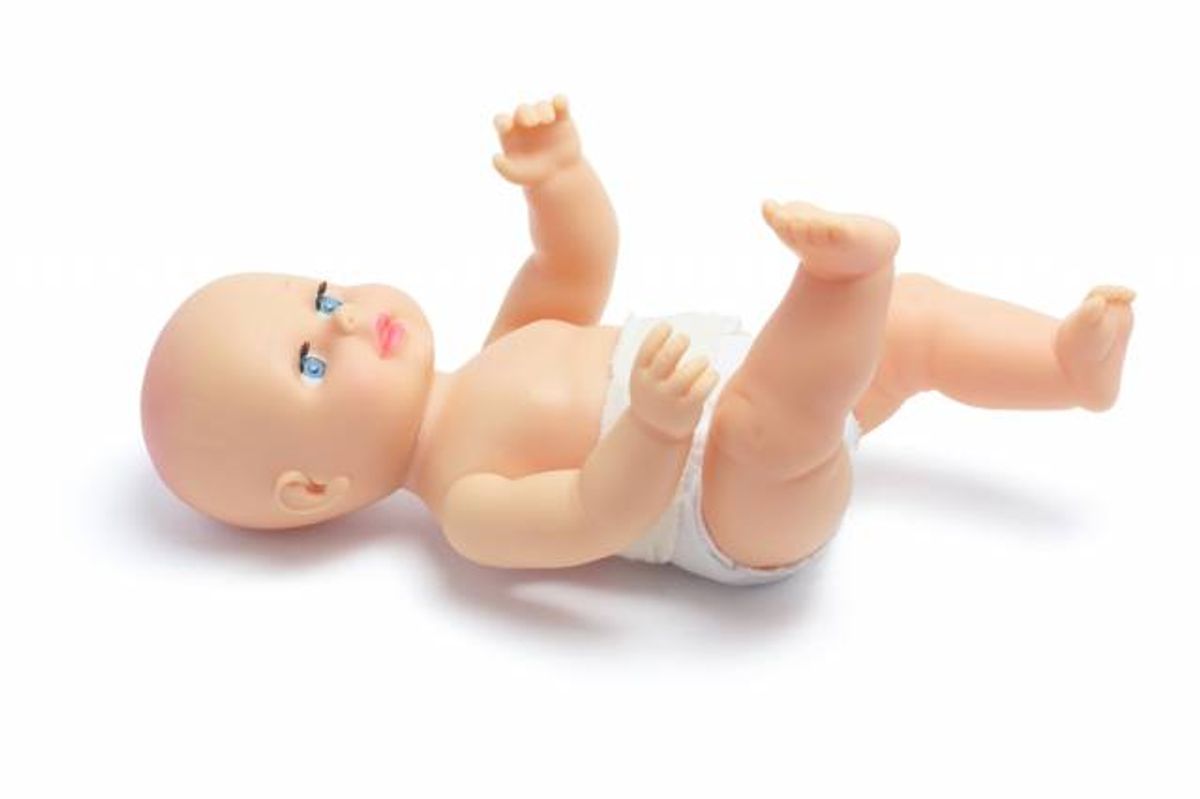 A fun fact: Many people are born with penises. A penis is an organ that is not inherently sexual, but rather that serves a sexual purpose later in life, in addition to other key functions like urination -- which, apparently, is a function appropriate for young children to learn about by playing with dolls, but only if its anatomical associations are removed. According to one New Jersey mother who recently complained about the anatomically correct "boy" doll she bought for her daughter, that's because "these r little girls that don't need to know the anatomy."

As the Huffington Post reports, the woman posted a photo of the "You & Me Mommy Change My Diaper Doll" she bought at Toys "R" Us, commenting that the doll's penis came as a "surprise" when she and her daughter went to change the diaper (which actually gets wet). Other commenters joined in the woman's outrage, agreeing that a tiny doll penis is inappropriate for child's play. Clearly, it's much more educational to have little girls, in particular, play with dolls that have no genitalia whatsoever, because that isn't also different from a vulva.

First, as Monica Beyer points out at the blog SheKnows, naked bodies -- and especially naked baby bodies -- are not inherently sexual:

How on earth is it inappropriate for a child to see a naked baby? What about a baby makes a penis or a vulva dirty or sexual? Because that's what it sounds like when people say that it's wrong for little girls to see it. The truth is, when a child points out the body part that she doesn't have, all a parent is required to do is call it by its name.

This really brings up so many other conversations, such as using the proper words for body parts (including our genitals) and the shame children grow up with for nothing more than being a boy or a girl. It's similar to parents who don't want their children to see women breastfeeding in public because they don't want to have to explain "that."

Research has shown that informing children about sexuality early -- even in a non-sexual context -- can help them develop a positive body image and self-esteem. That means telling them about their "parts." Additionally, doing so could be for the sake of a child's physical and emotional safety. Sexologist Logan Levkoff asserts that without universal naming for body parts, children are deprived of the opportunity to adequately describe if they've been touched inappropriately or if they're in pain. Is it really worth being bashful to enforce ignorance for kids?

Clearly, one toy company thinks not, which might be one of the only times mass-marketed dolls have had the potential to do a world of good for young children. Maybe this wouldn't be such a problem if the anatomically correct male doll had been marketed to boys instead of girls -- though the thought of encouraging boys to learn parenting skills early would be sure to cause its own brand of uproar.