Oh Brian Williams, you are such a dad 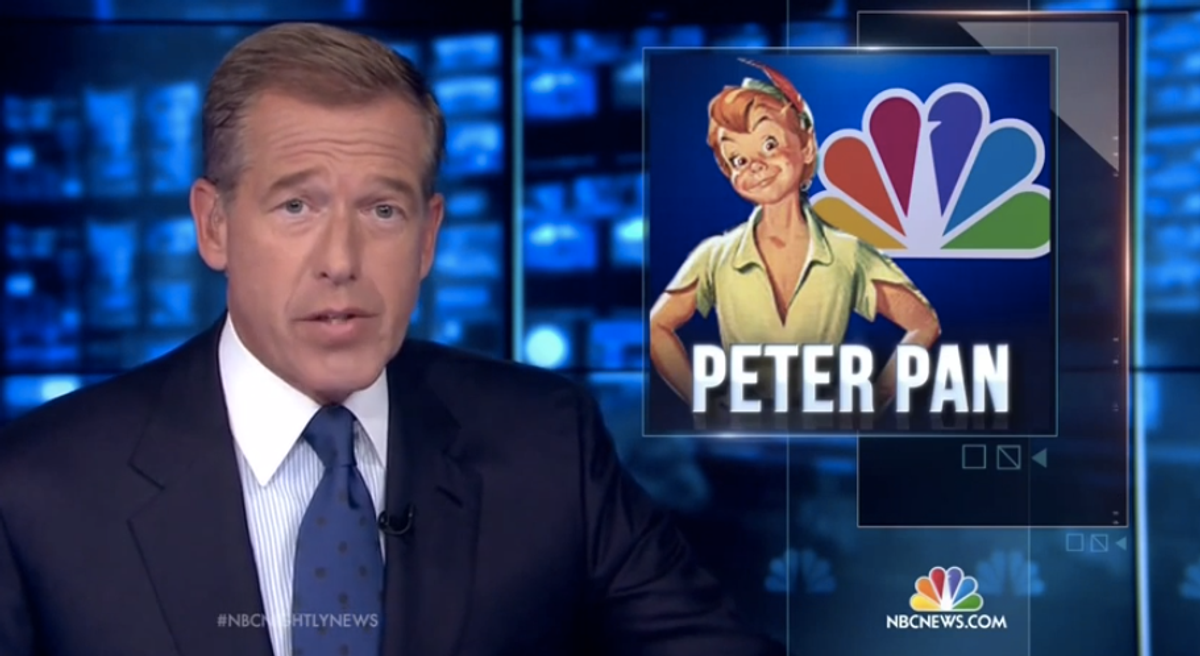 Hours after it was announced that "Girls" star Allison Williams has landed the titular role in NBC's "Peter Pan" production, proud dad and NBC anchor Brian Williams announced the news on his program with restrained glee. The elder Williams, who has gained a younger fan base through his unlikely rap covers, faux-reported, "Family members confirm she's been rehearsing for this role since the age of 3, and they look forward to seeing her fly." As a picture of a young Williams in a Peter Pan costume flashed across the screen, you could almost hear a mariachi band serenading an embarrassed daughter, yelling, "Daaaaaaadddddd!" Oh, dads.