The fastest growing cities are encouraging greener lifestyles. Is yours one of them? 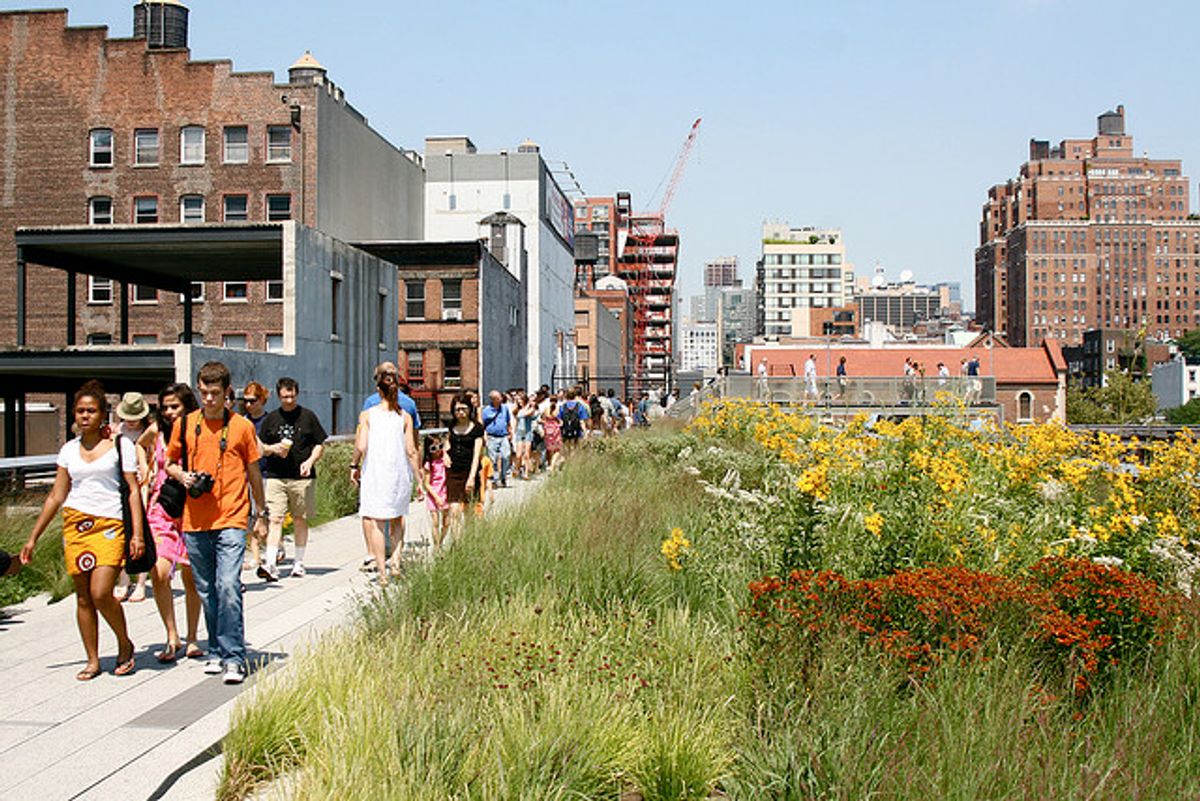 The number one thing we can do to improve cities, notes one of the top posts on The Atlantic today, is to increase walkability. The logic behind this is clear: more ease in walking around a city lessens traffic congestion and pollution. There are also studies that backup a connection between walkable urban areas and their economic growth. Having shops, restaurants and offices within foot distance increases home sales, basically.

Beyond hoofing it, cities are aiming for other methods of keeping the streets clear and making it easy to get from one side of town to another, such as bike share programs like New York's CitiBike, and private bus services, like one introduced in Boston for those who are public transportation shy. Zermatt, Switzerland, one of the greenest cities in the world, has kept its idyllic, mountain view streets clean by opening them only to walkers, bikes and horse carts. Electric cars, such as the ones used by municipal workers, are the only vehicles allowed on the streets. Not that far away in Paris, where 51% of pollution comes from traffic, de-congestion came in the form of eliminating mass transit fares and testing out alternate driving days,or allowing only cars with odd-numbered license plates one day, and even-numbered the next. During the first day of the program, traffic was immediately reduced by 16%.

As mentioned above, economic incentives are heavy for adopting city-wide sustainability programs. There's a cool factor to something new and green that attracts young people looking for a place to settle; an active outdoor life and affordable public transportation are top of the list of draws for moving, evident in the recent expansion of cities like Portland and Denver. But, most importantly, private bus systems that lure drivers out of their own cars and away from traffic, bike shares that encourage a healthy lifestyle and other city planning efforts that increase walkability play a big role in cutting down on emissions on a local level, and this can influence citizens living within these urban areas to do their part within their own homes. The easier it is to participate, and the more neighbors who do, and you would be willing to change a habit, as well.

So, tell us: What is your city doing to cut down on emissions and promote a more sustainable lifestyle among its citizens? Where do you think it could improve and what's holding it back? And would you consider moving to a new city because they were adopting green practices and standards, or are these simply vanity measures that don't add enough to climate solutions?