Did a concert crowd record a rape?

Video of an alleged assault at a Keith Urban show is now evidence -- but why was it shot? 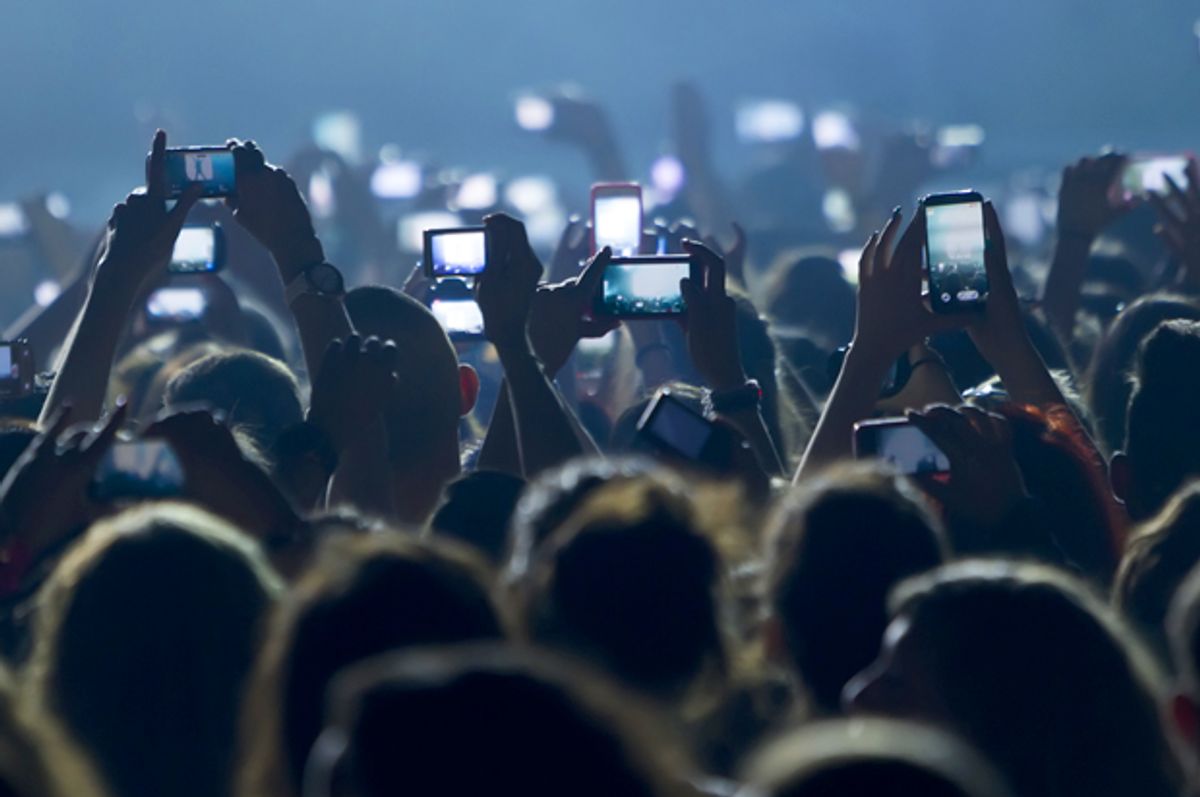 Police allege it was a rape. Lawyers for the suspect, 18-year-old Sean Murphy, insists it was "a consensual act, not a sexual assault" of a 17-year-old girl. Let's go to the footage.

Exactly what happened on the lawn of the Massachusetts Xfinity Center during a Keith Urban concert last weekend is currently subject to investigation. But for better or worse – or maybe better and worse – the outcome will likely rest heavily on what fellow concert goers recorded that night. The Mansfield Police say, "Officers conducting the investigation were assisted by patrons that had been concerned and took photos and video of the assault on their cellular phones. Those phones are being processed to recover the digital evidence of the assault." A fan who attended the show explained to Boston's Fox 25, "My friend told me to look over there and there was a couple on the ground having intercourse. So we looked at it, and we took pictures and we thought it was consensual." The news report also notes that "About 15 gathered around them to record what was happening and take pictures…. Several other witnesses also believed the sex to be consensual, until Murphy allegedly left the teen alone, naked from the waist down." Police say that Murphy admitted to being drunk, and allegedly told his parents, "I messed up."

If one assumes that a public sex act is of a consensual nature, it's easy to see what would make other people, out of human curiosity, want to look. Earlier this month, a Florida grandmother recorded a couple having sex on a local beach, and the clip swiftly went viral. Local news reports cheerfully observed that it was "something you don't see every day." In June, a British tourist was filmed in the midst of orally servicing up to 24 men in exchange for a prize that turned out to be a free drink – and became a worldwide news story. And when a couple was caught allegedly having sex on the roof of a Chipotle, it was an easy late-night TV punch line.

After Murphy left the girl, a witness asked her, "Do you want this?" And when she replied, "No," that's when police were called. Those images may ultimately aid in the investigation, and help prove what did or did not happen. It doesn’t make the act of taking them commendable, though. And maybe if those witnesses had really been paying attention to what was going on instead of documenting it, someone would have thought to ask the girl earlier what she wanted.