Sean Hannity responds to Russell Brand: "You're kind of dumb and ignorant" 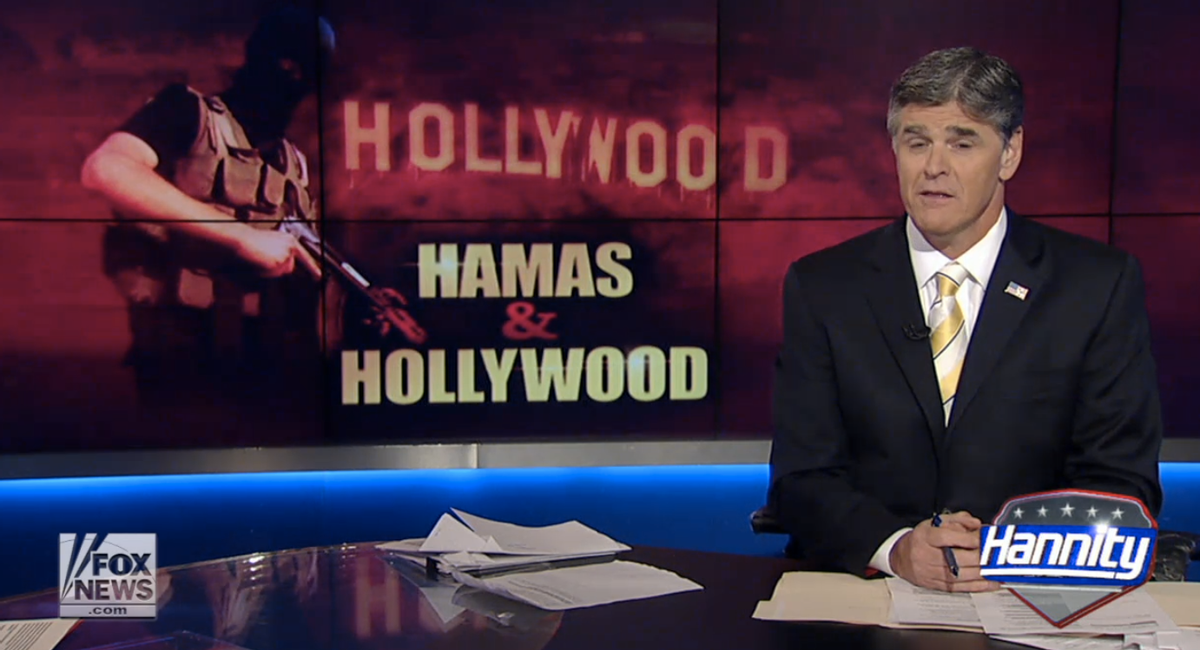 Angry man Sean Hannity has responded to comedian Russell Brand, who recently tore into the Fox News anchor for his biased and ignorant reporting of the Israel-Gaza conflict. Hannity called Brand "kind of dumb and ignorant" after Brand said Hannity "was behaving like a terrorist" on his own show.

What followed was five minutes of Hannity, Bernard McGuirk and Dagen McDowe ridiculing Brand and his "D-List" acting as a "doofus" who is "skanky" and bears an unintelligible accent. He's "drinking cocktails of stupidity and bigotry," said McDowe, as McGuirk added that he's "hating on my Hebrew brothers and sisters."

Geraldo Rivera, however, echoed some of Brand's sentiments, saying that the Israel-Gaza conflict is not one-sided, as Hannity, McGuirk and McDowe seem to believe. We ned to discuss "how many civilians have been killed by those rockets," he said, adding, "we can no longer ignore what is happening."