Justin Bieber has his "first hit in years" — ZING! 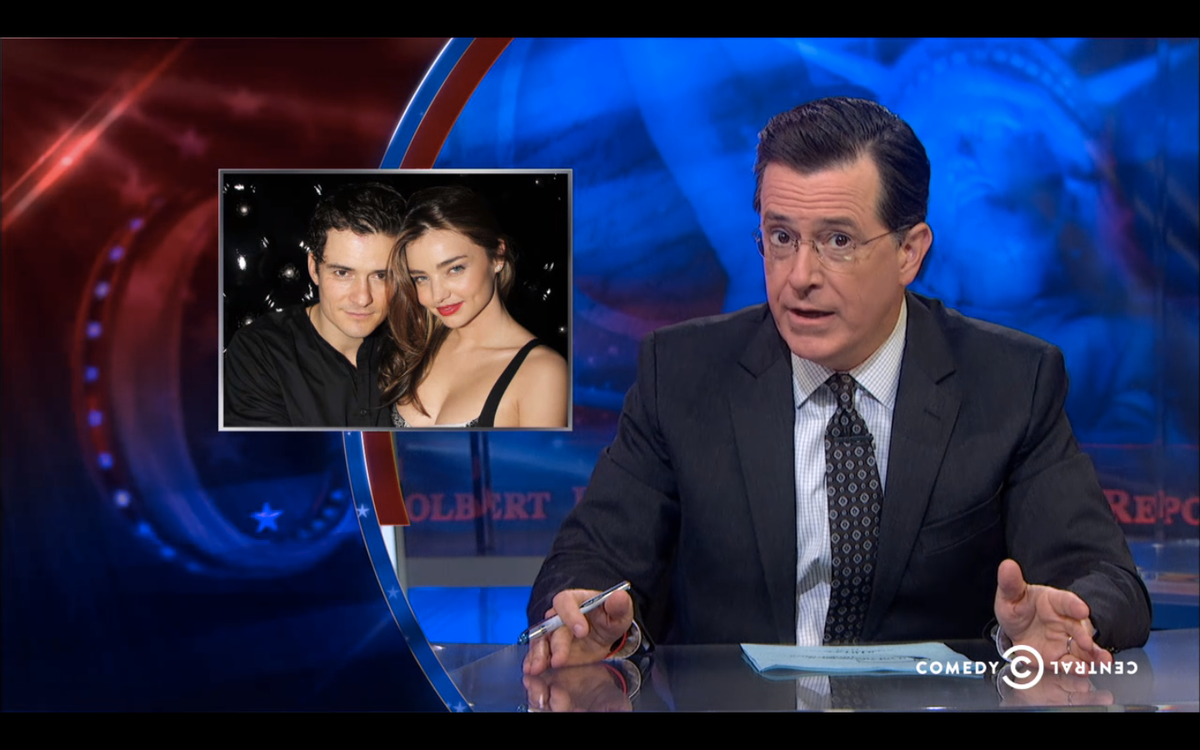 There is a new international dispute that Stephen Colbert wants you to know about: the Bieber-Bloom conflict. Early Wednesday morning in Ibiza, Spain -- or in the authentic pronunciation used by Colbert, "Ibitha" -- Justin Bieber was spotted taunting actor Orlando Bloom at a local restaurant, with bystanders reporting that he said something to the effect of "I slept with your wife  [Miranda Kerr] and it was good." At that point, Bloom took a swing at Bieber's face, but missed.

Colbert left his trademarked unbiased reporting behind when he weighed in on the morality of the conflict: “I do not condone this kind of violence," he admitted, “because Bloom missed Bieber’s face.”

Watch the clip below, so that you can be properly educated on one of the most important international events of the week. And also so you can learn who Morlando Blur, Mustin Keebler, Jelusty Gobbler and Sorlena Blomez are.