Maggie Gyllenhaal stars in a slow, leisurely series about the most urgent issues of the day, with strange results 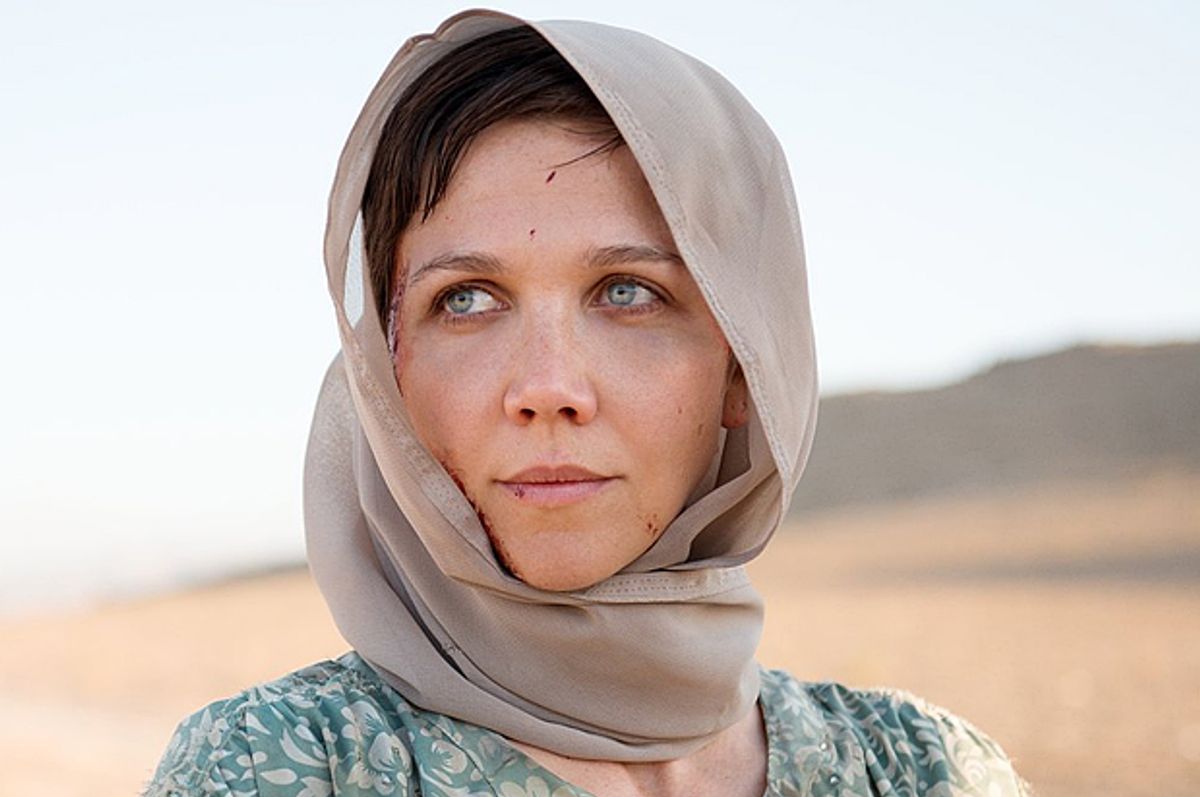 In the New York Times Magazine recently, Tara Ariano identified the new-ish genre of "Bonkers TV": series like "Scandal" and "American Horror Story" that ratchet up plot twists with the sole purpose of promising more plot twists. There's barely time for whatever insane thing that just happened on-screen to land before the next lunatic thing happens.

This is something of a problem, or at least not sustainable: Not even show creator Shonda Rhimes wants to see a tenth season of "Scandal," given how much has gone down in the first three. But there's certainly such a thing as a series in which too little happens. Given how high the stakes are in SundanceTV's new Middle Eastern-politics series "The Honorable Woman," the show owes itself a little more bonkers.

The show, which was originally produced for the BBC (there the woman was "Honourable"), has a decent premise and a compelling casting choice at its center: It stars a (convincingly British) Maggie Gyllenhaal as Nessa Stein, a new peer in the House of Lords. She is an Israeli raised in Britain, with high hopes of bringing peace to the West Bank through investing her family fortune in telecommunications. And in so doing she's exorcising, perhaps, the ghost of her father, who made his fortune selling the tools of war.

The problem is not merely that the investments of a family of Brits and, in the larger view, the actions of British government and intelligence are not the most riveting way to convey strife in the Middle East. There's nothing, per se, uninteresting about the story we are presented with, about a woman's attempt to deal with her family history within the context of a political conflict more relevant today even than show creator Hugo Blick could have known.

But the avenues "The Honorable Woman" pursues are frustrating in the extreme -- all the more so for how interesting the raw material is. Over the first four episodes (out of a total eight), information about Nessa's past is parceled out slowly as various other stories crop up and a large ensemble cast -- including a spy about to retire and a suspicious family friend -- runs in circles. The second episode, for instance, features an American spy whose cover gets blown, but who seems entirely disconnected from what we imagine the real story to be. If Nessa, the nominal main character, is going to be offscreen for long stretches, we have to have some faith that the stories we're being told in her absence aren't just wheel-spinning. As it is, the way Blick's script jumps between different topics is frustrating even before you consider the number of minute-long lingering shots of insects or family photos that seem to punctuate every other scene. Taking time to tell a story is one thing. Idleness in getting to the point is another, not least when there are so many more stories of the West Bank that could be told with real urgency.

The show seems very British is all its particulars -- obsessive about Britain's place in world affairs and, more important, kind of oblique about matters that seem impolite to discuss bluntly. In her past, Nessa had been a terrorist hostage; in the present day, the aftereffects of that unfurl painfully slowly. Maybe it's my fault as a viewer for being accustomed to a snappier style of storytelling, as American shows on political themes force so much more to happen with any given episode, and clearly draw cause and effect week by week. TV doesn't have to be bonkers in order to fill an hour with action, ideas and character development. Blick told the New York Post that Gyllenhall "seemed to completely understand" her character; four episodes in, and I'm not certain I do at all.