"I don't think it's a past-tense thing ... It doesn't really work like that," Paquin explained 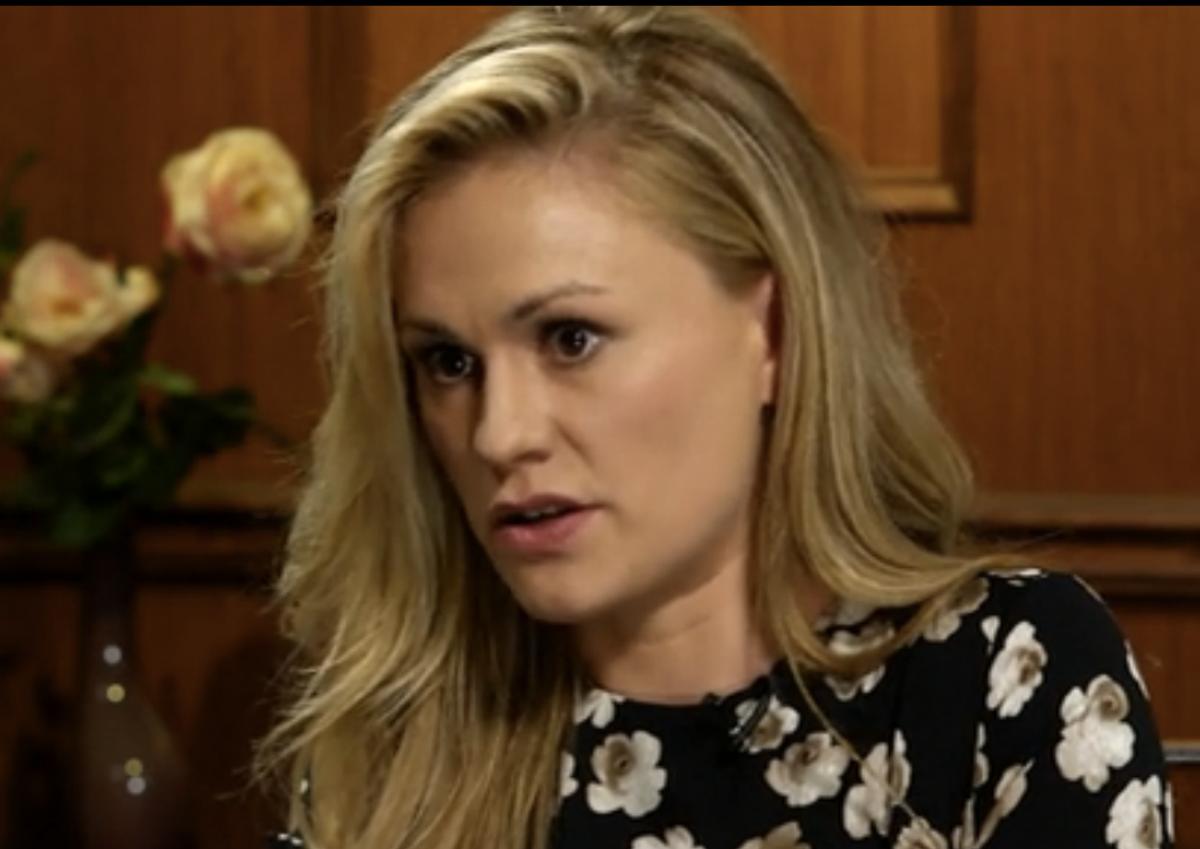 The two discussed Paquin's role in the hit HBO series before moving on to the topic of her marriage (to actor Stephen Moyer). Apparently, King finds it confounding that Paquin is married to a man and identifies as bisexual -- because we all know you can't be bi if you're in a monogamous relationship with a member of the opposite sex. When asked if she considers herself a "non-practicing bisexual," Paquin gave her host a quick and efficient run-down of how sexuality works:

King: "Are you a non-practicing bisexual?"

Paquin: "Well, I am married to my husband and we are happily, monogamously married."

King: "But you were bisexual?"

Paquin: "No. Are you still straight if you are with somebody, and -- if you were to break up with them or if they were to die, it doesn’t prevent your sexuality from existing. It doesn’t really work like that."

Before Paquin could get to that last, key point -- "it doesn't really work like that" -- King cut her off, telling her to "stop with wishful thinking." He then launched into a series of questions about the star's views on the increasing legalization of same-sex marriage, urging her to agree that the LGBT community has television to thank for its current level of visibility. Instead, Paquin pointed to education as a necessity for progressive change -- and, with her pithy responses, also illustrated its use in stopping Larry King from asking asinine questions about bisexuality.