Bali's government is on an unrepentant dog-killing spree

The country is overrun with strays, and officials are taking draconian measures to protect their tourist industry 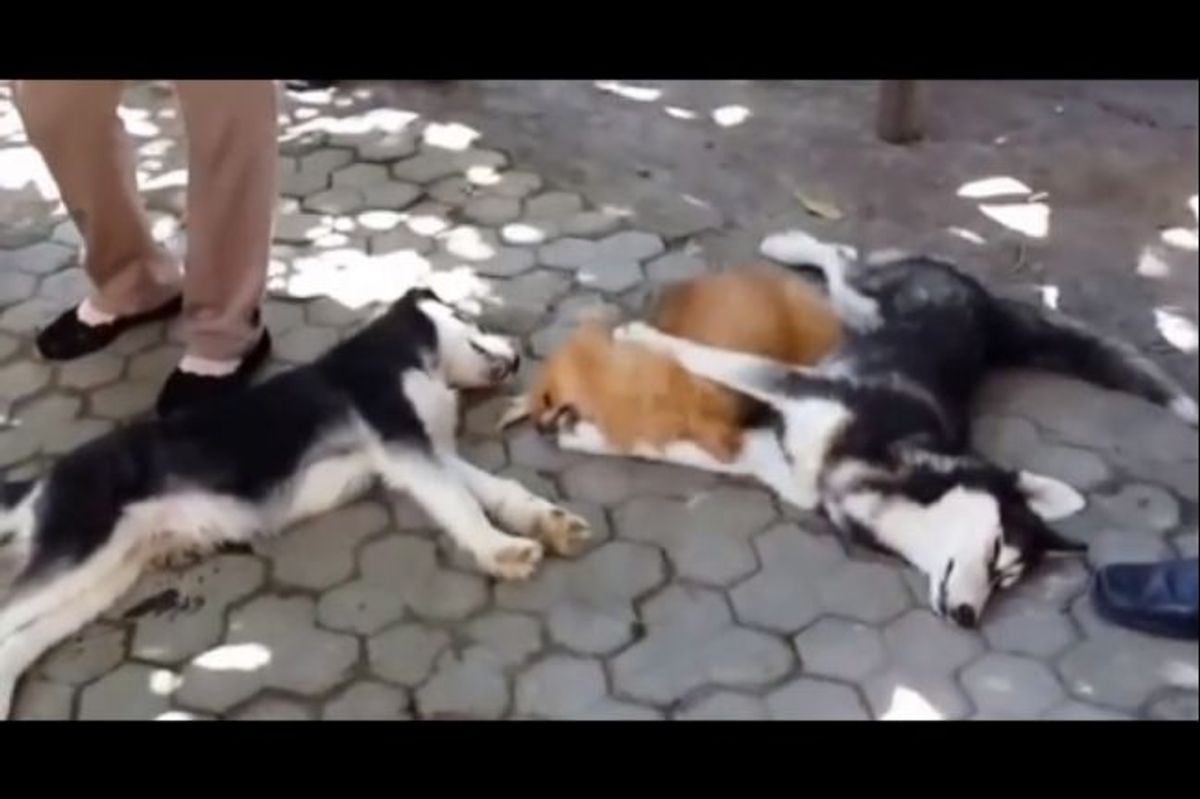 BANGKOK — Minute by minute, the pile of dead canines grows.

The first to die is a husky with swirling monochrome fur. Then comes a blue-eyed puppy and a puffball pomeranian. Later, a fat pug.

All are pulled from cages and held down as government workers sink syringes into their bellies. They die squealing and struggling. One puppy blindly claws at a government aide and rips his rubber gloves. In just 15 minutes, the pile has grown to include at least two dozen dead dogs.

This grisly scene plays out in a YouTube video titled “BRUTAL CULLING OF SMUGGLED DOGS IN BALI.” Filmed at an outdoor euthanasia center, it reveals how far Indonesia’s touristed island of Bali will go to confront its stray dog problem.

Warning: This video content is graphic and may disturb some viewers.

Yes, Bali — the tropical isle of surfers, volcanoes and enchanting temples — is overrun with stray dogs. They’re everywhere: nibbling roadside trash, wandering along the picturesque beaches and prowling through villages.

Some are rabid. In the last six years, according to government figures, nearly 150 people on Bali have died from rabies.

No tourists have died from rabies. But Bali Governor Made Mangku Pastika — seeking to protect the island’s $5.5-billion tourism industry from a rabies scare — has indicated that the disease must be eradicated at all costs.

Even if that means eradicating all dogs caught wandering the streets.

“If any stray dogs are found, feel free to eliminate them,” the governor told his staff, according to the Jakarta Post. He’s also told subordinates that “there is no need to catch them. Put them in a shelter or something. Just cull them.”

Dog catchers are instructed to catch and kill pathetic mutts and special breeds alike. Well-fed canines who appear to have owners are shown little clemency. “If any dog owners protest ... it is their fault,” Pastika said. “They should keep their dogs at home.”

This policy may explain why that now-viral culling video is so shocking. These dogs don’t bear the typical signs of street life: exposed ribs, flesh eaten by insects and disease. Their fur appears silky. The breeds are pedigree. They look fresh out of the pet shop.

The mass culling amounts to “inhumane slaughter,” according to People for Ethical Treatment of Animals (or PETA). The animal rights group also predicted that “many compassionate people worldwide will avoid traveling to Bali” because of the practice.

Loose dogs caught by the state, of course, face euthanasia all over the world — including in the US. But the scale of Bali’s extermination campaign is remarkable.

Bali’s population is roughly 4 million. That’s comparable to the population of Los Angeles, a city that kills roughly 8,000 dogs per year. Bali, during heavy euthanasia campaigns, has killed an estimated 100,000 dogs in the span of 12 months.

As in much of Southeast Asia, Bali’s dogs blur the lines between pet and stray. Many are not owned outright but tolerated by villagers who feed them scraps. As Hindus, the Balinese are much more accepting of dogs than the rest of Muslim-majority Indonesia, where Islamic traditions dictate dogs are impure and that canine saliva must never touch human skin.

There is good news behind the heartbreaking accounts of mass dog killings. Local animal rights groups, such as the Bali Animal Welfare Association, have overseen rabies vaccination drives targeting hundreds of thousands of dogs. Authorities have joined in too. Rabies deaths have fallen dramatically to fewer than 10 casualties per year.

But as Bali’s animal husbandry chief told the Jakarta Globe, horrified reactions to the culling campaign will not shame the government into ending the dog killings. The rabies threat, he said, “requires firm action.”