Coal CEO lionized by Fox News is no hero 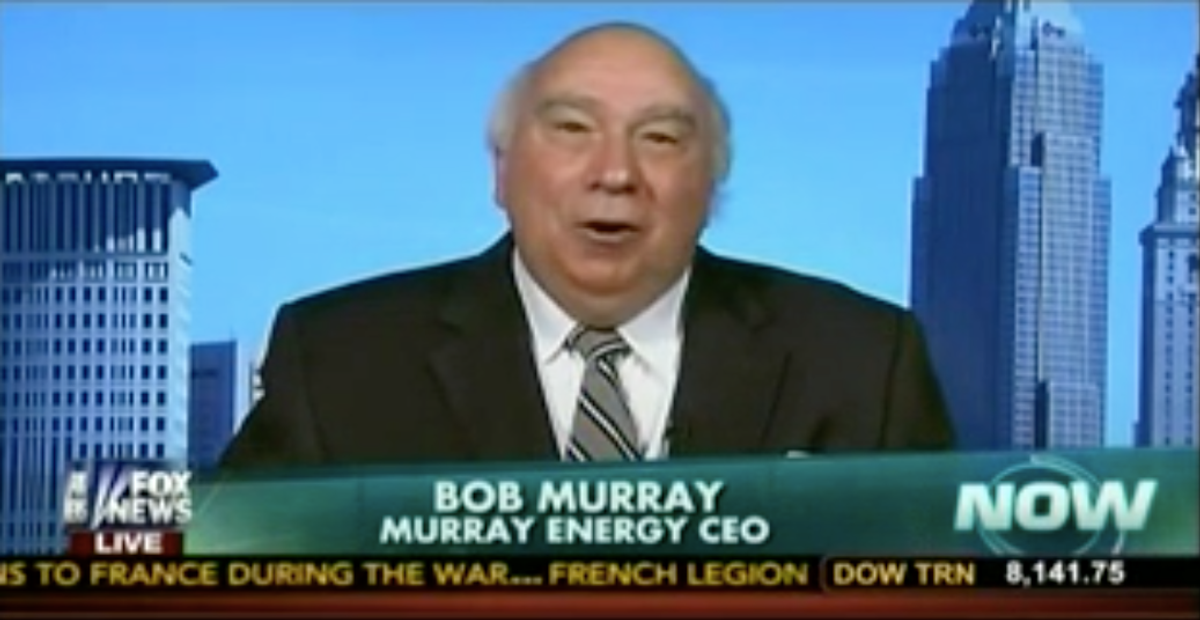 Thursday's edition of Fox News' "Your World With Neil Cavuto" welcomed Bob Murray, the CEO of America's largest privately owned coal company Murray Energy. The guest became visibly choked up as he waxed on about how these carbon pollution standards would "triple" the cost of energy for the poorest Americans while providing "no environmental benefit at all." He also claimed that over the last 15 years Earth temperatures have stabilized (which obviously isn't true -- seven of the top 10 warmest years on record have been since 1998).

Murray Energy, in fact, has been fighting a regulation on coal dust that would help save 1,500 coal miners' lives per year. MediaMatters has more:

On April 23, the U.S. Labor Department announced a long-awaited rule to regulate coal dust, which causes the deadly black lung disease; the disease has reportedly killed over 76,000 miners since 1968. The new rule would restrict exposure to coal dust to half of the current limit, a move that is estimated to lower medical bills by about $37 million a year and help save hundreds of lives. Murray Energy announced that it would file a federal lawsuit against the regulation later that day...

The EPA's carbon standards will reduce the amount of carbon dioxide emitted by coal plants by 30 percent from 2005 levels and are an important effort to mitigate climate change. Their health benefits are expected to help prevent up to 6,600 premature deaths and 150,000 asthma attacks in 2030. Murray Energy is attempting to sue these regulations as well, and its effort has gained support from nine state legislatures.

In a statement regarding the latter lawsuit, the company's assistant general counsel Gary M. Broadbent wrote, "These proposed rules will cause immediate and irreparable harm to Americans, including our citizens on fixed incomes and our manufacturers of products that compete in the global marketplace" (which are basically equal on the universal scale of moral value).

So it seems that Murray is essentially a Robin Hood of the coal industry, stealing health from his maltreated workers to bestow lower energy prices to the lowest-earning Americans. The logic is a little weird, especially given that the poor, along with children and seniors, are most at risk for climate-related health effects including air pollution and heat stress.