Angered by the immoral and inhumane assault on Gaza, Gen Y is shaking up the conventional view of Mideast politics 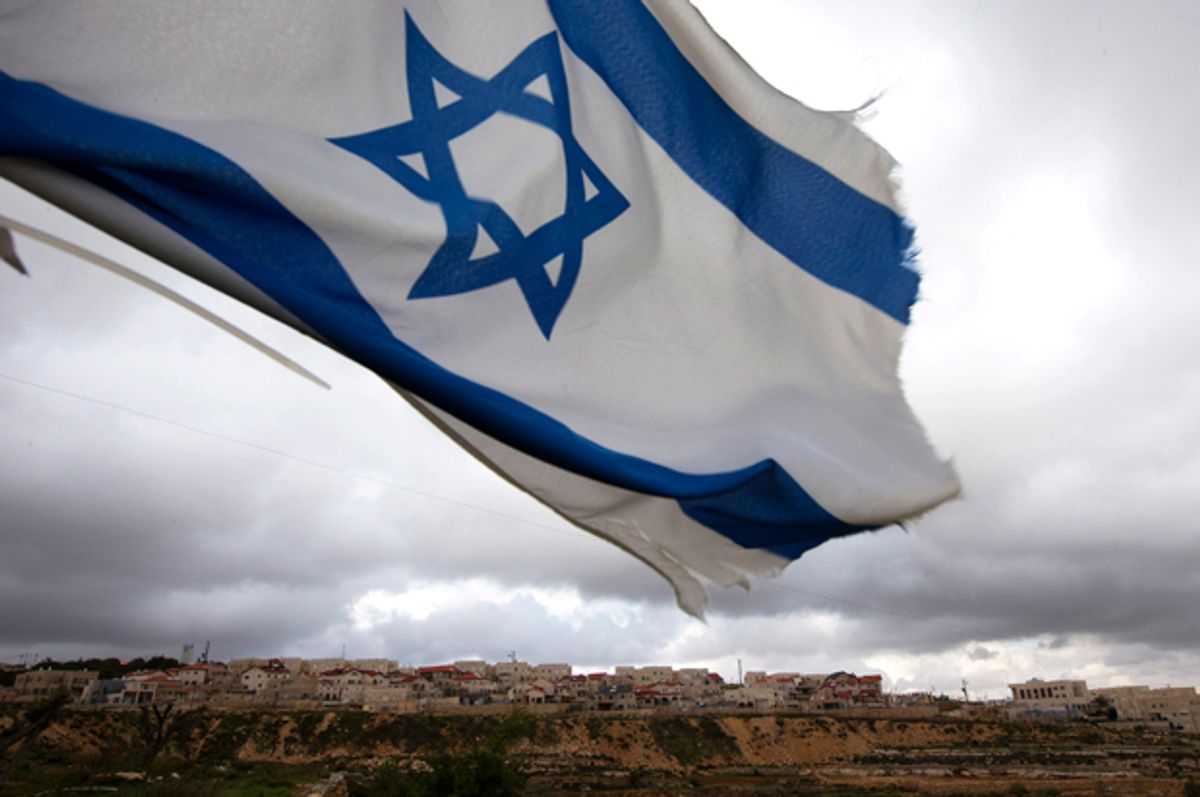 It might seem counterintuitive to make the argument that Israel should no longer count on U.S. support for its policies as assuredly it has in the past.  After all, hasn’t the Senate just passed not one but now two resolutions by unanimous consent declaring its backing of Israel’s deadly attacks on and invasion of Gaza?

In the first -- Resolution 498 -- the Senate “reaffirms its support for Israel’s right to defend its citizens and ensure the survival of the State of Israel; condemns the unprovoked rocket fire at Israel; calls on Hamas to immediately cease all rocket and other attacks against Israel; and calls on Palestinian Authority President Mahmoud Abbas to dissolve the unity governing arrangement with Hamas and condemn the attacks on Israel.”  The second -- Resolution 526, passed again by unanimous consent on July 29 — restates the Senate’s support for Israel and adds a criticism of a United Nations report on the violence. Senate Majority Leader Harry Reid, D-Nev., said that the U.N. report “was ‘disgusting’ and failed to recognize that Israel is defending itself from attacks started by Hamas, a terrorist organization.”

Yet even with these unambiguous resolutions emanating from the Senate, we find more and more evidence that support for Israel from the American public is slipping.  A recent report in the Washington Post noted that “A new Pew Research Center poll is the second in the past week to show a huge generational split on the current conflict in Gaza. While all age groups north of 30 years old clearly blame Hamas more than Israel for the current violence, young adults buck the trend in a big way. Among 18 to 29-year olds, 29 percent blame Israel more for the current wave of violence, while 21 percent blame Hamas.”

Clearly there are a number of possible explanations for this; here are three that come to mind.

First, Americans are used to having Israel and the issue of the Palestinians framed by two heretofore closely intertwined narratives: that of the Holocaust and that of the founding of the state of Israel.  The terrible reality of the Holocaust, and the moral and ethical imperative that the world never let such a catastrophe occur again, has obscured the narrative of the  gradual dispossession of the Palestinian people that began around the time of the First World War and ended with the expulsion of some 700,000 Palestinians during the Nakba of 1948. The illegal occupation of the West Bank and Gaza after the 1967 war and the continued colonial projects of the settlements are also framed within a narrative of Holocaust prevention, not of colonization and apartheid.

The recent attacks on Jews in Europe have indeed brought the sense that a second Holocaust is on the horizon.  A recent article in the Jerusalem Post is titled “We Are Looking at the Beginnings of a Holocaust”:

Calling the rise in anti-Semitic incidents accompanying Israel’s invasion of Gaza an “SOS situation,” Sloutsker warned that if left unchecked, such behavior could lead to another European genocide. “Never before since the Holocaust, have we seen such a situation as today,” he said, referring to the continent-wide demonstrations by pro-Palestinian activists, a number of which have degenerated into violence and many of which have featured racist rhetoric. “We are potentially looking at the beginning of another Holocaust now.”

As much as the world should strongly and unambiguously condemn such acts of anti-Semitism, to focus on a “second Holocaust” is to ignore the actual reason why anti-Semitism has today reared its ugly head again. It is not because of some essential, primordial racism against Jews. It is because of the actions of the state of Israel in staging a brutal, prolonged attack on the Palestinian people that is replete with violations of human rights and international law. That Hamas has also committed attacks on civilians does not erase the fact that Israel’s violence violates basic international humanitarian laws regarding proportionality.

International support for Israel is ebbing because the Holocaust narrative can no longer offer an omnipotent shield against a critique of the second narrative regarding the founding of the state of Israel.  Israel is in fact risking losing the narrative war altogether, as more and more of the global public is asking questions that probe into that history, prompted by the evidence of Israeli’s current efforts to continue and expand Israeli power and land, efforts that are now increasingly regarded not as survival tactics but as violent colonial ones. In sum, there is now a widening band of light in between the heretofore seamless merger of the Holocaust and founding narratives, resulting in a weakening of the former in its capacity to act as an alibi for the latter.  Again, this is especially important with regard to the U.S., which has been the world’s most generous supporter of Israel. More and more younger Americans, growing up well past the postwar era, find the Holocaust narrative to be less than absolutely and unquestionably a good reason to support the horrible killings in Gaza.  And as they learn more, their support will wane further.

Second, the massive attack on Gaza and its obscene civilian death toll is now delivered to a global audience via a variety of media forms that far exceed the mainstream media. Contemporary forms of social media deliver images from Gaza and opinions on the invasion as it takes place.  Notwithstanding Netanyahu’s ghoulish assertion that Hamas was opportunistically using “telegenic” corpses to garner sympathy and political points (and one cannot help but ask back “Who created those corpses in the first place?”), we are in a new era wherein “history” is immediately disseminated and debated globally by local testimonials, amateur photojournalists and video reporters, as well as a large number of non-mainstream news agencies.  Younger people are open to these modes of narrative, curious to know more, and morally puzzled and deeply concerned, and they in turn become conveyers of opinion and witnessing, as seen in the Tumblr site, TheWorldStandsWithPalestine which documents the demonstrations taking place around the world by means of uploaded photos from the participants themselves.

Therefore the Holocaust narrative is being displaced by the overwhelming number of mutually referencing and mutually reconfirming images, stories, testimonials, critiques, from individuals to U.N. agencies like the United Nations Relief and Works Agency that has openly condemned Israel’s bombing of one of its schools.  The Senate’s criticism of the U.N.’s findings on Gaza thus is immediately made questionable by stories like these and many others that create a cognitive dissonance in our minds between the claim of “equal violations” and the actual, not fabricated, figures that give quantitative weight to the visual images of disproportionate Palestinian death and destruction.

Finally, support for Israel is going to wane because unlike before, those who wish to criticize Israel today have already well-established and well-recognized modes of protest available to them. Most important of course is the Boycott, Divestment and Sanctions movement, which was established in 2005.  This call for solidarity from more than 170 Palestinian civil organizations has been answered by more and more organizations and individuals worldwide.  And new groups are springing up all the time.  Many exist to express outrage and concern, others offer material support for relief and aid to the Palestinians, and most important, still others urge specific targeted actions such as divestment.  The most prominent among these might well be the AVAAZ petition urging divestment from companies complicit with the Israel state; as of today it has gathered 1.6 million signatures.  Its statement reads in part:

Our governments have failed -- while they have talked peace and passed UN resolutions, they and our companies have continued to aid, trade and invest in the violence. The only way to stop this hellish cycle of Israel confiscating Palestinian lands, daily collective punishment of innocent Palestinian families, Hamas firing rockets, and Israel bombing Gaza is to make the economic cost of this conflict too high to bear.

The fact that more and more younger Americans are increasingly skeptical of supporting Israel’s military efforts is encouraging in the long run.  But we should not lose sight of the tremendous humanitarian crisis we are witnessing today. Change might be coming, but for now action is needed.