"I'll tell you who's messed up, Bill Maher and these atheists" 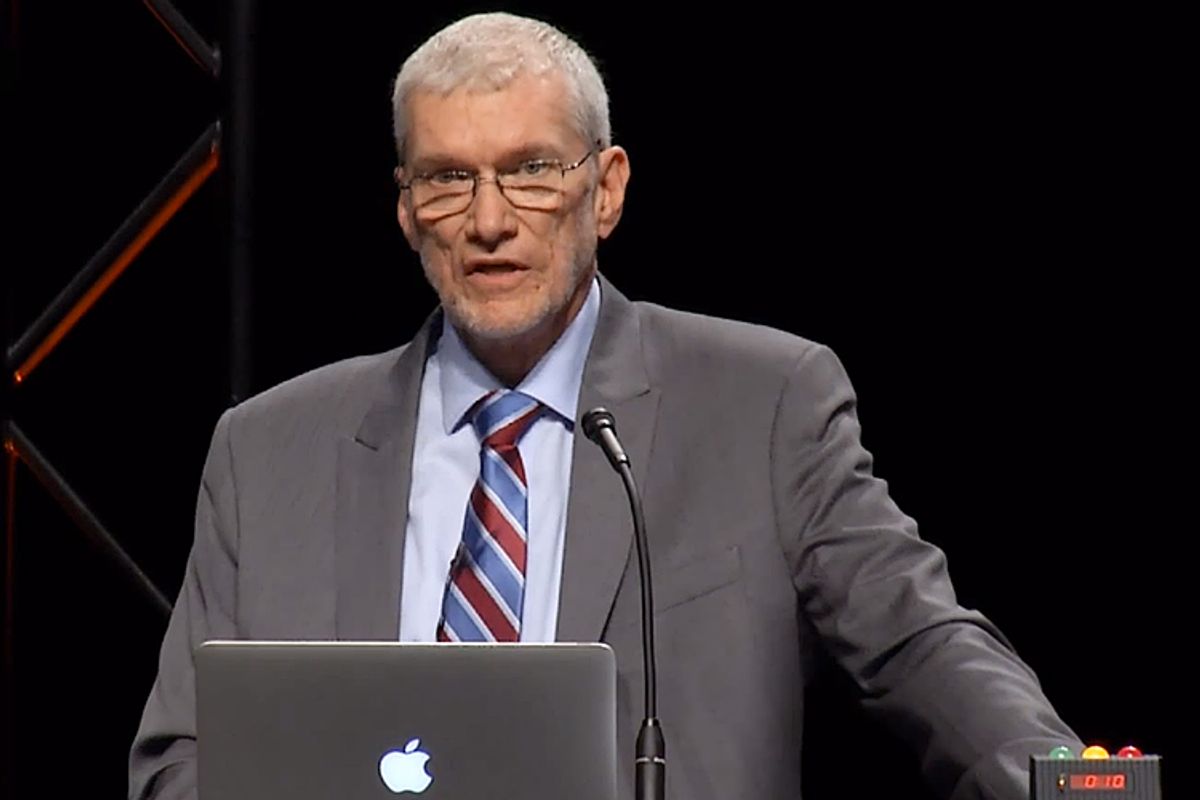 Creationist Ken Ham, most widely known for debating Bill Nye "The Science Guy," clarified his comments about funding the U.S. space program search for alien life and fired back at "messed up" Bill Maher and Neil deGrasse Tyson.

At the end of July, on the 45th anniversary of the Apollo 11 moon landing, Ken Ham, president and founder of Answers in Genesis and the Creation Museum, wrote a blog post about all of the money being wasted on the search for alien life.

"I’m shocked at the countless hundreds of millions of dollars that have been spent over the years in the desperate and fruitless search for extraterrestrial life."

Why? Because of the bible.

"An understanding of the gospel makes it clear that salvation through Christ is only for the Adamic race—human beings who are all descendants of Adam," Ham wrote.

This blog post sparked many responses, including one from "Real Time" host Bill Maher and guest Neil deGrasse Tyson. When Maher brought up the post Tyson stated, "That's messed up."

Well Ham appeared on web show, "The Comfort Zone" to discuss all of the attention he has received for this post. There he rebuked the "secularist" press Tyson, Maher and atheists.

"I'll tell you who's messed up, Bill Maher and these atheists," Ham said.

He also reaffirmed that he does not believe in aliens (because of the bible), and called NASA spending on searching for intelligent life a waste. (One of the hosts suggests that with that money people could build an ark. Ham says with that money more creation museums could be built.)