In the age of Reddit, can the Internet ever really grow up?

More than two decades after its popular debut, the Web is still stuck in a perpetual adolescence. What gives? 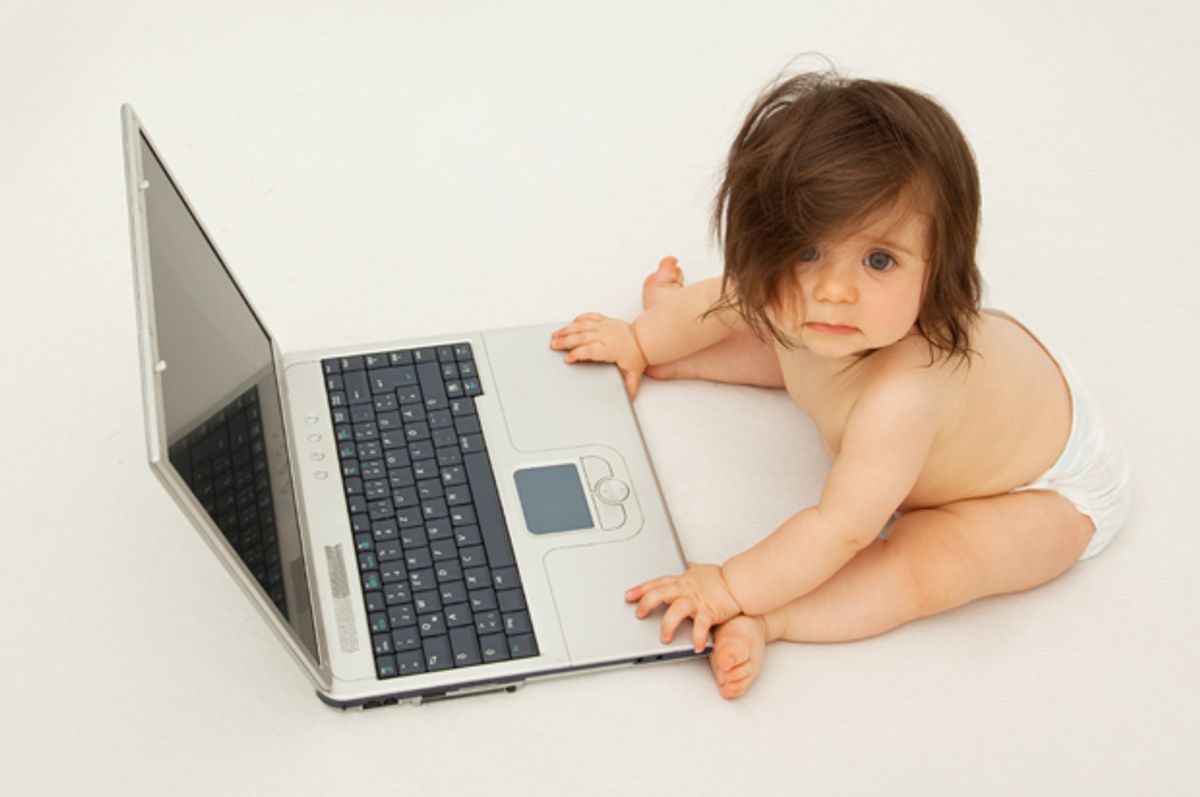 The first image that popped to mind when I saw the New York Times headline earlier this week -- "Can Reddit Grow Up?" -- was of a chaotic playground packed with helter-skelter toddlers. There's a lot of youthful energy at Reddit, and it doesn't always manifest itself in socially productive ways. And, oh my god, the noise!

What Times reporter Mike Isaac really turned out to be asking was "Can Reddit Make Any Money?" Which is a slightly different question, and one that is hardly unique to Reddit's circumstances. Reddit is one of the most popular sites for wide-ranging discussion on the Internet, but it operates at a financial loss. The challenge is familiar: Just how do you go about "monetizing" an incredibly independent and idiosyncratic community without driving away the very people who make the site work? Because if you make Reddit as safe for brands as Facebook, well, then you're not Reddit any more.

What the Times didn't explore is that the question of "growing up" carries a resonance that stretches far beyond the cloistered halls of Reddit. If we choose as the mainstream Internet's birth date the release of the first version of the Mosaic browser on Nov. 11, 1993, then the Internet is just a few months shy of being legally able to drink. And 21 years, in Internet time, should be more than long enough to get one's act together. Right? So why does the Internet, in some crucial respects, still feel stuck in perpetual adolescence.

So here's what I want to know: When is the Internet going to grow up?

Read the comments at any website that doesn't enforce rigorous moderation. "Adult" discourse is in short supply. Look at the headlines that go viral on your favorite social media site -- they are written intentionally to catch the attention of a teenager with about five seconds to spare before he or she is back to trolling Imgur for LoLCat photos. Listen to Internet start-up execs talk about how experimenting with human emotions is perfectly fine "because everybody does it." Would you accept that excuse from a 12-year-old?

Consider the model worker of Silicon Valley -- the young man willing to work endless 80- to 100-hour weeks while subsisting on a diet of Red Bull and pizza. A sign of mature capitalism? I don't think so.

What explains the Internet's permanent revolution of arrested development? Is it because the pace of technological change has accelerated past our capacity to adjust in real human time? Is it the way ADHD is built into the architecture of our smartphone-enabled, Twitter-crazed, video gaming-obsessed civilization? Or is it something a little subtler, something that has to do with how the successful implementation of an I-Want-It-Now on-demand technological infrastructure -- for everything from music to TV to Uber rides to free two-day Amazon shipping to hooking up via Tinder -- has taught us that we don't need to patiently wait for anything ever again? That we don't need to grow up, because we already live in Never-Never Land?

Before there was Reddit, there was Usenet, the primordial discussion forum free-for-all that thrived in the pre-Web days of the Internet. In the very early '90s, Usenet regulars noticed that every September, an influx of college freshmen who had just received their first .edu email address came pouring into Usenet like unwashed barbarians, completely unhip to established Usenet customs and netiquette. Then, in September 1993, AOL turned on the fire hose, and started funneling its vast legions of newbies into the old-school Internet. Thus was born the Eternal September. Rome fell, the Dark Ages began, and the Renaissance is still a long way off.

AOL's cultural influence is long gone, but the utility of the Eternal September concept lives on. We are all newbies, now. We don't have time to get used to anything, or even to settle on what might pass for appropriate "netiquette" before we've moved onto the next thing. We've hardly figured out one new mode of listening to music -- downloads! -- before we are hurtled into another -- streaming! We're all in a constant state of experimentation with our brand new apps and latest model phones. And we're all constantly being experimented on by website designers poking and prodding us for the desired response with their user interface tweaks and manipulation of data.

Sure, like white-water rafting, there are aspects to living through this state of constant topsy-turviness that are exciting and invigorating. And if you've grown up in this era, like the millennials paddling furiously through the new sharing economy, you've never known anything different. It may even feel normal.

But it isn't normal. It's still a transition period. It's still September. We're still fumbling around for best practices -- like, when it is appropriate to experiment on human subjects at a website, or just how much we want to let venture-capital funded profit-seeking start-ups remake our government and politics, or how we will appropriately compensate artists for the production of the creative work that we so dearly love to consume.

The difficulties inherent in this challenge are nowhere more clear than in the quote from Yishan Wong, Reddit's CEO, that the New York Times closed its article with.

"All things change,” and Reddit is “powerless like the pebbles being swept up in the fast-moving river,” wrote Yishan Wong... in a recent Reddit post. “Our goal is to make it change that you like, like when you go back to a mall you really liked when you were a kid and find that it’s become really awesome.”

This is both wonderful and profoundly baffling. Yes! We are all like pebbles swept up in the fast-moving stream! But come on -- has anyone ever gone back to their childhood mall and found it newly awesome? (You can't go home to the mall again!) Isn't part of the process of growing up the realization that the commodification of culture epitomized by malls is desperately soulless and awful? Isn't that the difference between the spirit of Reddit and the spirit of, say, Facebook? Reddit is the unsupervised playground. Facebook is the locked down mall.

The ideology of incessant disruption and creative destruction has been raised to such heights by Silicon Valley's ascendant ruling class that one sometimes wonders whether the goal is to make destabilizing change a permanent state of affairs. We'll just keep tumbling through the rapids until we hit the Singularity, and then all bets are off. But it's also possible that somewhere around the bend we'll hit calm water again, or find the means to craft an equilibrium that gives us the chance to make some sense out of the turbulence. Playtime is fun, but grown-ups are capable of real work.