These adorable kids are completely baffled by an ancient typewriter

And they're pretty appalled by the method of making copies, and deleting a mistake 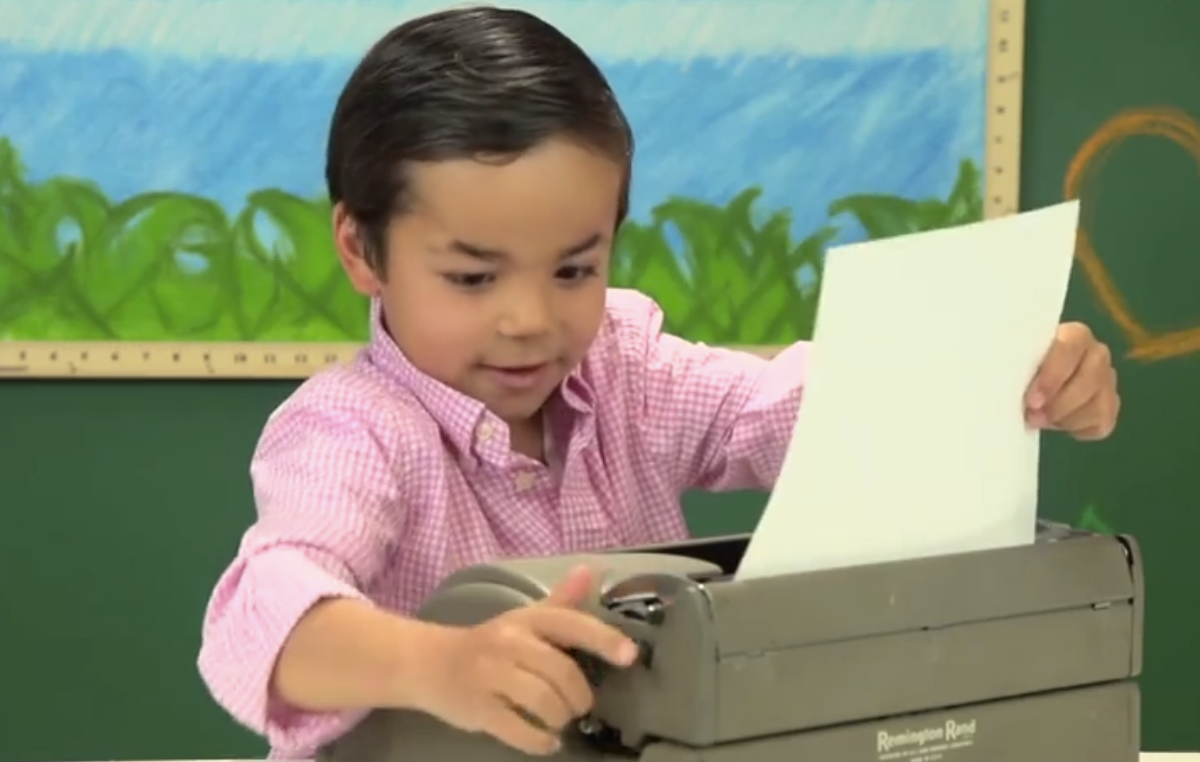 The wide-eyed wonder of children has been captured once again by The Fine Bros in their latest "Kids React" video. In this episode kids, ages 6 through 13, react to yet another piece of older technology: typewriters. (Before the kids have been completely confused by Sony Walkmen, and flummoxed by a 1970s Apple computer.)

Most of the children knew what a typewriter was -- and one adorable girl enthusiastically supported the machine because it didn't waste electricity. However, most were stumped when it came to inserting paper into the typing device, moving from line to line, making copies and of course deleting mistakes.

For all their adorable quips, it is also pretty impressive how easily some of them actually picked up on the technology. The kids were also aware of the speed at which technology changes and adapts, noting that in the future people will probably look at their Mac products with the same sense of befuddlement. Watch below.