Sony is reportedly eyeing the "Bridesmaids" director, who wants to replace the male cast with women 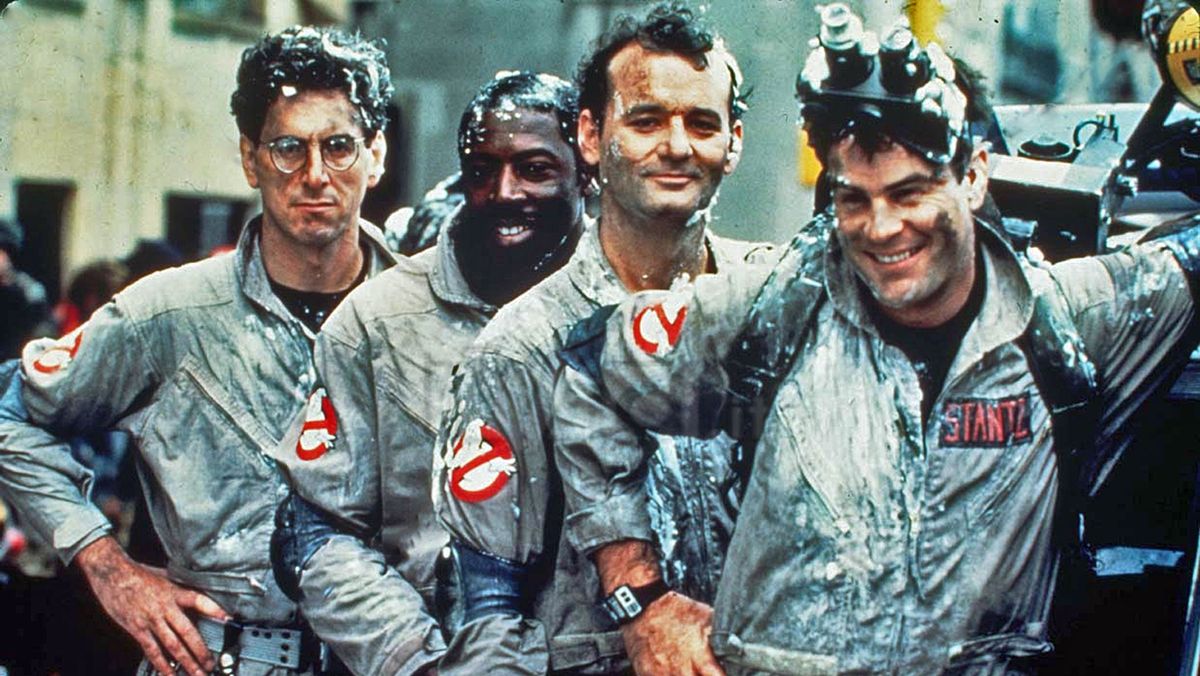 The Internet has run with a report that Sony is courting Paul Feig, of "Freaks and Geeks" and "Bridesmaids" fame, to reboot '80s classic "Ghostbusters." While there is some confusion over the placement of the film within the franchise-- Variety reports it as a reboot of the original, while the Wrap characterizes it as the next development in the 10-year-long conversation about "Ghostbusters 3" -- everyone's got an opinion about the major change Feig would reportedly bring to the cast: women. Here are 5 reasons why a female-led "Ghostbusters" crew will be great:

Paul Feig is a feminist -- not the mansplaining, mackstivist kind, but the kind who thinks female ensembles (see: "Bridesmaids," "The Heat") can be even funnier than male ones. Here's an excerpt from a 2013 interview between Feig and the Daily Beast in which Feig makes it pretty clear that he supports women:

You have a knack for working with hilarious female comedians. Who else would you like to work with?

Oh gosh, I mean there's so many people: Amy Poehler. Tina Fey. I'd love to work with Maya [Rudolph] again. Miranda Hart, who's a comedian out of London. Jennifer Lawrence, I mean who knew she was so hilarious? My goal is to keep breaking the door open wider so Hollywood doesn't say, 'No, you can't star a woman in this.' It's not about whether or not it's a women's comedy or a men's comedy...it's just a comedy. I want the audience to go, 'They're funny, and I don't care if they're a man or a women, I'm going to go see [the film].' Then we would have truly achieved something.

Do you consider yourself a feminist?

Yeah, oh very much so. Most of my friends are women. I've always just kind of hung out with them my whole life, to the point where I don't even mix that well with guys who are hardcore, guy-ishness, I get very uncomfortable. I'd rather hang out with the ladies.

When Richard Linklater's critically acclaimed "Boyhood," gained universal acclaim from both male and female critics, writer Judy Berman wondered if a film about a girl would be accepted and reviewed the same way: "Because when does any movie about women’s experiences — or even any movie starring, written by, and/or directed by women — ever get to be just a great movie?" she asked in FlavorWire. Referencing Feig's "Bridesmaids," she wrote, "'Bridesmaids' couldn’t simply be the year’s best comedy; it had to be proof that, hey, women can be funny, who knew?'"

The depressing reality is that Hollywood executives still seem to need convincing that female-centric stories are worthwhile, or that women can't play the roles that men can take for granted. Here's a rant about the sanctity of the dude-only club by self-admitted chauvinist at Deadline, the industry's most influential blog:

But does that give them the right to take Ghostbusters from knuckle-dragging Neanderthals like me who have little else going for us but our all-time top 10 or 20 favorite guy movies, and the prospect of a revamp that feels like the original guy version of one of the films on that list? What’s next, a Goodfellas redo with female mobsters pulling off the Lufthansa heist? A Raging Bull redo with Rhonda Rousey? Brian’s Song, set in in [sic] the WNBA? Animal House at a sorority? Sony has been looking for the right director since Ivan Reitman told Deadline he’d decided no more ghost busting for him, that he would oversee the revamp as producer but that it was time to hand the torch. This was after the great Harold Ramis passed away.

While this is a projection that no one is qualified to make, several sites have attempted to speculate who will comprise the cast of the speculated film, touting names like Melissa McCarthy, Kristen Wiig and Maya Rudolph. Out of these, McCarthy is probably the best bet -- Feig and McCarthy have worked together on "The Heat," upcoming film, "The Spy," ever since her breakout role in "Bridesmaids." McCarthy has been criticized for selling out overweight women, but as evidenced by her recent "Tammy," she's still finding her voice. As one of the raunchiest and loudest comedians on the screen, she'd be a great member of the Ghostbusters team.

None of this same-movie-new-technology stuff: Paul Feig has a specific brand of humor and a specific point of view. His movies and television shows tend to put geeky boys and strong-willed ladies in pretty ordinary situations and draw out the absurdity of real-life. This humor might not appeal to everyone, and may annoy many of the original "Ghostbusters" fans for that reason, but he'd recreate a cult-classic for a new generation of viewers. His reboot wouldn't just modernizing the look and feel of an '80s film, but would re-contextualize it entirely. One can hope.

If you need more proof that Feig's "Ghostbuster" reboot sounds like a good idea, these middle schoolers swapped genders in a trailer for the original "Ghostbusters," and it is every bit as awesome as the original. They're hankering for an all-lady reboot so come on Sony, do it for the kids: