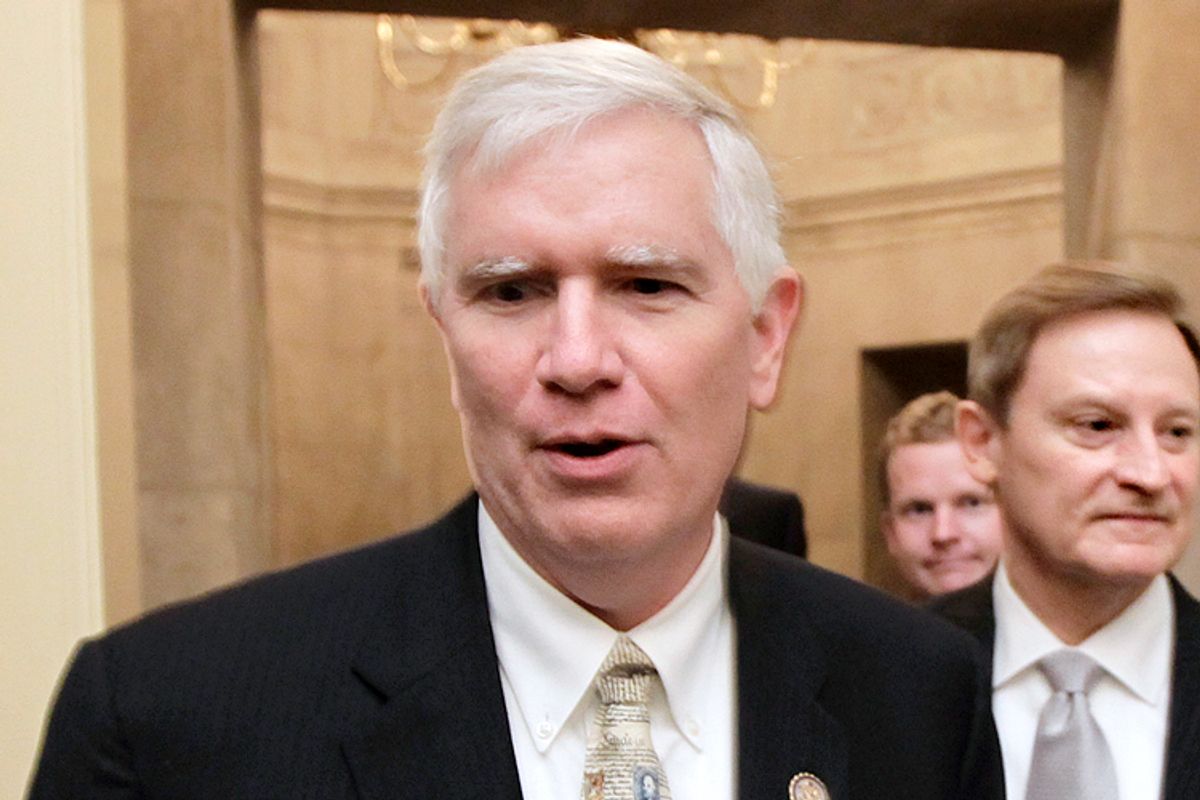 Less than a week after the GOP decided to reach out to Latinos by voting to deport Dreamers (undocumented immigrants who were brought to the country at a young age), Alabama congressman Mo Brooks has given the GOP's much ballyhooed rebranding an extra bit of "oomph" by claiming Democrats are waging a "war on whites."

"This is a part of the war on whites that’s being launched by the Democratic Party. And the way in which they’re launching this war is by claiming that whites hate everybody else," Brooks said in defense of his party's stance on immigration during a Monday appearance on noted xenophobe Laura Ingraham's popular radio show.

"It's part of the strategy that Barack Obama implemented in 2008, continued in 2012, where he divides us all on race, on sex, greed, envy, class warfare, all those kinds of things," Brooks continued.

Brooks next went on to defend his party's base's rigid stance against any kind of immigration reform that isn't focus primarily on deportation, arguing that opposing a pathway to citizenship and further immigration is beneficial to all races.

"It doesn't make any difference if you're a white American, a black American, a Hispanic American, an Asian American or if you're a woman or a man," Brooks said. "Every single demographic group is hurt by falling wages and lost jobs."

Brooks then accused Democrats of demagoguery, saying that the only way their immigration policies will be accepted by the public is through race-baiting and appealing to voters' baser emotions.

You can listen to Brooks' appearance with Ingraham — who, it should be noted, described the congressman's comments as "a little out there" — here.