Women get ripped off because people lie to them 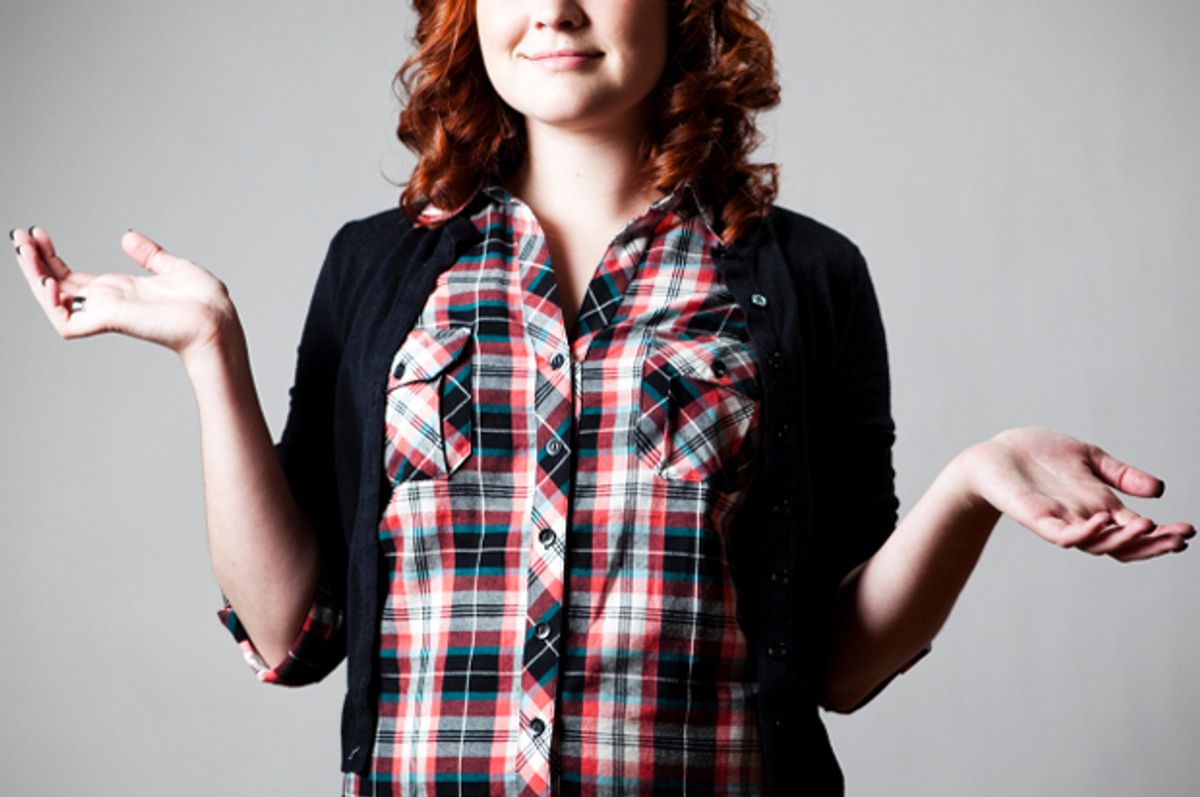 People lie. They especially lie to women, because women are easily deceived in negotiations -- or, at least, they're perceived as being easily deceived in negotiations, which is exactly why people lie to them. According to a new study published in the journal Organizational Behavior and Human Decision Processes, women are more likely to be lied to than men, as negotiators opportunistically deceive them to get ahead.

For the first portion of the study, researchers Laura J. Kraya and Alex B. Van Zanta from the University of California, Berkeley and Jessica A. Kennedy from the University of Pennsylvania had participants perform a role-playing exercise: in pairs, one participant acted as a prospective seller of a real estate property while the other acted as a prospective buyer. The buyer was clearly male, female or gender neutral. Male buyers were rated as less easily misled than female buyers, and women were considered to be less competent, but also to exhibit more warmth. Warmth? What a consolation.

In order to account for deception, the researchers provided a scenario in which the buyer and seller in the role-playing activities had distinctly different goals. Think Progress breaks it down:

Then the researchers examined negotiations between business school students who ... were put in pairs where one acted as an agent selling a piece of real estate property on behalf of a client who only wanted it used for “tasteful” and preferably residential purposes, while the other acted as an agent for a buyer who planned to build a commercial high-rise hotel catered to tourists and convention visitors, “a use inconsistent with the seller’s interests,” the authors note. That meant the buyer’s agent could either tell the truth, endangering the deal, misrepresent the client’s plans, or just tell an outright lie.

The researchers propose that women get lied to more because their perceived warmth actually works against them. It's considered "impolite" to call out deception directly, so "women may elicit deception if negotiators act opportunistically," according to the study. That doesn't mean the blame for "poor negotiation" falls on women; while it might be true that women perform poorly at the negotiation table when it comes to pay raise bargaining and the like, the study raises the point that the trouble could also have something to do with being lied to.