Everything you need to know about Gaza now: The truth behind the spin

As the death toll rises, cease-fires come and go, and protests mount, here are the key facts to keep in mind 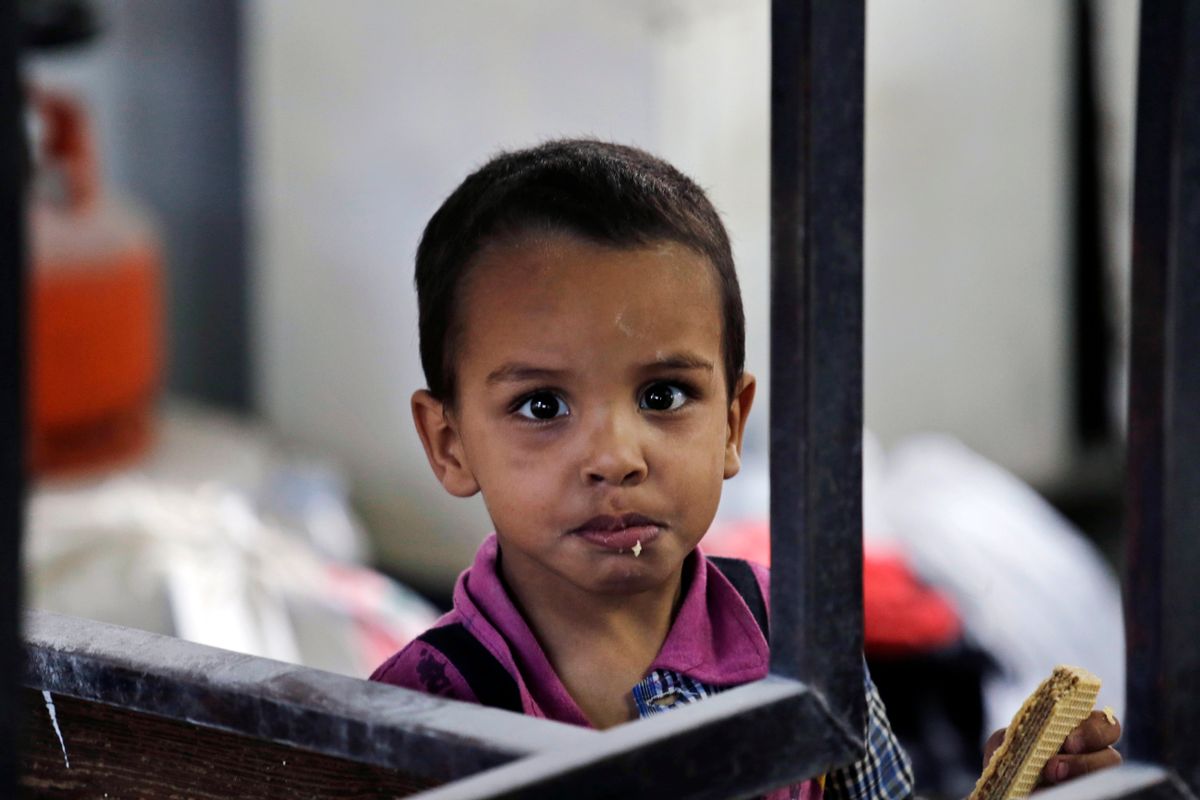 Two related things happened over the weekend: First, the death toll of Israel’s assault on Gaza climbed to more than 1,800 Palestinians, overwhelmingly civilians, including some 400 children. Second, In Washington, D.C., an estimated 50,000 demonstrators gathered in front of the White House to protest the American role in this violent escalation, and then marched on to the Washington Post building (for symbolism’s sake) to protest mainstream media coverage of the crisis.

I have recently debunked the ubiquitous allegation that “human shields” are responsible for Gaza’s rising civilian death toll, and exposed the talking points used to invert the reality on the ground. Here, I would like to explain what brought 50,000 people out on the streets of Washington; namely the mishandling and misrepresentation of this crisis by both the U.S. media and the U.S. administration.

A fundamental problem in U.S. media coverage of the Israeli-Palestinian conflict is an unfathomable absence of context, and the adoption of Israel’s security framework as the primary narrative. Israel illegally occupies the Palestinian territories, and engages in regular land-theft and human rights violations, but that’s almost always missing from U.S. coverage. As Chris McGreal explains more elaborately in the Guardian, you frequently hear interviews start with “What would you do if your neighbor fired rockets into your country?” but never “What would you do if your neighbor illegally occupied your country?”  You hear all about Hamas’ refusal to recognize Israel, but not much about Netanyahu’s refusal to ever recognize a sovereign Palestinian state.

Even though the massive killing of civilians is entirely one-sided, U.S. media frequently misinform viewers through the terrible habit of forced “balance.” This, of course, isn’t exclusive to the Israeli-Palestinian conflict. You can see it with a variety of issues, including coverage of climate change, where the virtual unanimity of the scientific community is often ignored in favor of a “balanced” debate: two sides with allegedly equally legitimate points of view.

In the case of the assault on Gaza, one paradigmatic example of this phenomenon can be seen in this Washington Post headline from a couple of weeks ago, which read: “Two Israeli soldiers killed in Gaza clashes – Death toll tops 330 as Hamas militants step up attacks.” Not only does the headline lead with the two Israeli military casualties instead of the hundreds of Palestinian civilians, but it’s also phrased in such a way that could easily mislead the reader into thinking Hamas militants killed hundreds of Israelis, instead of understanding that Israeli forces killed hundreds of Palestinians.

“Balance” is further forced by collapsing credible neutral observers into the Palestinian camp. So when the U.N. and human rights organizations accuse Israel of recklessly bombing Palestinian civilians without military justification, their take is given the same weight as the counterclaim of the Israeli military, thus imposing the false view of two equally legitimate sides trading accusations. And instead of identifying who’s doing the killing and who’s getting killed, outlets tend to opt for neutral language like “Netanyahu, Palestinian leader blame each other for rising death toll in conflict.”

Just last week in a Reuters article, an Israeli official practically admitted that Israel deliberately aims to devastate Gaza’s civilians when he said “the army hoped the widespread desolation would persuade Gazans to put pressure on Hamas to stop the fighting for fear of yet more devastation.” You can hardly get any coverage of a statement like this, for it might shift the blame away from “equal responsibility on both sides” and too far toward where it actually belongs.

Obama, and the Assault on Gaza

Weeks into Israeli bombardment that killed hundreds of Palestinian women and children in Gaza, the Obama administration offered little more than mild cautions and repeated iterations of Israel’s right to self-defense (even though, as I’ve explained before, Israel’s actions are not defensive). When Israel bombed a U.N. shelter housing Palestinian civilians last week, the U.N. Relief and Works Agency responded with fitting outrage: It described how “children were killed as they slept next to their parents on the floor of a classroom in a UN designated shelter,” condemned “in the strongest possible terms this serious violation of international law by Israeli forces,” and said, “Today the world stands disgraced.” The statement also noted that “The precise location of the Jabalia Elementary Girls School and the fact that it was housing thousands of internally displaced people was communicated to the Israeli army seventeen times.” The U.S., by contrast, issued a vague condemnation that didn’t even call out Israel for the bombing.

The harshest language to ever come out of the White House throughout the entire tragedy still unfolding in Gaza was when it described the potential capture (since disproved) of an Israeli soldier in Gaza by Hamas as “barbaric” and “absolutely outrageous.” How broken does a moral compass have to be to overlook the killing of hundreds of children and see the potential capture of a combatant in a conflict zone as the most horrifying act of “barbarism”? Does this even leave that word with any meaning?

Since then, Netanyahu reportedly showed disdain for U.S. efforts to end hostilities by advising the Obama administration “not to ever second guess me again,” and Israel continued to bomb U.N. civilian shelters in Gaza, prompting the U.S. to finally say it was “appalled” by Israel’s “disgraceful” actions. In that same statement, however, the U.S. also urged Israel to “meet its own standards” of avoiding civilian casualties; which is utterly meaningless since Israel’s standards include an extensive history of “indiscriminate attacks on civilians,” as Human Rights Watch put it, and covering “entire towns in cluster bombs,” as an Israeli military officer admitted.

Zooming out a little and taking a broader look at the U.S. role in this conflict, it is clear that the U.S. has long been a partisan supporter of one side. Israel is the single largest recipient of U.S. military aid, receiving $30 billion this decade alone. And as "The Daily Show’s" Jon Stewart griped last week, the Obama administration is resupplying Israel with arms to continue its assault on Gaza while attempting to get it to agree to a cease-fire. “We cannot be Israel’s rehab sponsor and its drug dealer,” he said.

Beyond military support, there is the also unconditional and equally counterproductive diplomatic cover: Since the 1970s, the U.S. vetoed well over 40 U.N. resolutions that are critical of Israel, which is greater than the combined total of all vetoes cast by all other permanent U.N. Security Council members during the same period. As for the U.S. role in the so-called peace process, Aaron David Miller described it best when he said, "For far too long, many American officials involved in Arab-Israeli peacemaking, myself included, have acted as Israel's attorney, catering and coordinating with the Israelis at the expense of successful peace negotiations."

Last week, the Washington Post said a Pew Poll of American public opinion revealed a “huge generational split on the current conflict in Gaza,” with more 18-29-year-olds blaming Israel than Hamas for escalating violence. With social media and alternative news sites granting wider access to the reality in Israel and Palestine, young Americans clearly get this reality much better than older generations. But the politicians haven’t caught on to shifting discourse in this country, so it is up to all of us to demand a more responsible foreign policy to make sure our country falls on the right side of history. It can start so simply by conditioning U.S. military aid and diplomatic support for Israel on Israel abiding by international law and respecting Palestinians’ basic human rights.