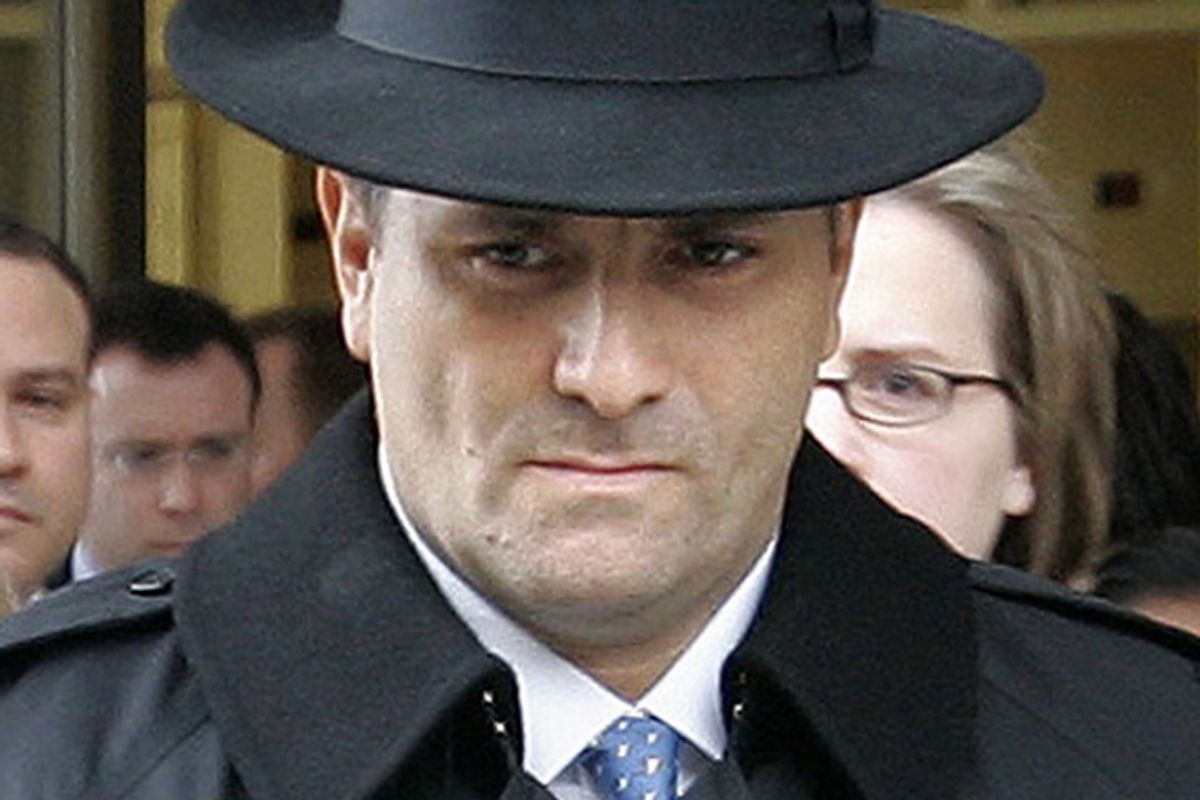 If there's one thing Republicans have learned over the years it's to never let legalities stand in the way of a good fundraising scam. And one of their best cons ever was Jack Abramoff and Ralph Reed's brilliant scheme to con millions from Indian tribes to run a supposedly religious-based anti-gambling campaign against the tribes' rivals in order to gain exclusive gambling rights. And even better was the revelation that they were ripping off their own Christian clients as well. What's not to like? Publicly appeasing religious conservatives at the expense of Indian tribes on behalf of other Indian tribes for whom they have nothing but contempt? It's beautiful. Only Iran-Contra comes to mind as a similarly elegant illegal scheme.

Unfortunately for them, the whole thing unraveled when other illegal behaviors involving Abramoff and his cohorts were revealed as part of an ongoing corruption probe by the Department of Justice. The revelation of the emails involving a Mississippi Indian tribe were particularly ugly. Abramoff and his cronies referred to the tribes as "troglodytes," "monkeys," "morons" and "f'ing idiots" and laughed at the rubes who were paying them tens of millions of dollars to deliver basically nothing of value. As you would imagine, the tribes were not amused. The religious right groups were defrauded in a different way, by being led to believe that good Christian gentlemen like Abramoff's buddy Ralph Reed really shared their belief that gambling is a sin only to find out that his activities were actually helping to promote it. (Elmer Gantry was written all the way back in 1927, so it's not as if this con-man theme is anything new in such circles.) Still, it had to be a disappointment to see one of their young, evangelical stars tarnished with such crude pecuniary corruption.

The triumvirate of Jack Abramoff, Ralph Reed and Grover Norquist went all the way back to the early '80s when they were young Republican Revolutionaries. Each in their own way represented one of the big tent poles of the modern conservative movement: Reed was the religious right, Norquist was the no tax pledge, and Abramoff was the big money lobbyist. They were a juggernaut during the Gingrich and Bush eras, pulling together a coalition of small government conservative Christians and wielding tremendous influence in the Republican Party and on Capitol Hill. Norquist managed to keep his hands fairly clean and escaped the denouement, but in the end, Abramoff pleaded guilty to a number of crimes and went to jail as did some others implicated in the schemes. Several politicians lost their seats. Ralph Reed was chastised by the voters of Georgia when he later ran for lieutenant governor and lost decisively.

So, one might think that as unseemly as the whole episode was, in the end the system worked.

Yesterday, Politico revealed that the latest GOP group of power brokers, the Republican State Leadership Committee, best known for its hugely successful campaigns around the country to turn statehouses into GOP majorities in order to redraw the congressional maps in their favor, has been running similar schemes as recently as 2010 in the state of Alabama. They reported:

At the height of its political emergence, the RSLC was implicated in a risky campaign finance scheme that an internal report warned could trigger “possible criminal penalties” and “ultimately threaten the organization’s continued existence,” according to a confidential document POLITICO obtained from a source.

Never disclosed until now, the document detailed an investigation into alleged misconduct by multiple RSLC officials during the crucial 2010 election cycle: It charged that national RSLC leaders conspired improperly with the leader of the Alabama Republican Party to use the RSLC as a pass-through for controversial Indian tribe donations, essentially laundering “toxic” money from the gaming industry by routing it out of state and then back into Alabama.

They understood that the Mississippi conservatives don't approve of Indian tribes and their filthy gambling:

It is … common knowledge and wisdom in Alabama that taking a contribution directly from the tribe is political suicide for a Republican candidate or public official,” the report stated. “Here RSLC appears to have served as both a recipient of the funds in question and as a donor of the funds back to Alabama, thereby permitting Mike Hubbard to do indirectly that which he could not do directly.”

They even used some of Abramoff's old money-laundering services:

It also sent $100,000 to a group, Citizens for a Better Alabama, that the report describes as “the renamed ‘Citizens Against Legalized Lottery’ (‘CALL’), one of the Christian groups through which Jack Abramoff funneled Choctaw Indian-money.”

The RSLC reports that the people responsible are no longer with the committee and those who were kicked out say there wasn't anything illegal about what they were doing anyway, all of which might be true. At the heart of this matter is more of the Southern gothic Mississippi politics we've been observing ever since the McDaniel-Cochran primary --- a Republican Party in the midst of a ruthless family quarrel. This story indicates that the dimensions of that argument are more complicated than was previously known. It's falling apart at the seams.

Today Jack Abramoff, himself a highly religious man, is making much of his rehabilitation and decries his formerly corrupt ways. He also does interviews with the right-wing site World Net Daily and calls Elizabeth Warren and Hillary Clinton bolsheviks who are allegedly "taking over" everything. Ralph Reed has made another comeback with his new religious right group the "Faith and Freedom Coalition" and is back in the warm embrace of the GOP establishment and the Christian right.  Grover Norquist continues to be the influential keeper of the no-tax pledge.

And Republicans are still ripping off Indian tribes and Christian conservatives like there's no tomorrow. This is the system and they know how to work it. If it ain't broke, why fix it?