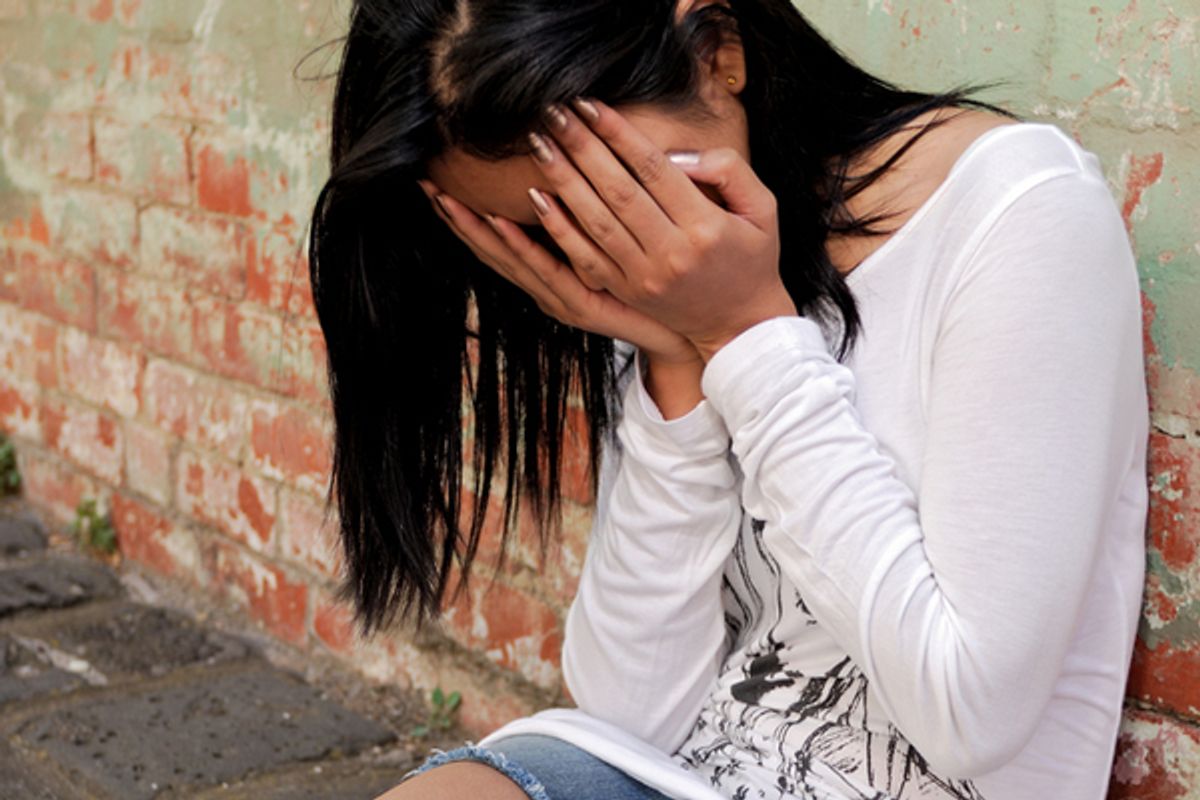 The majority of people who experience domestic violence are women -- that vast majority. An estimated 90 percent of the victims in severe, repeated abuse cases are female. With such an overwhelming male/female disparity, it's safe to say that domestic violence is still, generally speaking, a gendered crime. Treating it as such does not preclude offering assistance for male survivors of domestic violence. But attempting to give aid by making domestic violence centers gender-neutral could preclude helping the majority of those in need of help.

As Polly Neate writes in The Guardian, breaking down domestic violence numerically shows a clear need to address the different types of abuse men and women each typically endure:

None of this means that men don’t experience domestic violence, or need support. They do, and there should be provision for men who are affected. It does mean, though, that men and women will need different kinds of support: women are much more likely to need help to overcome sustained sexual abuse, for example. A higher proportion of the men who experience domestic violence than women are in same-sex relationships and will need appropriate support services which will be different to services for men who are being abused by a female partner.

Gender-neutral services make it difficult to offer these varied types of support. Moreover, Neate points out, many women might be unlikely to seek help at a gender-neutral center, which could understandably feel unsafe for people who have sustained abuse by a male:

Domestic violence can be extremely traumatic, and as a result, many women will not feel completely safe in the presence of men when they have just left an abusive partner. Perpetrators can be extremely manipulative, and a gender-neutral refuge poses a risk as a perpetrator claiming to be a victim of domestic violence could potentially access the refuge his victim has fled to. This is of particular concern where there is only one local service.

In Neate's view, a hurdle that gets in the way of addressing domestic violence is the perception that these abuses are gender-neutral. While it's not inherently harmful to take this view, it poses practical problems for addressing gendered assaults. But those problems don't just affect aid for women. Attempting to treat domestic violence cases as gender-neutral limits the depth and quality of assistance that can be offered to women and men, who need specialized refuges of their own. The abuses vary, and so too should the care.