Must-see morning clip: The KKK has some very bad ideas about how to solve the border crisis 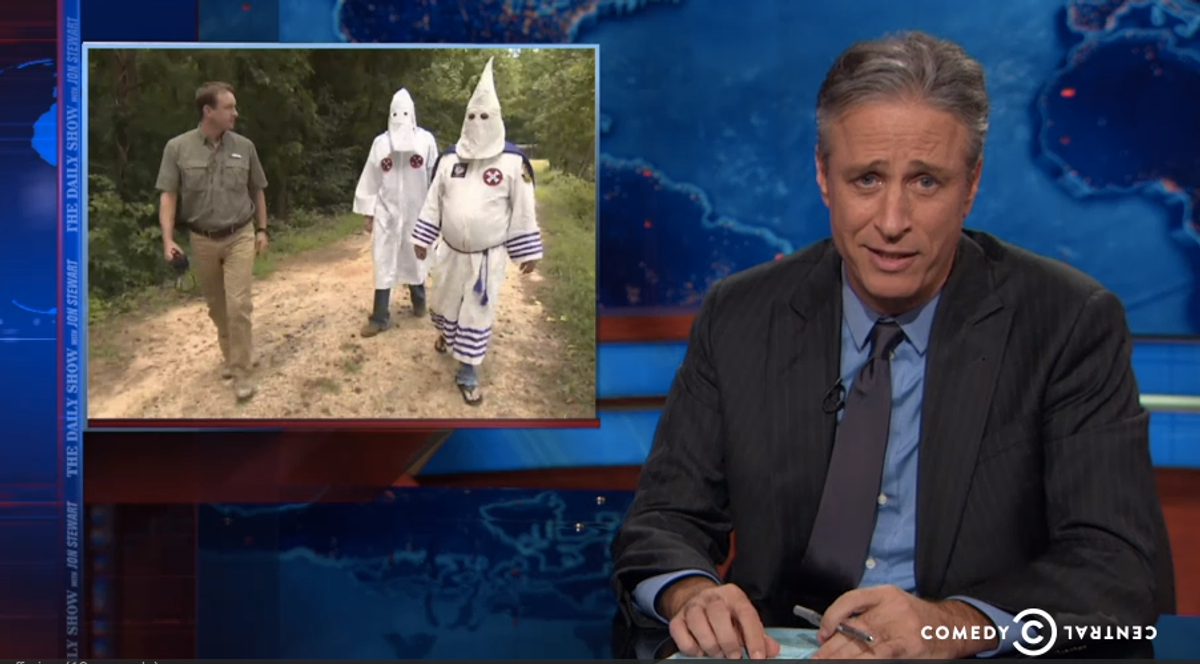 America's government can't seem to find a solution to our border crisis, in which thousands of undocumented children attempt to enter America through the Mexican border. The KKK has offered its opinion, though no one wants it: kill the kids, basically.

Congress' inaction isn't nearly as bad as the KKK's plan, but it's not great. Sticking it to House Republicans, Jon Stewart suggests that it's only a matter of time before they suggest that “minors must be deported via circus cannon” or “dress the border patrol up as Mounties so they think they’ve come too far and turn around.”