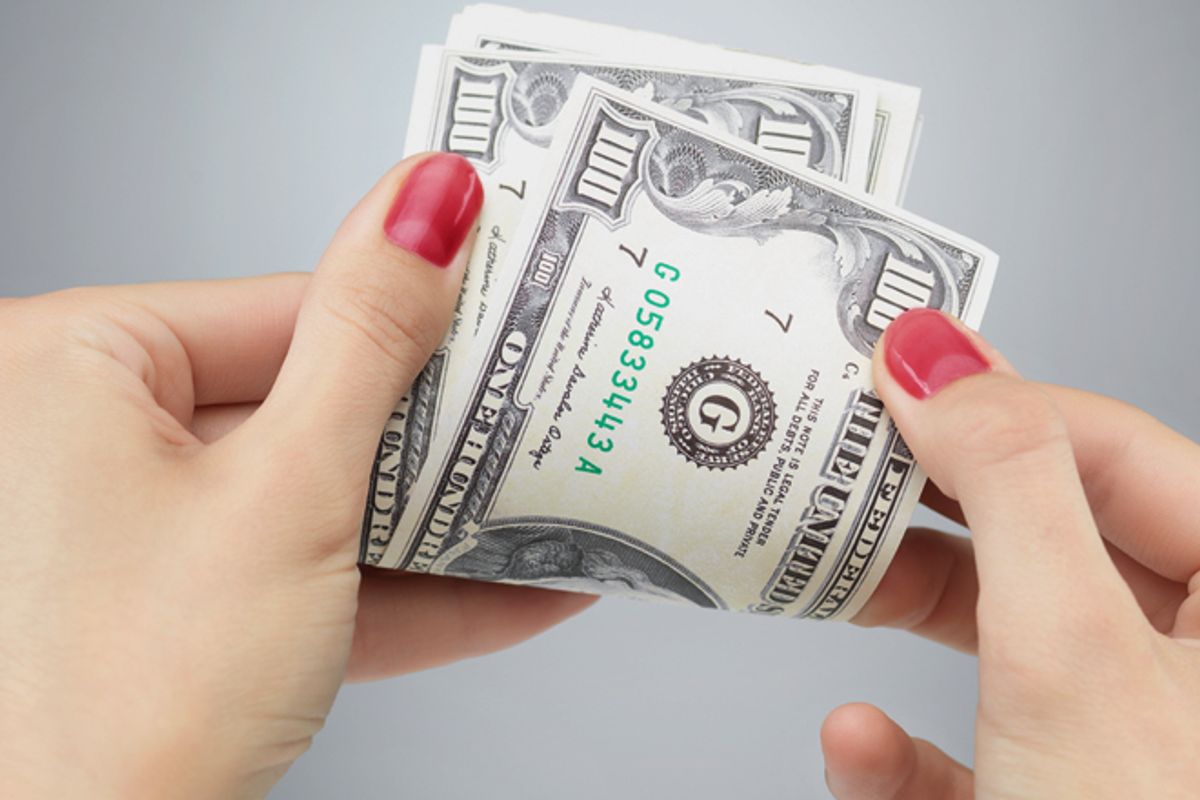 Americans think women should make their own money. And, according to the Council on Contemporary Families, they're OK with wives making more of it than their husbands, if that's the case. The data from a recent CCF poll show that since 2006, there's been a major uptick in the number of Americans who support gender equity for workers, especially working parents.

According to results from the General Social Survey, which has asked the same four questions about gender roles since 1985, the percentage of people who disagreed with the idea that men should be primary breadwinners dropped during the 1990s, but it increased dramatically from 2006 to 2012. The most recent results show that less than a third of Americans consider a male breadwinner situation to be ideal.

Additionally, there have been promising changes to the public's view of working mothers, suggesting that gender role perception really might be changing for the better. Here's CCF briefing the report:

But in the late 1990s, the trend toward acceptance of new gender roles stalled and even dipped. The percentage of Americans disagreeing that a woman’s place was in the home slipped from 63 percent in 1994 to 58 percent in 2000. In the same six years, the number of Americans disagreeing that preschool children were harmed if their mothers worked fell from 57 to 51 percent and the number agreeing that a working mother could have an equally warm relationship with her child as a full-time homemaker fell from 69 to 60 percent.  Between 1993 and 2004 the percentage of Americans saying that men and women were equally suited to politics fell from 75 to 69 percent.

The authors of the study found that no one group was responsible for the overall change, even through some sort of dramatic progressive leap forward. Men and women have tended to change their views at similar rates, and that the same goes for people of different political orientations and educational attainment levels. (Conservatives did see a larger jump in their progression at one point, but overall the changes happened at generally the same rate.) When it came to attitudes changing by generation, though, the researchers found that millennials -- arguably the most egalitarian generation yet -- exhibited the most progressive attitudes toward gender roles.

While the researchers argue that there must be some reason for more widespread acceptance of the idea of women in the workforce and changing gender roles, they don't offer any conclusive options. As Think Progress notes, the change could simply be the result of practical adjustment:

As women entered the workforce and families began to rely on their incomes, the situation may have become normalized. In 1979, less than a third of mothers worked full time, but by the 2000s, 46 percent did. Today more than 70 percent of mothers with young children are in the labor force, and about half of American families have two working parents. Meanwhile, four in ten mothers are the sole or primary source of income for their families, a record number. A working mother has not just become the norm, but a necessity for many.

Whether born of necessity or as the result of some key social event, the trend is promising. Another massive jump toward equality wouldn't be so bad, though.