Corden will succeed Ferguson -- and could benefit from low expectations 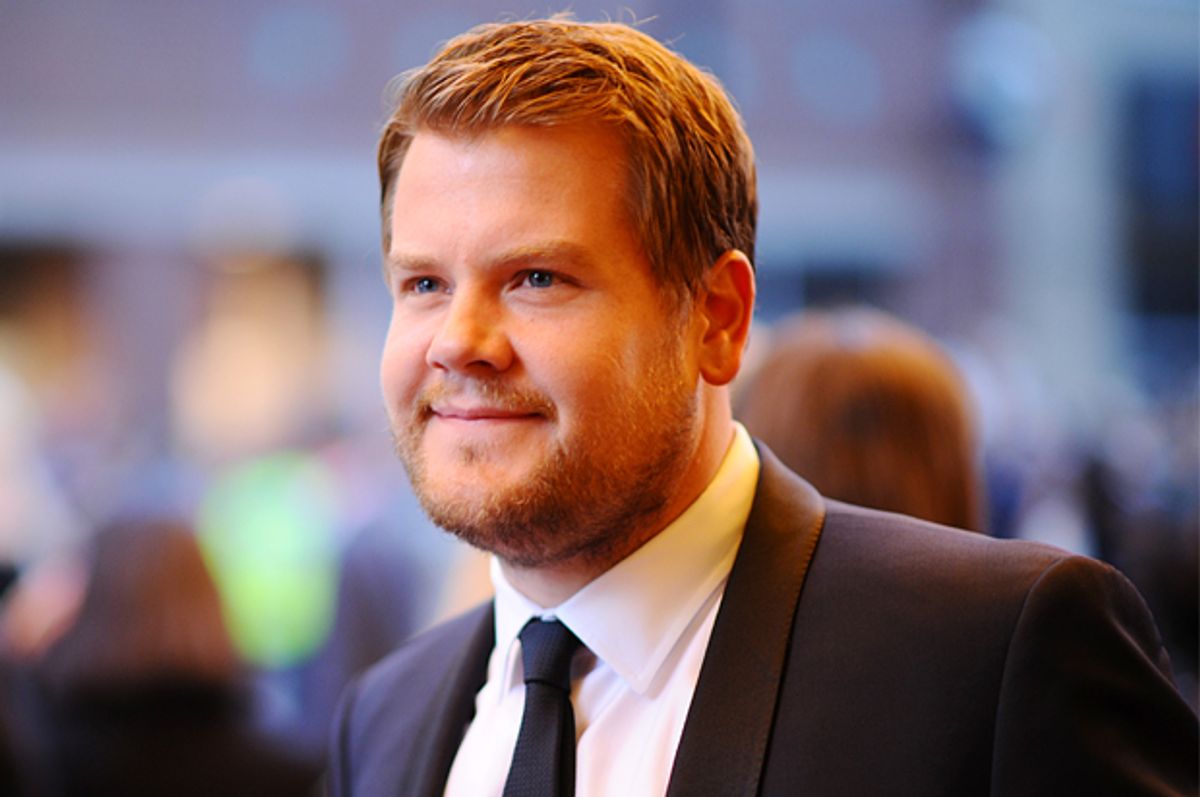 The Wrap is reporting that CBS's post-David-Letterman-era lineup is complete. British actor and comedian James Corden to replace Craig Ferguson at "The Late Late Show," the show that has come on after Letterman for as long as he's been at CBS. Ferguson, the incumbent "Late Late" host, had announced his retirement in April, which he's denied has anything to do with David Letterman's own retirement from "The Late Show."

It's undeniable, though, that the TV legend's quitting CBS (effective next year) made clear some hard truths. CBS appointed Stephen Colbert, a bona fide TV star, to "The Late Show" -- whether Ferguson wanted the Letterman job or not, he wasn't quite right for it in the way Colbert was. But now the network's chosen... something... over fame for their 12:35 slot, looking to a talented comedian with a very small public profile in the U.S. It's as though they wanted a fresher, younger, less expensive... Ferguson.

Corden looks a bit like Ferguson did in 2005, before he began hosting "The Late Late Show" -- he's famous, among his fans, for just about everything other than late-night TV. He's had a long career in the U.K., where he created the popular comedy series "Gavin & Stacey." He's also won a best actor Tony trophy for his role in the play "One Man, Two Guvnors," and will be likely at the very high-water mark of his fame in the U.S. this holiday season with his role in the film adaptation of "Into the Woods."

All great career bona fides for a comic and theater actor! But CBS, per this report, would seem to have a lot of faith both in Corden's talents and in Colbert's ability to draw his fans to their lineup, because the difference in name recognition between Corden and Seth Meyers, his competition on NBC, is not small. Larger still is the difference between Corden and those against whom he'll be battling in the morning-after YouTube clip wars: Corden's first task will be to define a style of segment or sketch that is meaningfully different from Jimmy Fallon's celebrity stunts or Jimmy Kimmel's deadpan pranks, because viewers are already used to watching clips of the other guys.

Corden is in some ways a hugely risky choice -- unlike, say, David Letterman a generation ago when he ended up on late-night after Johnny Carson, Corden didn't come to prominence through slowly climbing the ladder on TV. But that may be a good thing. As a non-megastar and as (sigh) yet another straight white male host, the only way Corden sticks out is by utter unfamiliarity. That may be liberating as it was for his predecessor: Ferguson's great strength at "The Late Late Show" had been his relative unwillingness to play along with convention. Though he was hardly wildly rebellious, his free-form monologues and uncoached interviews didn't look much like anything else on cable, and though he hardly had breakout moments on YouTube the way Fallon does several times a week, his fans were loyal.

The best-case scenario for CBS is that their new host ends up looking as much like their old one as possible. Not in the specifics, really -- Ferguson was sui generis, and someone else doing a Ferguson-style monologue sounds like torture. But if given the choice between indulging whatever it is he thinks would be good or going along with genre conventions, Corden ought to pick the former. The best part of low expectations is the opportunity to wildly exceed them.