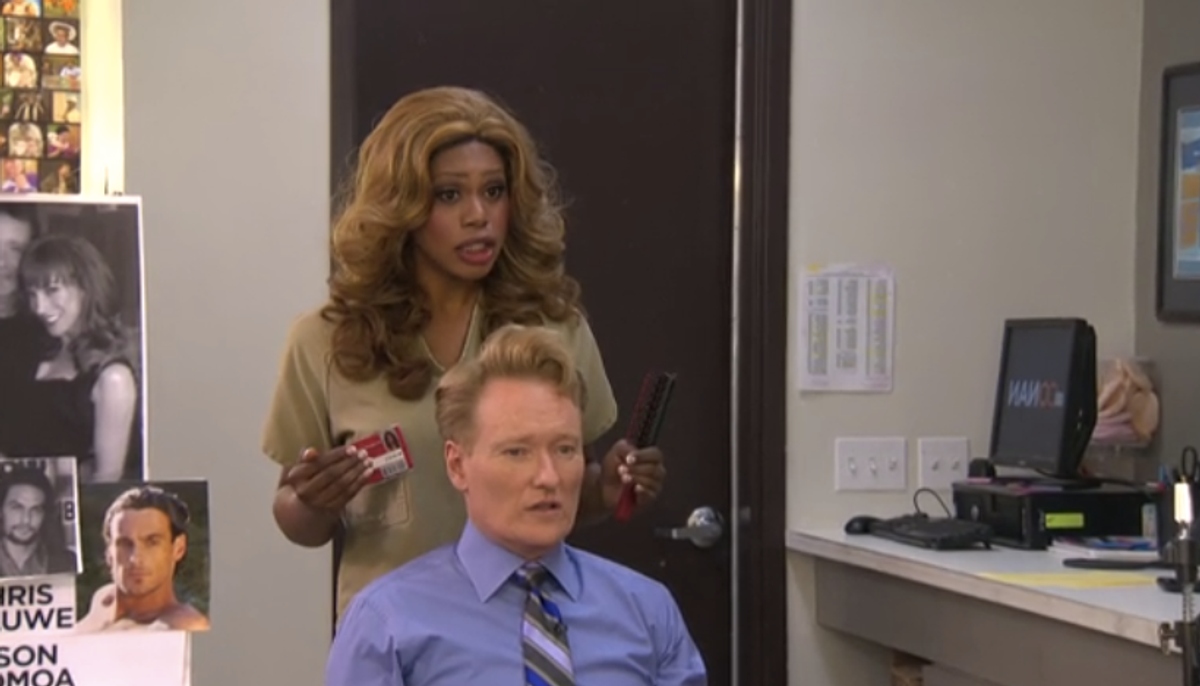 The second season of Netflix's hit series "Orange Is the New Black" may have been out for a few months, but the buzz is nowhere close to dying down. On Monday night, "OITNB" took over the set of "Conan" and it was delightful: Laverne Cox, who plays inmate and hair stylist Sophia on the show, kicked things off by giving Conan a new hairdo (really, just mocking his current one) and then Taylor Schilling, Uzo Aduba, Natasha Lyonne, Kate Mulgrew, Jason Biggs and Lea Delaria stopped by to share stories about the set. Watch the cold open, below: