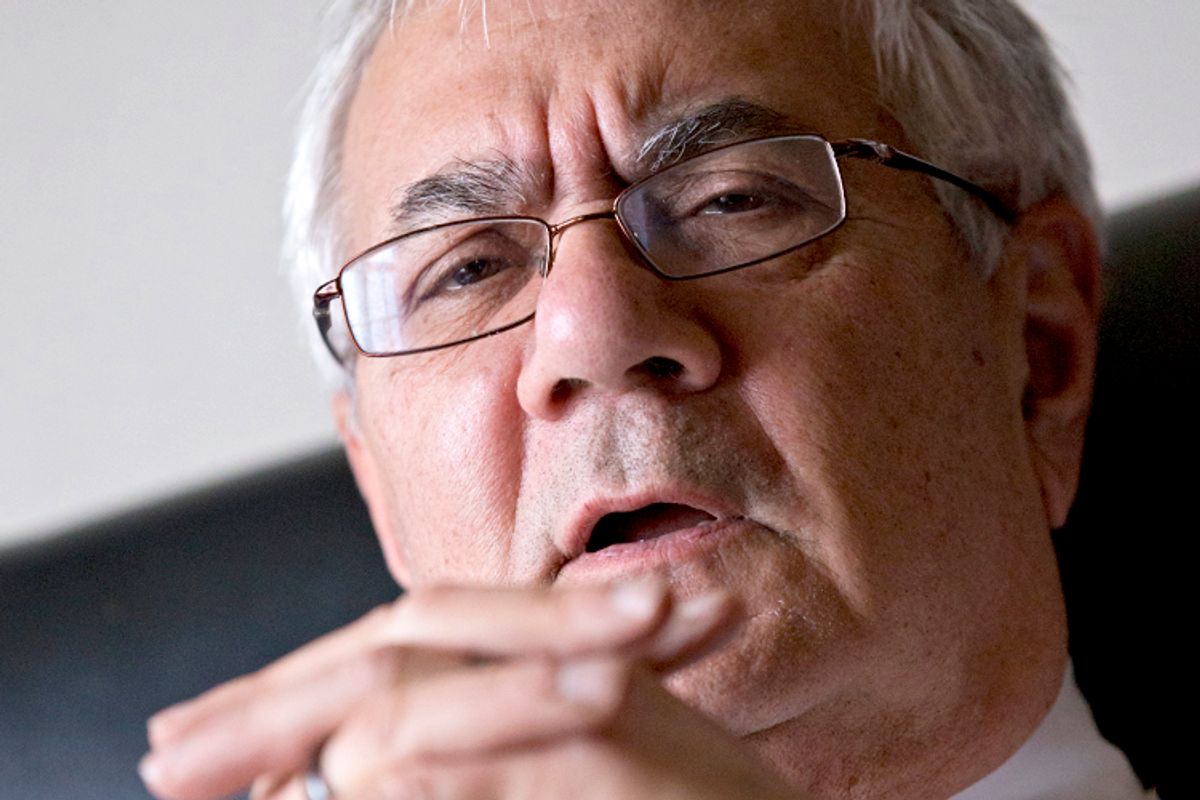 About a month ago, some of the most influential LGBT civil rights groups in the country announced that, after years of supporting the Employee Non-Discrimination Act (ENDA), they would no longer back the bill unless it lost its controversial exemption for religiously affiliated organizations.

But while this move was welcomed by many activists and sympathetic observers, at least one prominent supporter of LGBT rights — who is gay himself — isn't so pleased.

"There is an element in my community that insists on being the cutting edge, and they are determined never to be for anything that could pass because that means that they are stodgy," legendary former congressman Barney Frank told the Huffington Post on Tuesday. "I mean this quite literally," he continued. "The goalposts have not just been moved, they have been propelled at atomic speed. The arguments are ridiculous."

The groups in question have mostly pointed to the Supreme Court's recent, controversial Hobby Lobby ruling — as well as the introduction of laws in various state legislatures that would allow private business owners to refuse services to LGBT people on religious grounds — to explain why the religious exemption (which they were never thrilled with) is no longer acceptable. But Frank thinks these reasons are little more than excuses.

"It's because they are uncomfortable being in the majority," Frank said. "I'm very serious about this. I think it is a sense that it is unbecoming of [LGBT supporters] to be majoritarian in our political position, and if the Senate passed [ENDA], there must be something the matter with it."

Frank went on to argue that the version of ENDA that passed the Senate late last year featured an exemption that is "the least we could put in there to pass the bill." He accused ENDA's erstwhile supporters of demanding "perfection" and being willing to "not give any added protection at all" to LGBT workers in the process.

Reached for comment about his remarks, LGBT activists who oppose a broad religious exemption were careful not to criticize the former congressman. But they reiterated why they pulled their support for ENDA and why it was the right thing to do.

"We could no longer support legislation with an enormous loophole in it to discriminate and which provided employers a free pass to discriminate," said Rea Carey, executive director of the National Gay and Lesbian Task Force. "Imagine a lesbian janitor turning up to work at a religiously affiliated hospital where she thought ENDA was protecting her, only to find that her employer could use ENDA’s broad religious exemption to fire her simply because of her sexual orientation."

"Having weaker protections for LGBT people sends the message that anti-LGBT discrimination is more acceptable than other forms of workplace discrimination," said Ilona Turner, legal director of the Transgender Law Center. "The problem with this unequal approach was heightened earlier this year when the LGBT community had to contend with serious efforts in many states-including Kansas, Idaho, South Dakota and Arizona-to pass legislation that would allow anti-LGBT discrimination based on the religious beliefs of business owners. The Supreme Court's Hobby Lobby decision took these concerns to a whole new level when it held that owners of for-profit businesses can assert religious objections to federal laws and insist on case-by-case litigation about which laws will be enforceable, based on whether the law advances a 'compelling interest.'"