The Washington Times is claiming a NASA scientist cast doubt on global warming. Too bad that never happened 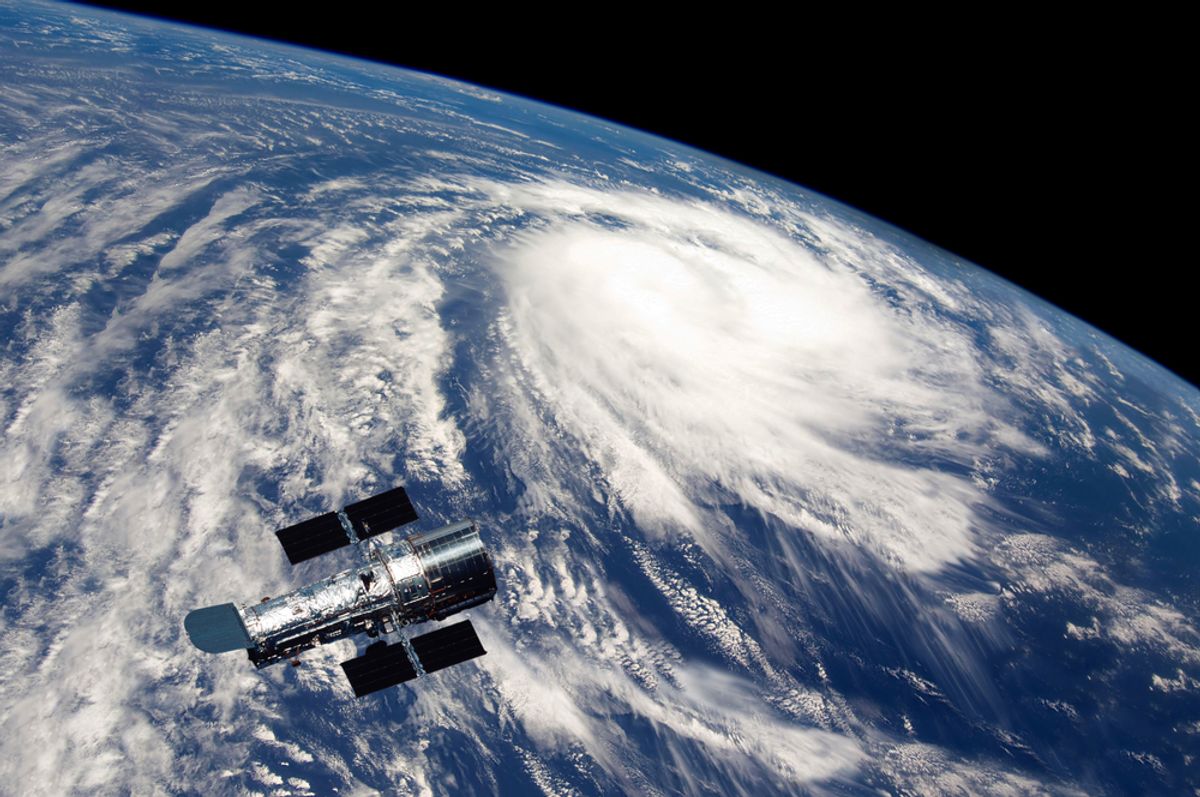 In an agenda-driven fantasy titled "Paging Al Gore: NASA says that global warming could be on 'hiatus,'" the Times claims that the "nation’s space agency his [sic] noticed an inconvenient cooling on the planet lately." The quick article discusses a talk, given at the Virginia Air and Space Center by Norman Loeb, the principal investigator of NASA's CERES project, as evidence that Al Gore is wrong. (Because, you know, Al Gore is the only one talking about climate change these days.) It certainly would be scandalous if Loeb, who has a doctorate in atmospheric sciences from McGill University, were to get up in front of his audience and announce that global warming were no longer happening, after all.

Curiously, however, another article -- one written by a reporter who appears to have actually attended the lecture -- doesn't report anything like that happening. Instead, according to the Virginian-Pilot, the "provocatively titled lecture" ("The Recent Pause in Global Warming: A Temporary Blip or Something More Permanent?" ) was pretty run-of-the-mill, and "reflected the general complexity of climate science."

Loeb "cautioned against drawing conclusions about what 15 years of slower warming means," the article adds, "mainly because it's a relatively short time period."

The "scoop," of course, is dated in more way than one: the so-called global warming "hiatus" has been observed since 2000, and is a long-running (and oft-debunked) myth popular among climate skeptics. Even more strangely, the video embedded above the article features an interview with a different NASA scientist, who discusses changes in the arrival of spring over the past 60 years -- a phenomenon linked to climate change. (The video, alas, leaves that part out.)

But just to be sure it wasn't I who was seriously misunderstanding what happened, I sent Loeb both articles. He was quick to reply that "one of these two articles is actually reporting, the other is most definitely not." Care to guess which was which?

Since I wasn't in attendance at the lecture either, Loeb hopped on the phone to walk through the basic points he was trying to get across. The presentation, conveniently enough, had been uploaded to CERES' website, so anyone who's interested can get a general idea of what went on.

“I tried to keep it as observation-based as I could,” Loeb said, meaning he stuck to things that we can see and measure happening.  “People tend to think this whole global warming is a theory, not backed up by anything solid," he explained. "If we’re going to try to communicate what’s really going on, we have to rely on the observations as best as possible, and explain them the best we can."

One of those observations is the global warming hiatus, a slow-down in warming that's occurred since 2000. Here it is, along with one we experienced from 1940 to 1975 (the graph is of global mean surface temperature anomalies, and the solid black line represents long-term temperature trend): What looks like a slowdown, Loeb explained, isn't -- it's a fluctuate in a long-term pattern of surface temperatures that tend to fluctuate, but that, taken as a whole, are clearly trending upward. Factors like aerosols in the atmosphere, volcanic eruptions, solar irradiation and cyclical weather patterns like La Nina/El Nino all play some role in causing those variations. Particularly noteworthy is the Interdecadal Pacific Oscillation (IPO), an El Nino-like pattern that lasts about 20 to 30 years: The last two pauses in surface warming correspond to periods when the IPO was primarily in a negative phase, bringing a cool tropical Pacific and strengthened winds. Accelerated warming, in contrast, occurred while IPO was in a positive phase.

The point? Loeb writes it out: "Decadal periods of minimal surface warming, or even cooling [translation: the pause], interspersing decades of rapid surface warming, are not inconsistent with a long-term warming trend" (emphasis added). "Rather, it characterizes the interplay between steadily increasing greenhouse gas forcing and internally generated climate variability."

As to the idea that global warming isn't happening? Loeb stresses that he never suggested that -- in fact, he said the opposite. All of these observations indicate that the Earth, as a whole, is continuing to heat up. The chart above only shows surface temperatures, but things change when you include the oceans, where most of that heat is believed to be going. Here's another graph showing various groups' measurements, all of which observe a significant rise in ocean temperatures: Future warming trends will be punctuated by hiatuses too, Loeb concludes, and models won't necessarily be able to predict when they'll occur or how long they'll last. And scientists, as they do, are continuing to ask questions. But this NASA scientist didn't suddenly divert from the main scientific consensus -- that man-made climate change is happening -- nor did he even say anything truly new. Which is perhaps why he sounded so surprised that his presentation was getting attention at all. Sharing this information can be a "challenge," Loeb conceded, because "a lot of people don't want to hear it. They have their own agenda." Blinded by the desire to see something that's not there, they end up missing what's right in front of them.