From Shanesha Taylor to Debra Harrell, the criminalization of black mothers continues -- and it serves an agenda 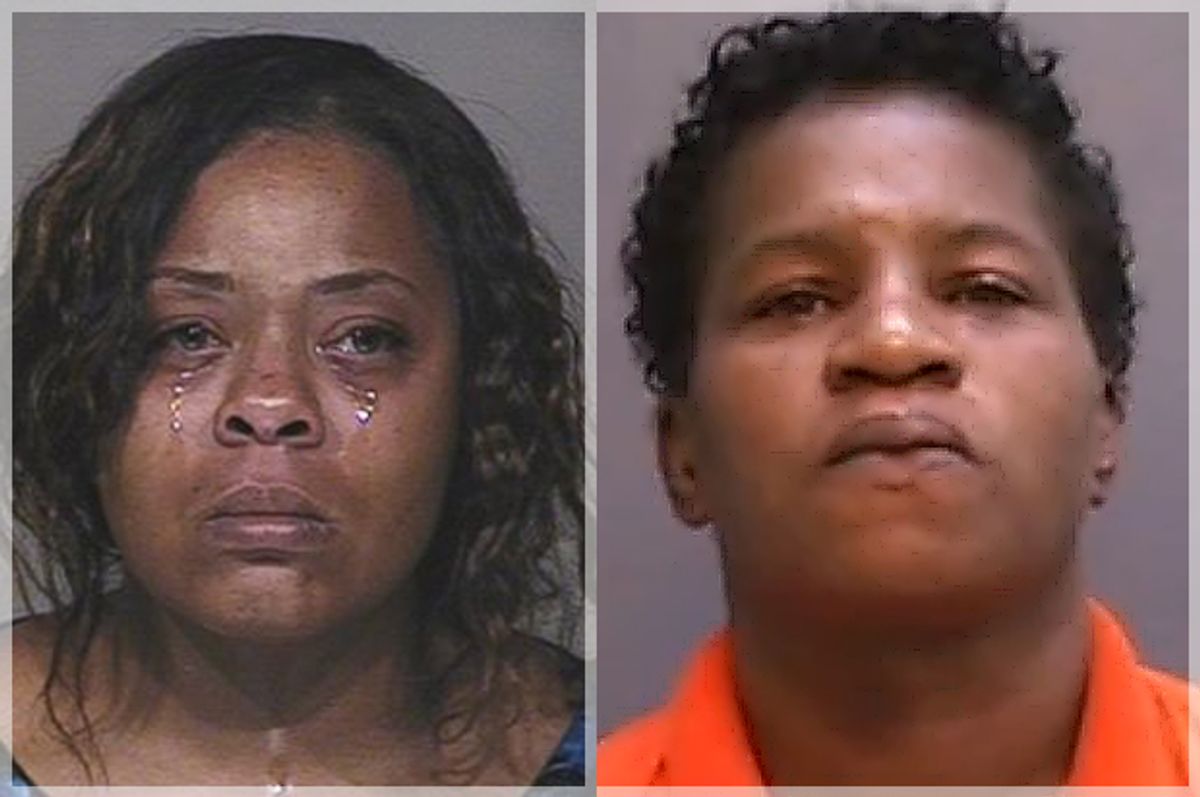 The New York City Police Department arrived at Denise Stewart's Brooklyn apartment last week looking for a “disturbance.” They responded to a call that gave no apartment number and allegedly knocked on Stewart's door when they heard shouting inside.

Stewart, 48, answered her door in a towel, just out of the shower. The video that has gone viral across the Internet shows what happened to her next: She was yanked into the hallway and handcuffed, losing her towel in the struggle. Her neighbors can be heard protesting her treatment, including one who says, “That's a woman. Where are the female cops?” When she collapsed, her neighbors screamed at the police that she had asthma, that they should do something for her.

Stewart's 12-year-old daughter, allegedly the object of the police's concern when they saw “visible injuries” on her, was also arrested, charged with assaulting a police officer, criminal mischief and criminal possession of a weapon after she kicked out a window of the police car when she was forcibly removed from the apartment.

The news of Stewart's arrest comes at a moment when the NYPD is under scrutiny for its “Broken Windows” policing. The death of 43-year-old Eric Garner, who, like Stewart, is black, was ruled a homicide after a police officer put him in a chokehold while attempting to arrest him for selling loose cigarettes, and anger in the city is growing as changes in the police department that were promised by new Mayor Bill de Blasio seem to simply be more of the same. A recent report by WNYC pointed out that 55,000 arrests have been made over the past decade where the top charge was resisting arrest — as with Garner, Stewart and her daughter — meaning, as Robin Steinberg of the Bronx Defenders told WNYC, “an overwhelming majority of the time when you see resisting arrest tacked on to a very low-level disorderly conduct charge or a marijuana charge, what you will hear and come to learn is that there was some altercation that went on — and typically it is the person being arrested who shows some injury.”

Stewart's story also comes at a time when the criminalization of black mothers is also in the news. Shanesha Taylor, an Arizona mother of two who left her children in the car while she went to a job interview, made it all the way to the "Today" show on July 24. She was arrested and the children taken away from her; after her story made headlines and supporters raised nearly $115,000 in donations, she managed to secure a plea bargain to dismiss child-abuse charges against her if she completes parenting and substance-abuse classes, but she continues to fight to get her children back.

Not long after Taylor's story hit the news, Debra Harrell, a mother who works at a McDonald's in South Carolina, was arrested when a neighbor found her 9-year-old playing at the park without her mother. The neighbor called the police and Harrell was arrested, spent 17 days in jail, and faces felony charges. She, too, has received thousands in donations via the Internet, as more and more people understand the dilemma that Harrell and Taylor faced, the choice, as Taylor put it, "between providing for my children and caring for my children.”

As Noah Remnick pointed out in the L.A. Times, the myth of the bad black mother has been used to justify policies that ensure that Taylor, Harrell and many women like them keep facing those impossible choices. In addition to cutting the funds that would have helped these women care for their children, the 1990s “welfare reform” law enhanced surveillance of poor mothers and added to the stigma that already existed, stigma that said that being poor was akin to committing a crime against one's children. Women like Harrell were forced into low-wage jobs at places like McDonald's, where 65 percent of the workers are women and 36 percent of the women workers over 20 are mothers. The median wage for fast food workers is about $8.90 per hour. Creating a childcare system for those mothers as they were pushed into the workforce was out of the question.

If it's not hard enough to find childcare on poverty wages, workers are forced to do it around an erratic schedule, where one week you may work 30 hours and the next week 13. Reliable scheduling has become one of the key demands of the growing fast-food movement, and last week lawmakers even introduced the Schedules That Work Act, which aims to help stabilize the schedules for the often low-wage workers whose working hours are determined by sales numbers and the whims of the boss.

While there has been movement on some family-friendly policy initiatives like paid sick leave around the country, the criminalization and control of the poor, particularly the black poor, continues apace. House Budget Committee chairman Paul Ryan, R-Wis., unveiled his new poverty policy plan with great fanfare a few days ago, a plan that consists of poor people having to submit to even more control by the state. Each person who needs assistance would have to create a “customized life plan” with targets to meet for finding work, and sanctions for not meeting those goals. He depicts, yet again, the poor as unable to control themselves or make their own decisions — obscuring the role of the same government he suddenly trusts to run their lives in creating the unbearable choices they have to make.

Black women in the National Welfare Rights Organization in the 1960s and '70s fought back against these stereotypes, demanding financial support for caring for their children and respect for the work that they did in raising those children—work that, as Selma James pointed out to me for a recent piece in In These Times, is not considered as important as work outside of the home, for wages. The welfare rights movement won gains, but the backlash against it has created the policies we have now.

The people who would be subjected to Ryan's plan, who make do with the tatters of welfare left over from the Clinton-era “ending of welfare as we know it,” are not all black women. The people today who struggle to have and raise children under work-family policies that would be laughable in most other industrialized nations are not even all poor, as Evie Nagy pointed out in Fast Company last week. Yet the strategic deployment of the stereotype of the bad black mother, so memorably trotted out over and over by Ronald Reagan and other Republicans, has ensured that all of them are required to desperately try to pull their entire families up by their bootstraps in an economy where fast food work is one of the fastest-growing jobs.

And it is still black women who face the brunt of the crackdown, who are not simply left to struggle on their own but who have their children taken away for the simple crime of being poor, who are sent to jail for leaving their children in the car or at the park, though there are probably many parents who have had to leave their children unattended in a desperate situation. It is black women who fit the description of a child abuser when the police show up, who do not benefit from the presumption of innocence.

The racist caricatures of black “welfare queens” cruising around in Cadillacs while ignoring or abusing their children were used to create policies that we all have to live with. They were used to create policies that force parents into impossible choices and then blame them for the less-evil decision that they make. They created a situation where a black mother is always a suspect, where taking her children away is the first response from authorities.

They made it possible for the NYPD to drag Denise Stewart into the hall half-naked and then claim it was she who was the criminal, to throw her 12-year-old daughter, the one they claimed to be trying to protect, into the back of a police car in handcuffs.