For all its pleasures, Marvel's newest franchise has the same whiff of misogyny as so many big-budget blockbusters 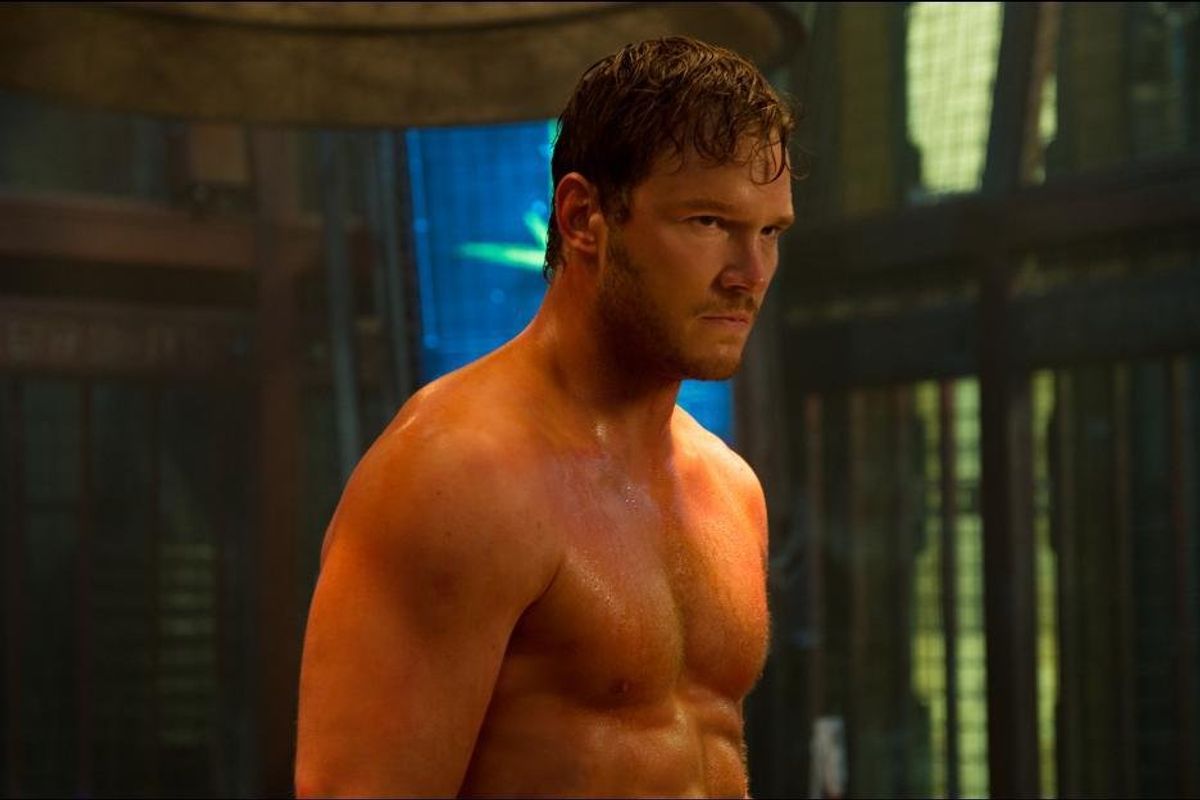 As much as I enjoyed Guardians of the Galaxy in all its space-operatic wonder, that enjoyment was marred by what I can only describe as a miasma of douchiness.

This may sound like an odd thing to say about a franchise that is already dominated by male heroes, but GotG is the first Marvel movie that feels like it’s aimed at dudes.

Take a look at the rest of the Marvel Studios films. We’re 10 movies in, and every one of them is successful because it has mass appeal without resorting to lowest-common-denominator tactics. Each film also has a slightly different tone and audience, brought together in 2012 to make The Avengers a billion-dollar success. Iron Man has Tony Stark and Robert Downey Jr.’s star power, the Captain America movies are more serious, political, and romantic, while Thor is a fantasy epic (and very popular with women, thanks to its wealth of female characters and a villain plot that stretches beyond people punching each other into submission).

Feminist comic book fans have more or less lost hope for DC efforts like Man of Steel, but supporting characters like Peggy Carter, Pepper Potts, and Black Widow mean that Marvel is still perceived as the girl-friendly option. And in general, that’s accurate, despite their continuing reluctance to launch a female-led franchise. Marvel Studios movies might not include many female characters, but they don’t actively exclude female audiences.

Both Iron Man and Thor see their main characters go through a kind of de-douchification process, as Thor and Tony Stark learn to be less selfish and cocky and eventually save the day. Peter Quill sees no such transformation in Guardians of the Galaxy, which is fine: his immaturity is part of his charm—and besides, it makes sense. He was orphaned at a young age and raised by space pirates for the next 20 years. Of course, he turned out to be kind of a dumbass. The problem here isn’t with Peter Quill (or the rest of that “bunch of A-holes”), but how the filmmakers engineered the world around him.

At the beginning of GotG, we get our first warning sign. Peter flees back to his spaceship to discover an old one-night-stand camping out onboard. He’d forgotten she was there: hilarious. So, what are we supposed to take from this? That he’s an idiot who leaves near-strangers onboard his beloved spaceship? That this woman is too much of a non-entity to do the interesting thing and try to steal said spaceship?

It would be OK if she gave any impression of having a personality for the duration of her 30-second appearance, but she really doesn’t. Instead, the punchline is that Peter Quill is a totally rad hetero dude who bangs alien chicks and then forgets about them because he’s busy with space business. This is the kind of tired “joke” that plagues the rest of the film.

Later on, we have Rocket Raccoon suggesting that Gamora seduce someone to get them all out of space jail. This doesn’t make a whole lot of sense because she already has a way more useful skillset—plus, everyone in the prison is terrified of her or wants her dead. Then toward the end, Drax just straight-up calls her a “whore.” This makes even less sense because Drax’s gimmick is that he takes everything very literally, indicating that he actually means every word he says. The coup de grace is when the final battle scene ends with Peter calling Ronan a “bitch.”

Combine this with the many shots showing off Gamora’s skin-tight, semi-transparent outfit, and GotG doesn’t compare well to something like The Avengers or Thor. And of course, it also suffers from the common Hollywood problem of making every single incidental character a man, from the Nova Corps officers to the space pirates to the prison guards to Ronan’s goons. The only background female character is the Collector’s assistant, whose role is to scrub things while wearing a minidress and then get blown up.

None of this necessarily “ruined” GotG for me, but over the course of two hours, these frustrating little details felt like a pointless and insulting series of interruptions to an otherwise entertaining movie.

Marvel knows what’s what when it comes to marketing, so Gamora,Nebula and Nova Prime all got their own posters. Karen Gillan even made sure in one interview to point out that the film passed theBechdel Test, providing us with a perfect example of why the Bechdel Test is only ever a guideline. The Avengers had even fewer female characters, but it treated those women better.

Guardians of the Galaxy is the first Marvel movie with a woman as one of the credited writers. Nicole Perlman drafted the original screenplay while on a two-year writer’s contract at Marvel Studios, before handing her work over to James Gunn for rewrites in 2012. After that she had little to no influence on the outcome of the film, and my theory is that among various other edits, Gunn’s additions included that handful of weird and jarring attempts at sexisthumor.

Back when Gunn was first hired to direct GotG, many fans were apprehensive due to his history of offensive comments online, including a rather gross and sexist blog post titled “50 Superheroes You Want To Have Sex With.” More than 5,000 people signed one of those usually-pointless Change.org petitions, and Gunn went on to give a sincere apology explaining that the blog post (which was more than a year old at that point) had been an attempt at satire, and that he no longer found it funny.

In this context, it’s pretty easy to imagine what happened withGuardians of the Galaxy: Gunn genuinely went out to create a film with “strong female characters” and was savvy enough to include a basic Bechdel pass. But then secure in the knowledge that he was meeting that goal, he failed to realize that jokes about prostitution and background characters like the Collector’s assistant and Peter Quill’s one-night-stands would serve to undermine those intentions.

They say that the best way to make good art is to make it for yourself—and that usually seems to be the formula for good blockbuster filmmaking as well. If you enjoy a particularly silly cliche or overblown style of action sequence, then chances are several million other people will as well.

James Gunn made the type of movie he would enjoy as a boy and enjoys now as an adult, and for the most part, it worked. Guardians of the Galaxy is reminiscent of classic franchises like Indiana Jones and Star Wars, and in that sense is kind of a nostalgia trip. It’s a film with the overall feel of a kids’ cartoon, but that harkens back to the adult audience’s childhood with its Kevin Bacon references and ‘80s music soundtrack.

The only flaw in this fanboy utopia was the Transformers-esque whiff of misogyny in the air. Up until now, the Marvel Studios franchise felt safe from hooker jokes and disposable girlfriends.

Intentional or otherwise, GotG’s attitude to women is a problem. And in the light of recent Marvel controversies like killing off Janet Van Dyne and refusing—for what seems like the millionth time—to make a film with a female protagonist, that problem seemed particularly obvious.