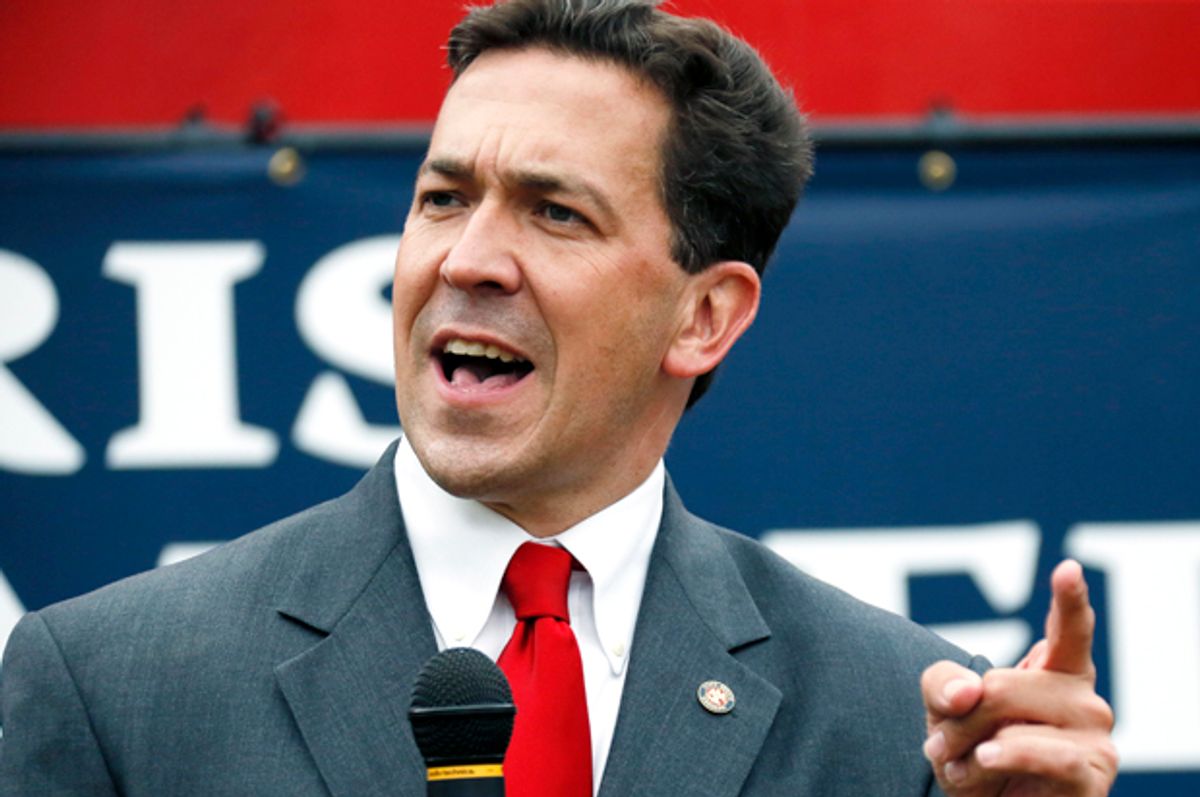 In a fittingly tawdry and absurd turn to a campaign and post-campaign that's been defined by nothing so much as its silliness, the man who previously made the bombshell accusation that Mississippi Sen. Thad Cochran's campaign offered him $15 for every vote he could provide from the African-American community now says he was lying — and that he was paid $2,000 by a spokesperson for Cochran's opponent to do so.

The man in question is named Stevie Fielder and was the chief source for right-wing journalist Charles Johnson's incendiary report. Fielder now says that McDaniel spokesman Noel Fritsch paid him to do the Johnson interview, and has reportedly told Mississippi's attorney general, who has investigated whether Johnson himself was the source of the money, that the McDaniel camp is the source of the foul play.

For his part, Fritsch is denying he gave Fielder any bribe to spread false information and level untruthful accusations. In an email to Talking Points Memo, he placed the blame back at Johnson's feet, saying the freelance journalist "paid for the texts & emails Cochran/Wicker staffer Saleem Baird sent that prove Cochran bought Democrat votes." He did not respond to TPM requests for further comment.

Cochran was declared the winner of Mississippi's GOP senate nomination runoff a few weeks ago, a result McDaniel — who was widely expected to beat Cochran in the weeks and months leading up to the vote — has refused to recognize. McDaniel and his team have claimed that Cochran stole the election by paying "black Democrats" to vote for the incumbent in the state's open runoff election.