Stephen Colbert learns why James Cameron had to go to the bottom of the sea: "Curiosity"

Cameron explains the importance of exploration, in advance of his new movie "Deepsea Challenger 3D" 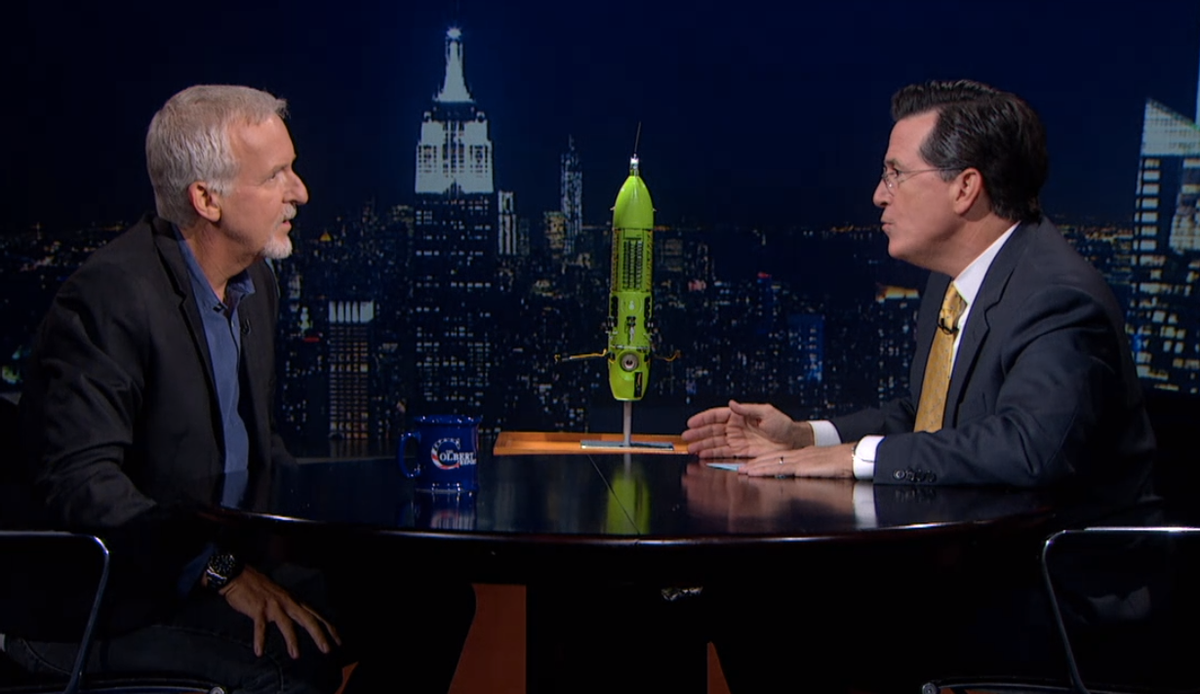 Last night the scheduled guest on "The Colbert Report" was director James Cameron. Cameron's "Deepsea Challenger 3D" documentary comes out in theaters on Aug. 8. The director of "Titanic" and "Avatar" discussed the 2012 mission to the Mariana Trench in the Pacific Ocean -- the technology, size of the craft, and why Cameron himself wanted to go to the bottom of the sea.

"Why not just tape a Go-Pro to a bag of rocks and drop it off?" Colbert joked. "Same diff. Why you do have to go?"

Cameron explained that he dropped a crescent wrench overboard and said, "That just went to the deepest spot in the ocean. Getting down there is easy. Getting back is hard."

Cameron -- cynical about chances of funding from Congress for such exploration -- hopes to spark this  curiosity in future generations. On Aug. 4, he screened "Deepsea Challenger 3D" at the American Museum of Natural History and answered questions from the mostly children gathered.

A girl in the audience asked if there was more to see in the Mariana Trench, Live Science reported. Cameron said this: "It was like I jumped out of an airplane at night over a wheat field in Nebraska, landed with a parachute, walked around with a flashlight for three hours and then went back up and said that I had explored America."