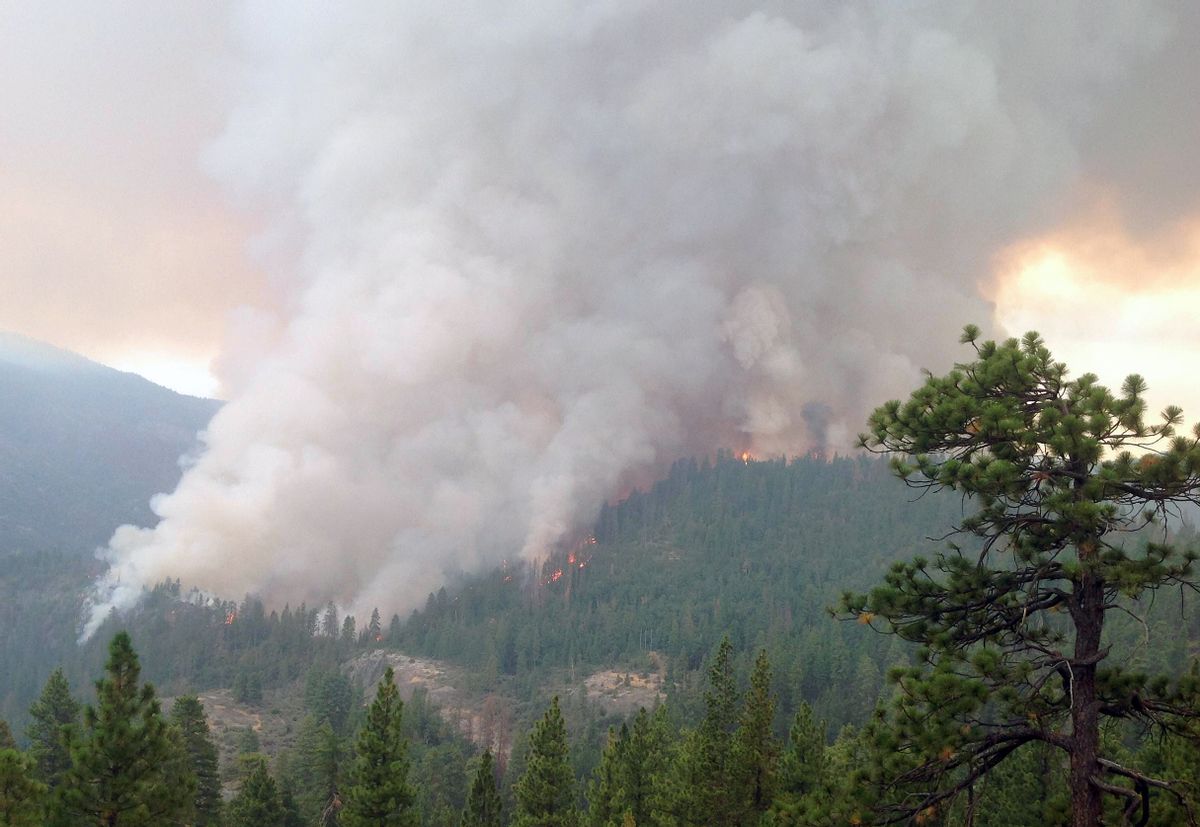 What do the wildfires ravaging the Northwest have to do with climate change? A whole lot, according to the White House, which is out with a new video driving home the idea that climate change is affecting us here and now, in real and dangerous ways.

"While no single wildfire can be said to be caused by climate change," John Holdren, President Obama's chief science adviser, begins in the three-minute explainer, "climate change has been making the fire season in the U.S. longer and on average more intense."

This should be less controversial than the time Holdren explained the link between climate change and the polar vortex, because the science here is much less speculative: It's clear that wildfires are occurring more frequently and covering more ground than they were 40 years ago, a trend that strongly reflects the changing climate. As the National Climate Assessment also concluded, hotter, drier weather, along with an earlier snow melt, are making Western wildfires "start earlier in the spring, last later into the fall, and burn more acreage."

"Climate change is also bringing us more dead trees -- kindling in effect -- killed by a combination of heat stress, water stress and attacks by pests and pathogens that multiply faster in a warmer world," Holdren adds.

It's little comfort, perhaps, for the people dealing with the reality of these fires right now, but Holdren's message is about more than explaining the climate connection. Don't like wildfires, and don't want this problem to get worse? Maybe think about the EPA's efforts to limit causing carbon pollution from power plants, because while Republicans use lame arguments to make them seem like a bad idea, the science is clear: Acting to fight climate change has never been more important.