If nursing is "natural," why doesn't Glamour show it like that? 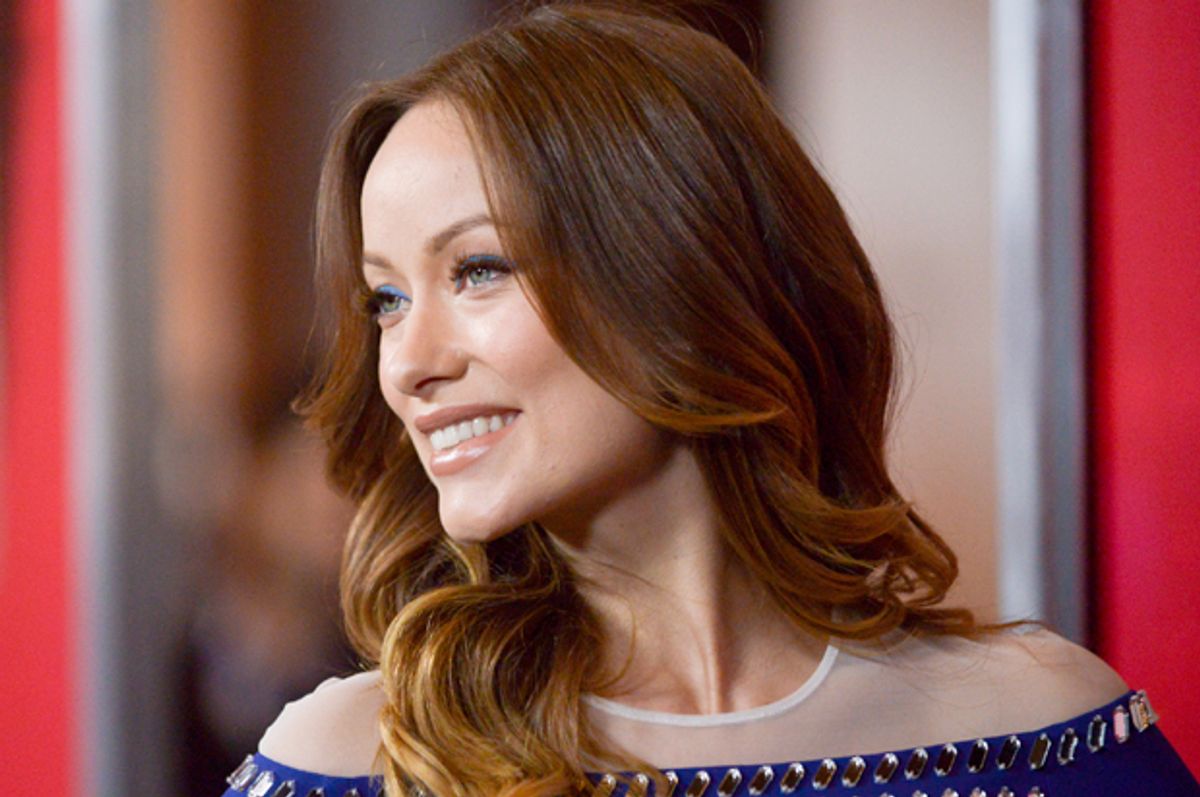 You don't expect total realism in a fashion shoot for a magazine that's called Glamour. And it's a positive thing that so many celebrity mothers are coming forward lately to promote breast-feeding as a normal, healthy act that doesn't need to be covered up or exiled to a separate space. But as you gaze upon that Patrick Demarchelier photo of new mom Olivia Wilde, the one in which she's lovingly holding her naked infant son while he nuzzles at her Roberto Cavalli half-clad bosom, just remember that it goes down a little differently where you're breast-feeding here in the real world.

Just three years ago, Miranda Kerr's casually sleepy, dreamy photo breas-tfeeding her infant son in bed was something of a breakthrough when it appeared in the family-friendly People magazine. Since then, however, the gorgeous woman gorgeously breast-feeding image has become almost as de rigueur as the gorgeous woman "flaunting" her "post baby bikini body." Late last year, supermodel Gisele raised the bar when she shared on Instagram a photograph of her version of "multitasking" – feeding her infant while a squad of stylists primped her. But even that photo was grounded in reality – a reality beyond that of most working moms, but a reality of Gisele's nonetheless. Now, the new photo of Wilde – and her accompanying observation that "You can be someone who is at once maternal and professional and sexy and self-possessed" -- have created the latest frenzy of headlines and approving enthusiasm, and taken breast-feeding into the realm of full-on fantasy. Gee, and it was just days ago that Gwen Stefani was winning the "best breast-feeding photo ever" sweepstakes.

Wilde's September appearance in Glamour is, by her own admission, a highly romanticized version of her life. As she says, "I certainly don’t really look like that when I’m [typically] breastfeeding. And there’s usually a diaper involved." She also tweeted this week, to those wondering about her naked baby, that son Otis in fact "peed on my dress" during the shoot. But if you want to go even further for the cause of keeping it real, a friend of mine who's a new mother suggests, "You want to present an authentic image of motherhood? Put your nannies in the picture." She further questions Wilde's light, effortless grasp on a seemingly weightless son – a baffler for many of us who've actually held nursing infants as well. "Who can get a baby to latch when you're holding him like that?" she asks. "This whole supermodel with the perfect boob levitating toward the baby's mouth without even a visible stretch is crazy."

This week, Wilde humbly thanked Glamour "for knowing there's nothing indecent about feeding a hungry baby." That is a point that, unfortunately, still needs to be made, again and again. But please, editors and publicists and actresses, let's be cautious about using those hungry babies as props in photo shoots, and about depicting breast-feeding as a fashionista dream. It's not like frolicking on a St. Lucia beach in a bathing suit or posing on a castle's staircase in a ball gown or any other typical women's magazine trope that everybody mostly accepts as occurring in a realm outside reality. In contrast, feeding a real baby is a beautiful but often exhausting, flesh-wrenching, viscera-laden and incredibly challenging act. And if you want to say in an interview that "Breastfeeding is the most natural thing," then show it as a natural thing -- out of couture and high heels.