Dov Charney is gone -- but judging by the company's new "School Days" ads, it doesn't seem that way 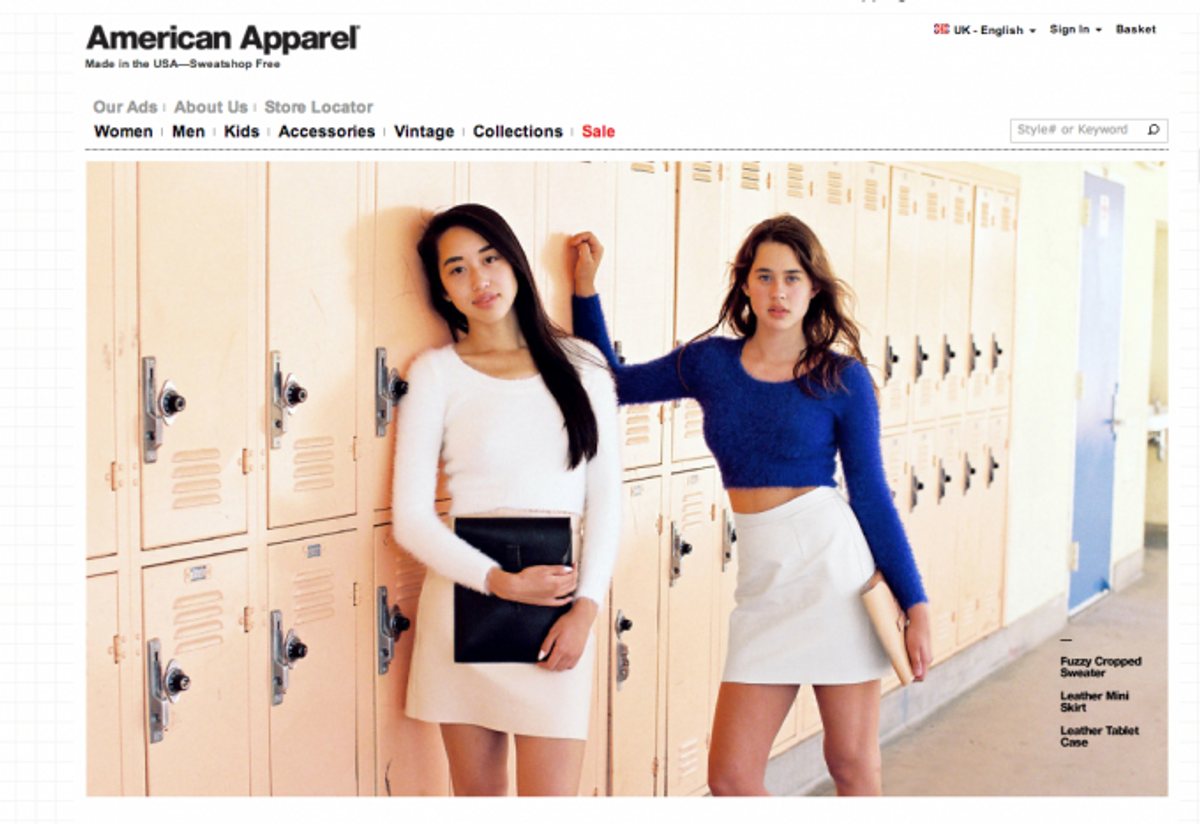 American Apparel, a company notorious for sexist advertisements and an even more sexist founder, has come under fire this week for a racy "back to school" campaign launched in the U.K., featuring young women posing provocatively in school settings. The brand is calling the campaign "School Days" and it isn't trying to hide any intended sexual allusions: Two of the items modeled are called the "Lolita skirt" and "Lolita top," no doubt in homage to the sexualized schoolgirl in Vladimir Nabokov's eponymous novel.

As Emilie Lawrence, who first posted a screenshot of the Instagram photo before it was deleted from American Apparel's social media, told i100: “The way in which American Apparel objectify and sexualize female bodies is damaging and rooted in patriarchal notions about a woman’s worth. [Ads] like this reduce women down to little more than body parts to be claimed, and reinforce idea that our primary purpose is to be appealing to men.”

The campaign is consistent with American Apparel's earlier sexualized imagery, which once reflected the artistic vision of former CEO Dov Charney, who was booted from the company in June. Charney, who has been accused of making inappropriate sexual advances on more than one occasion, allegedly created "a sexually charged, hostile environment" at American Apparel during his tenure. Perhaps the environment at the company has changed since his departure; judging by the new advertisements, though, that doesn't seem likely.