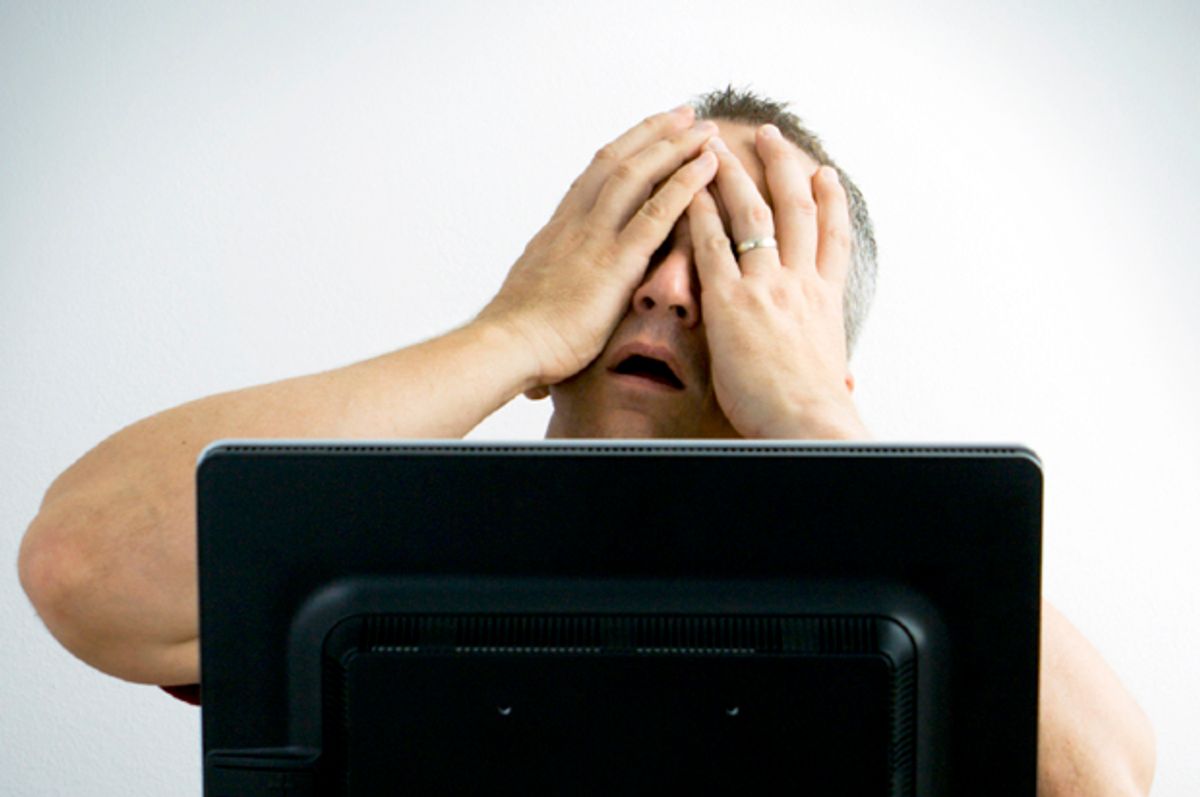 There are plenty of reasons to loathe Facebook. There's the new messenger app that they're making users install if they want to chat on their mobile devices. There's the way they screwed around with users' feeds, just as a little experiment. There's the overall way it makes people unhappy. If you see it as a community, it's pretty terrible. But if you instead choose to view it as the world's most effective bozo-disclosing app, it's rather brilliant.

On Wednesday alone, two outspoken Facebook users found themselves facing abrupt ends to their jobs after realizing too late that other people can actually see what you post in public. First, Virginia state Republican Party treasurer Bob FitzSimmonds resigned after controversy erupted when he declared on Facebook that Barack Obama's recent comments on the achievements of Muslim Americans were "pure nonsense," and asked, "Exactly what part of our nation’s fabric was woven by Muslims? What about Sikhs, Animists, and Jainists? Should we be thanking them too?" FitzSimmonds also drew ire earlier this year when he referred to Fairfax County Delegate Barbara Comstock as a "twat." And in 2012, he raised eyebrows for speculating about when Obama "dies and goes to hell." In a resignation letter he submitted to the State Central Committee this week, he said, "After discussion with several party leaders it seems clear that I will either need to stop posting on social media or step down from my party office." While another, brighter individual might have chosen the former – to simply ease off on saying idiotic and offensive things in public -- fortunately for FitzSimmonds' colleagues, he chose the latter.

Also on Wednesday, a Texas police detective was fired after posting a Facebook tirade about the local "useless lazy turdbags" with "thousands of dollars of ink have adorning their unclean bodies" on government assistance. In his recent post, Detective Rob Douglas vowed, "I promise, if I ever snap and go on a killing spree, it will be in a supermarket on the first." When announcing the decision to terminate Douglas, Marlin Police Chief Darrell Allen called the comments "inappropriate and troubling." And yet, they did help take an resentful, angry cop off the streets, so they've got to be at least a little good for something.

In its relatively short lifespan, Facebook has proven itself the downfall of countless racists, sexists, homophobes and straight-up dopes. Turns out there's always somebody willing to log on and do something regrettable. Earlier this summer, an Illinois woman was arrested for shoplifting – after posting selfies of her new merchandise on her page. And last month, after bragging on Facebook that "Y'all will never catch me," Baltimore police did just that to Roger Ray Ireland after he violated his probation. And on Aug. 5, a Swedish politician abruptly ended his campaign shortly after referring on Facebook to "the Jewish pigs." Reminder: This is all just in the past few weeks.

Sure, it's true that not-too-bright people have been figuring out ways to shoot themselves in the feet long before the invention of social media. And many of Facebook's practices are still borderline evil, and your feed is still full of other people's sandwiches and desperate attempts to entrap you in their web of Candy Crush. But if you think of it as serving a valuable public service function – enabling people who really ought to lose their jobs or go to jail to lose their jobs and go to jail -- it suddenly becomes meaningful. So thanks, Facebook, for being too irresistible to people with bad ideas and poor impulse control. You're weeding them out for the rest of us, and for that – and some days, that alone – you're worth it.