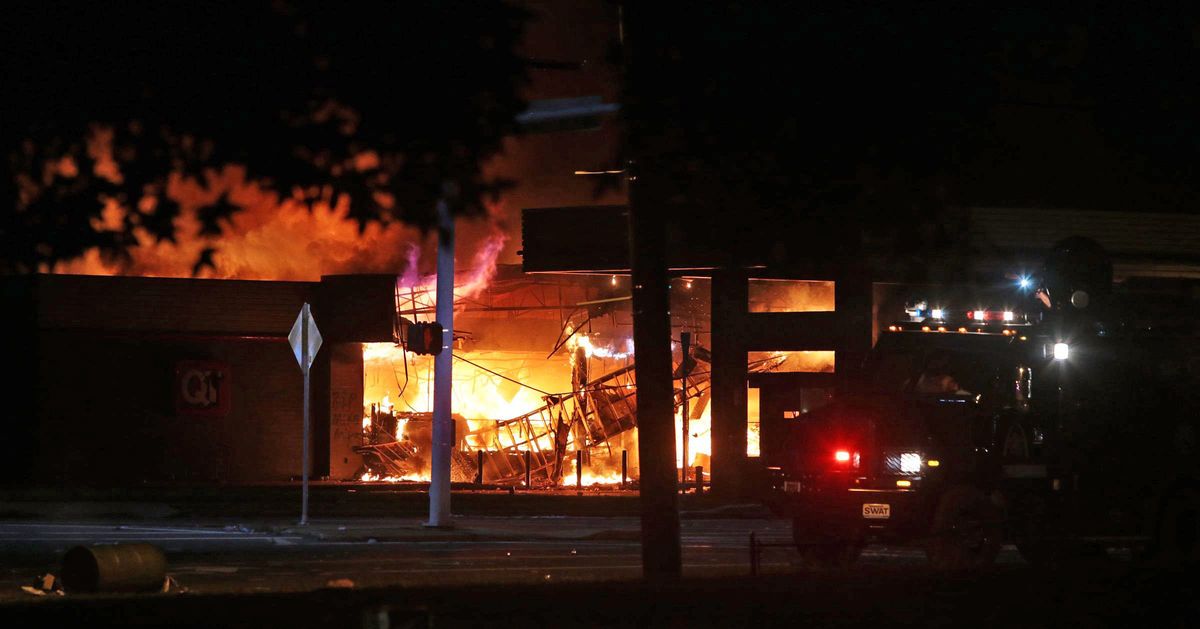 A fire is seen Sunday, Aug. 10, 2014, in Ferguson, Mo. A few thousand people crammed a suburban St. Louis street Sunday night at a vigil for unarmed 18-year-old Michael Brown shot and killed by a police officer, while afterward several car windows were smashed and stores were looted as people carried away armloads of goods as witnessed by an an Associated Press reporter. Video posted online by the St. Louis Post-Dispatch showed a convenience store on fire. (AP Photo/St. Louis Post-Dispatch, Robert Cohen) (AP)
--

1. ARMS SENT TO KURDS IN FIGHT AGAINST ISLAMIC STATE

An Egyptian-brokered cease-fire halting the Gaza war is holding, allowing Palestinians to leave homes and shelters as negotiators will resume talks in Cairo.

4. AS PROBE BEGINS, TONY STEWART STEPS AWAY FROM TRACK

The NASCAR star skips the Sprint Cup race at Watkins Glen the day after his dirt-track car struck and killed a fellow driver who tried to confront him.

Marlene Pinnock thought she was going to die as a CHP officer straddled her, repeatedly striking her head, on the side of a LA freeway.

California lawmakers are considering what would be the first-in-the-nation measure requiring all colleges that receive public funds to set a standard for consensual sex.

7. WHAT KOCHES ARE DOING FOR THE GOP

Conservative activists like the Koch brothers are helping fund English classes and health checkups for Spanish speakers to build credibility with Hispanic voters.

Shailene Woodley and Ansel Elgort of "The Fault in Our Stars" ride a victorious wave at the Teen Choice Awards.

10. WHO'S MAKING HISTORY IN GOLF

Rory McIroy joins Jones, Nicklaus and Woods as the only players 25 or younger to win four majors in the last century when he captured the PGA Championship