Earn money by doing "literally anything else," the comedians advised 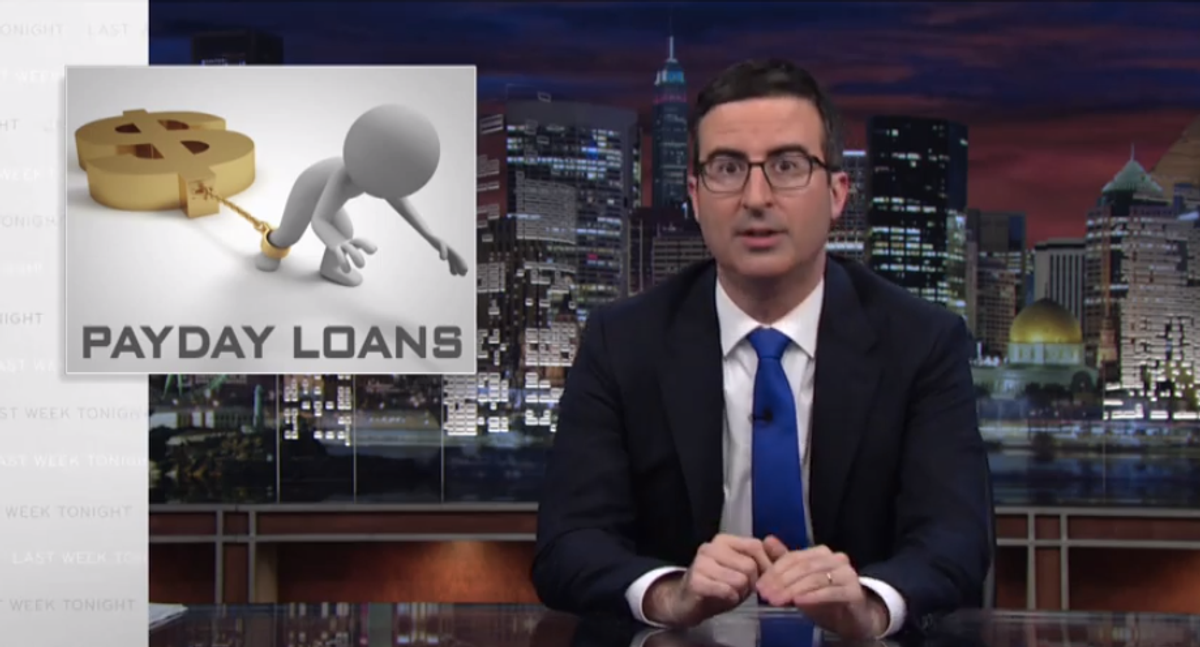 In this week's "Last Week Tonight," comedian John Oliver took on the predatory $9 billion payday loan industry and concluded that the these high interest short-terms loans "are terrible for you."

The corporations who run them, it turns out, "are incredibly good at avoiding regulation," and charge interest rates of up to 1900 percent. This compels the victims/consumers, a large percentage of whom are poor, to then take out additional loans to pay for the original loan.

Comedian Sarah Silverman issued a PSA warning desperate consumers to earn money by doing "literally anything else," including donating blood or sperm. "The point is, no decision in your life will be worse than dealing with these payday loan motherfuckers,” she said. "They’re motherfuckers, they’re fuckers of mothers. So, if you’re thinking of getting a payday loan, just simply pick up the phone, and then put it down again and do literally anything else.”